Mutual AID For The End Of The World 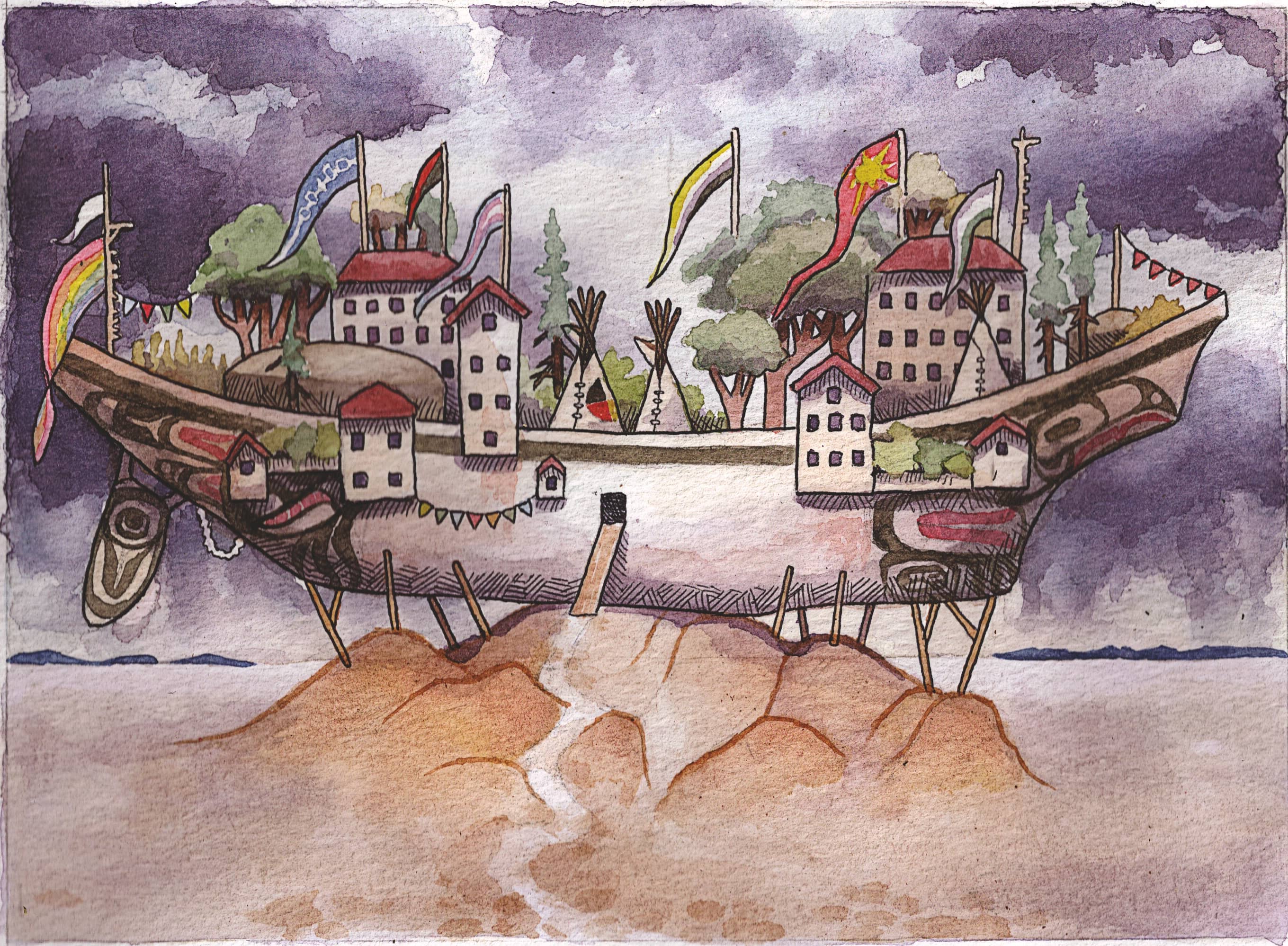 Conversations with disabled, trans, and racialized survivalists who are changing what it means to be a disaster prepper

A us Bahadur doesn’t look anything like the doomsday preppers you’d see on reality TV. When I walk into their workshop, they’re holding a mobility cane and wearing a T-shirt that reads “Low Femme Weirdo.” In their early 30s, the Toronto resident invokes a casual, sardonic humour as we discuss potential scenarios that could end or seriously alter our lives in a future marked by climate change – from floods to fire to scarcity of food and potable water.

Aus started teaching the GOAT (Get Out Alive, Together!) workshop series in Toronto in 2016, in response to the overwhelming number of people teaching survival and disaster-preparedness skills from a right-wing, individualist perspective. GOAT is rooted in principles of mutual aid and collaboration, with a focus on marginalized identities – centring the people who mainstream disaster narratives often paint out of the picture, portray as a threat, or assume would succumb to the Darwinian logic of “survival of the fittest.”

“I identify as ‘multiply marginalized,’ which is a simple way to say a very complicated thing,” Aus explains to me. “I’m PoC [a person of colour], I’m mixed-Black, I’m from a low-income family. I have mobility issues and chronic pain, as well as obsessive-compulsive and anxiety disorders.” By virtue of these things, they explain, even the decision to leave the house involves risks ranging from physically inaccessible infrastructure to harassment from police.

GOAT discussions can range from how to make homemade insulin if pharmacies shut down, to how to evacuate from Toronto if roads are closed, to how to navigate interpersonal conflicts when the survival of a group is at stake. Aus explains, “The first thing I say [when I teach] is that literally no one is able to survive day to day without relying on someone else – why do we assume we can do this when everything is falling apart?”

“WE ARE THE ONES WE HAVE BEEN WAITING FOR”

“Doomsday prepper” and “survivalist” narratives tend to feature a lone white man with an automatic rifle defending his family against groups of fictionalized aggressors – be they racialized migrants, “street gangs,” or vague and alarmist conceptions of “the left.” Survivalist websites and message boards are peppered with references to masses of “starving people knocking on your door” who are “trying to take what you have” (these quotes are from skilledsurvival.com, a prepper website run by a “patriot” Colorado man who calls himself “Just In Case” Jack). The far right has found an eager audience in prepper communities by promoting fears of white, heterosexual existence dissolving under the tyranny of decolonial, anti-racist, and LGBTQ2S movements. “There is absolutely nothing that will save us. […S]tock up on weapons and ammo and protect your family when they come to slaughter you,” reads a tweet from one right-wing survivalist account in response to a Confederate statue being vandalized.

“What these preppers are preparing for is a fantasy where they are no longer beholden to the expectations of others, but also capable of individually replicating all of the functions of a society that they take for granted,” says Aus. Mainstream prepper culture began during the anti-communist fear-mongering of the Cold War – but survival-oriented communities of queer, racialized, and disabled people have always existed. After Hurricane Katrina hit New Orleans, it was the Common Ground Collective, founded by anarchist organizer scott crow, former Black Panther Party member Malik Rahim, and community activist Sharon Johnson, that provided vital disaster relief – food, shelter, and medical care – to New Orleans’ primarily Black residents when the state failed to do so.