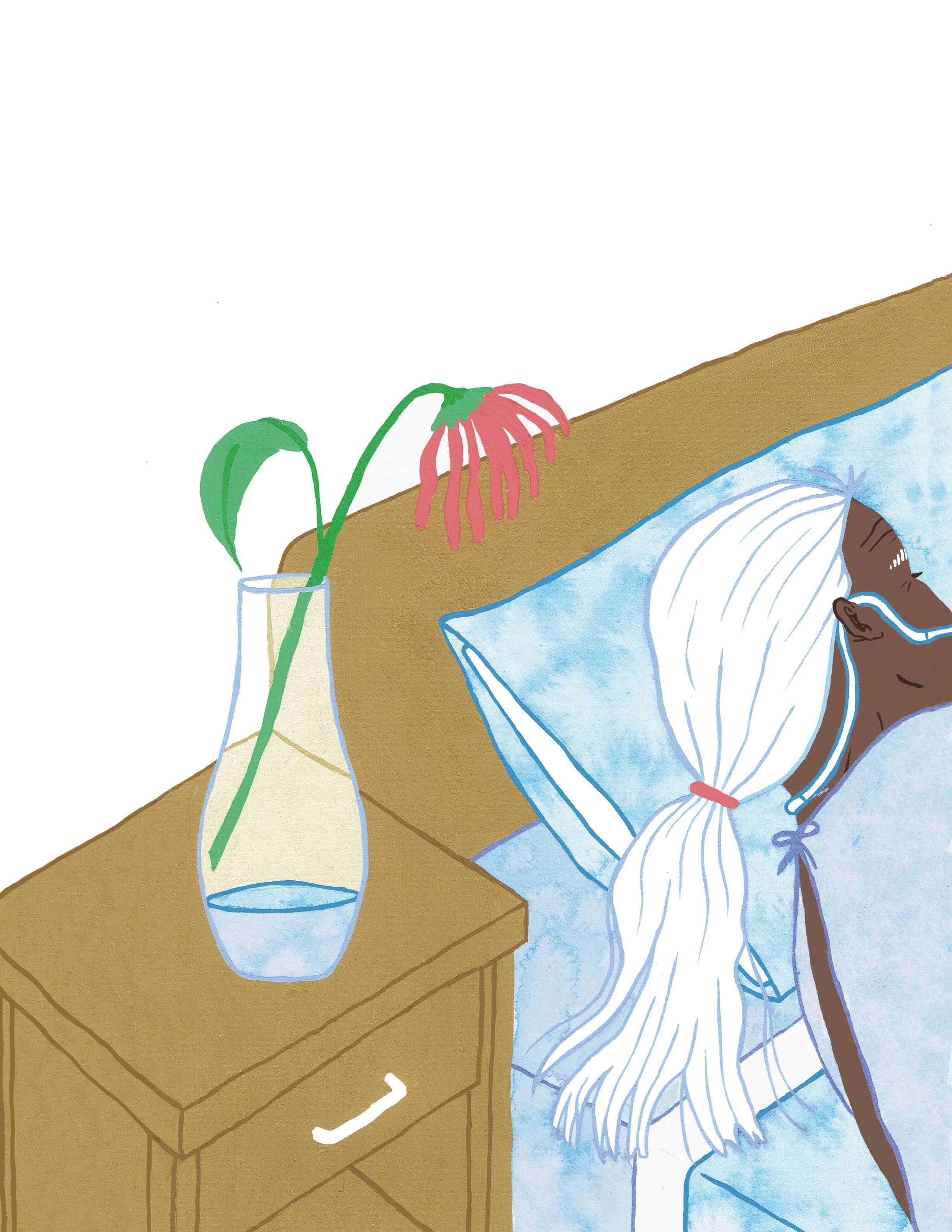 Canada’s population is aging, and we’re not prepared to offer people the death they deserve

On the first day of her nursing practicum at a long-term care facility, Jennifer Mallmes was tasked with bathing an elderly woman. It was silent when Jennifer entered the woman’s room and approached her bed. The elderly woman opened her eyes and asked Jennifer to brush her hair. Jennifer softly stroked the brush through the woman’s hair a couple of times. The woman said thank you, and then she died. Had it not been for Jennifer, she would have died alone in a dark, silent room.

In Canada, thousands of people die away from their homes and families in hospitals, hospices, and long-term care facilities each year. A disproportionately high number of them are women – 45 per cent of women die in nursing homes, compared to 29 per cent of men.

Women, historically branded as “caregivers,” provide 60 to 75 per cent of elder and life-limiting illness care. But when women themselves require end-of-life care, the central caregiving unit is down – women’s own needs are often considered secondary.

“I was angry for having been put in that position,” Mallmes recalls. “I was angry at the family for not being there. I was angry at myself for not having known what more I could have done for the woman in her final moments.”

After that pivotal day, Mallmes chose not to pursue nursing. “I left nursing school and began a journey to study death, dying, and seniors,” Mallmes explains. Having studied gerontology and sociology at Simon Fraser University (SFU) in British Columbia, she now advocates for better quality end-of-life care in Canada and works as an end-of-life doula to support those who are dying and their families. Doulas establish relationships with dying people and create opportunities to speak about the processes of dying, death, and last wishes. Mallmes also provides end-of-life education programs for others to fill what she calls the “gaps in the medical and social services fields around end of life.”

The demand for end-of-life care has grown with Canada’s aging population and the increase in chronic illness. With that, the need for improvements in care has grown, too.

Palliative care – one stream of end-of-life care – has long been defined as specialized medical care for patients and families dealing with chronic and life-limiting illness. Providers manage patients’ pain and stress, support families, and coordinate with doctors – creating comfort while trying to maintain the patient’s dignity. In 2016, a private member’s bill demanded the creation of the Framework on Palliative Care in Canada. The bill was in part a response to Canada’s changing demographics, but it was equally fuelled by people’s desire to have more options and autonomy in their final days – including choosing alternative holistic practices.

Despite being a comfort-focused approach, palliative care is still heavily clinical and medicalized. “Our medical system is great – so great [that] it creates the opportunity to put death on hold,” says Mallmes.

In 2015, the father of Kelly Ogilvie, an emergency room physician at Vancouver General Hospital, was battling dementia in Ontario. Relying on the public health-care system, he waited over two years to be accepted into a long-term care facility while Ogilvie’s mother struggled to care for him herself, cover medical equipment rentals out of her own pocket, and eventually navigate the challenges of having a different home care provider each day. “They didn’t know my dad, they didn’t know the routine,” Ogilvie says. She recalls that one of the hardest parts of their end-of-life experience, as a family, was “having him at home for way, way longer than he needed to be because we couldn’t get him into care.”

Hospice palliative care provided in a hospital is usually covered by provincial health-care plans. As Ogilvie’s father experienced, this kind of care tends to be hard to access and is impersonal even when it’s attained – but at least it’s financially accessible. However, as the population ages and long-term care wait-lists bloat – for example, exceeding 34,000 in Ontario – more and more people are opting for private home care and care facilities.

Public end-of-life care is being eroded at a higher level, too. Premier Doug Ford, for example, has been flirting with privatizing Ontario’s health care, proposing to create a new health “super agency” that would be able to demand hospitals contract out services to private companies. The list of services includes home care and palliative care. Ford has also proposed setting health-care funding at less than the rate of inflation and general demographic growth, ignoring the expected aging population. It would ensure that demand for services will vastly outstrip what the public system can provide, creating an almost certain recipe for future cuts and further privatization.

Since 2010, federal spending on health has more or less plateaued – eroding both the accessibility and quality of public health care and opening the door to growing privatization. But privatization is not a real solution to low-quality end-of-life care; it will always be a partial solution, available only to the wealthy. Instead, we need to focus on what can be done to make public end-of-life health care more personalized and accessible.