Adding Up the Royal British Riches 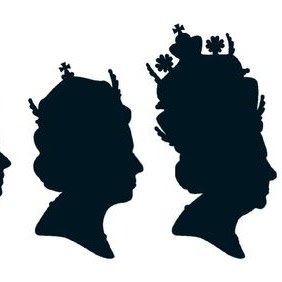 Queen Elizabeth II became the longest-reigning monarch in British history on Sept. 9, when her tenure reached 63 years and 216 days. She overtook her great-great-grandmother, Queen Victoria, who cemented Britain’s position as a superpower with an empire encompassing a quarter of the world’s land. While Elizabeth’s country has lost global influence during her reign, she’s ruled over an unprecedented period of wealth creation, marked by the emergence of billionaire financiers and entrepreneurs. Thus the woman who inherited one of the richest thrones in the world in 1952 has steadily slipped down the rankings of Britain’s richest people.

The 89-year-old monarch’s personal fortune, largely inherited from her family, is about $425 million, according to an analysis by Bloomberg. That’s a mere 3 percent of the $14.4 billion fortune of the richest Briton, Gerald Grosvenor, Duke of Westminster, a landowner and property developer with extensive holdings in London’s West End. Europe’s richest woman, Liliane Bettencourt, has a $32 billion fortune. “The queen is a steward of the monarchy,” says Sally Bedell Smith, author of Elizabeth the Queen: The Life of a Modern Monarch, a 2012 biography. “She’s not as rich as everyone thinks she is.”