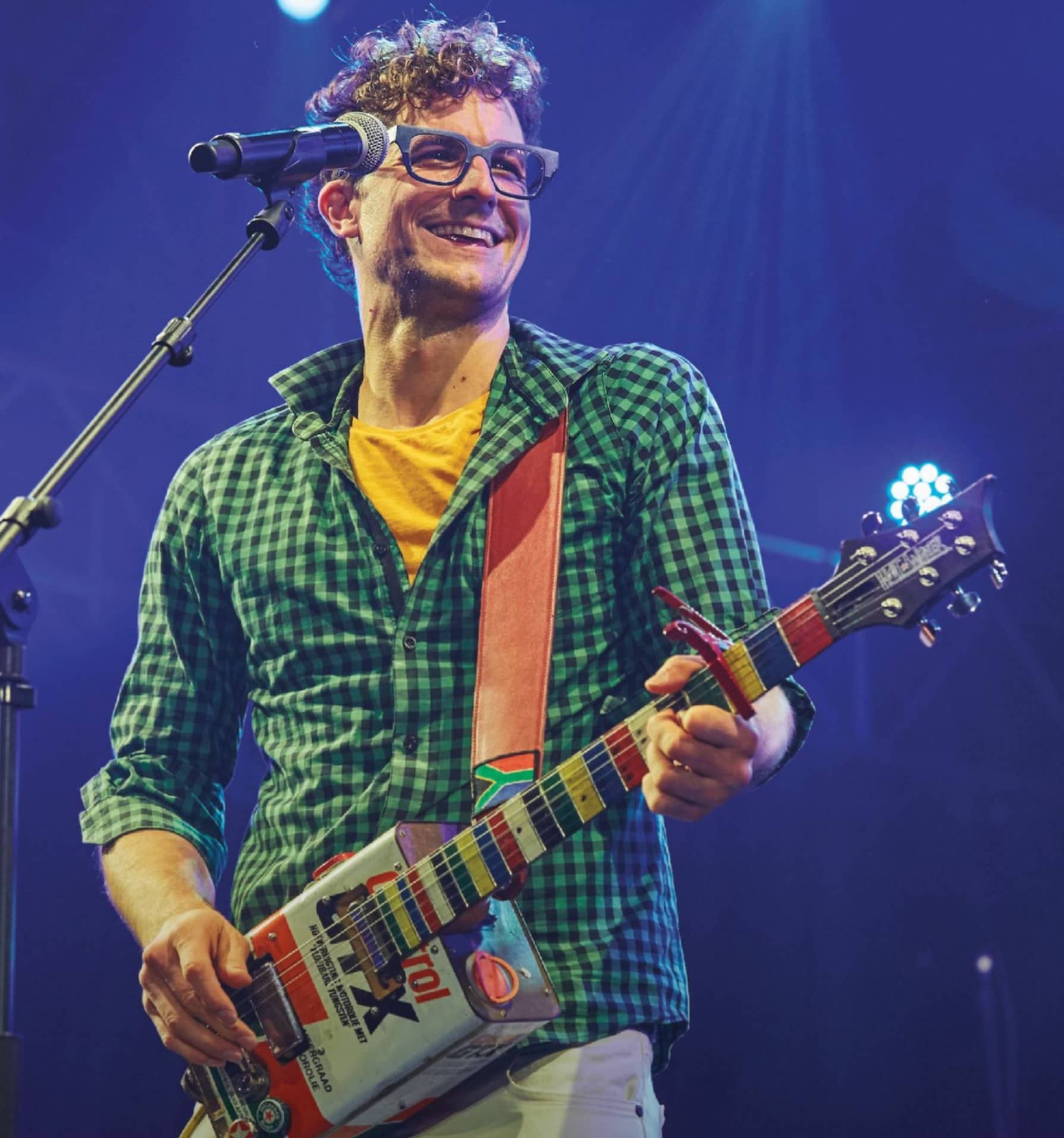 Donovan Copley, lead singer of the band Hot Water and father to three children, chats to us about his music and plans for the future ...
Yolisa Qunta

The musical style of Hot Water is heavily influenced by South African music from the 1960s as well as the sounds of mbaqanga and jive. Some have compared the band’s style to the late Johnny Clegg but Donovan Copley isn’t offended by the comparison, because they were friends, which is why he cites the legendary musician as one of his musical inspirations alongside Bob Dylan, Bob Marley and Paul Simon.

Donovan shares an anecdote when watching a one of Johnny’s final concerts where the virtuoso addressed the crowd, “A musician’s job is to hold the possibility of something that seems impossible.” This was a reference to apartheid, but it tied in to the many conversations Donovan and Johnny shared about the social ills in their beloved country.

Hot Water’s high energy theatrical live act is about more than music. The band started as an easy collaboration between various musicians at jam sessions, then evolved into a fluid outfit, performing anywhere from a two- to six-piece band (depending on what’s just right for any given show).