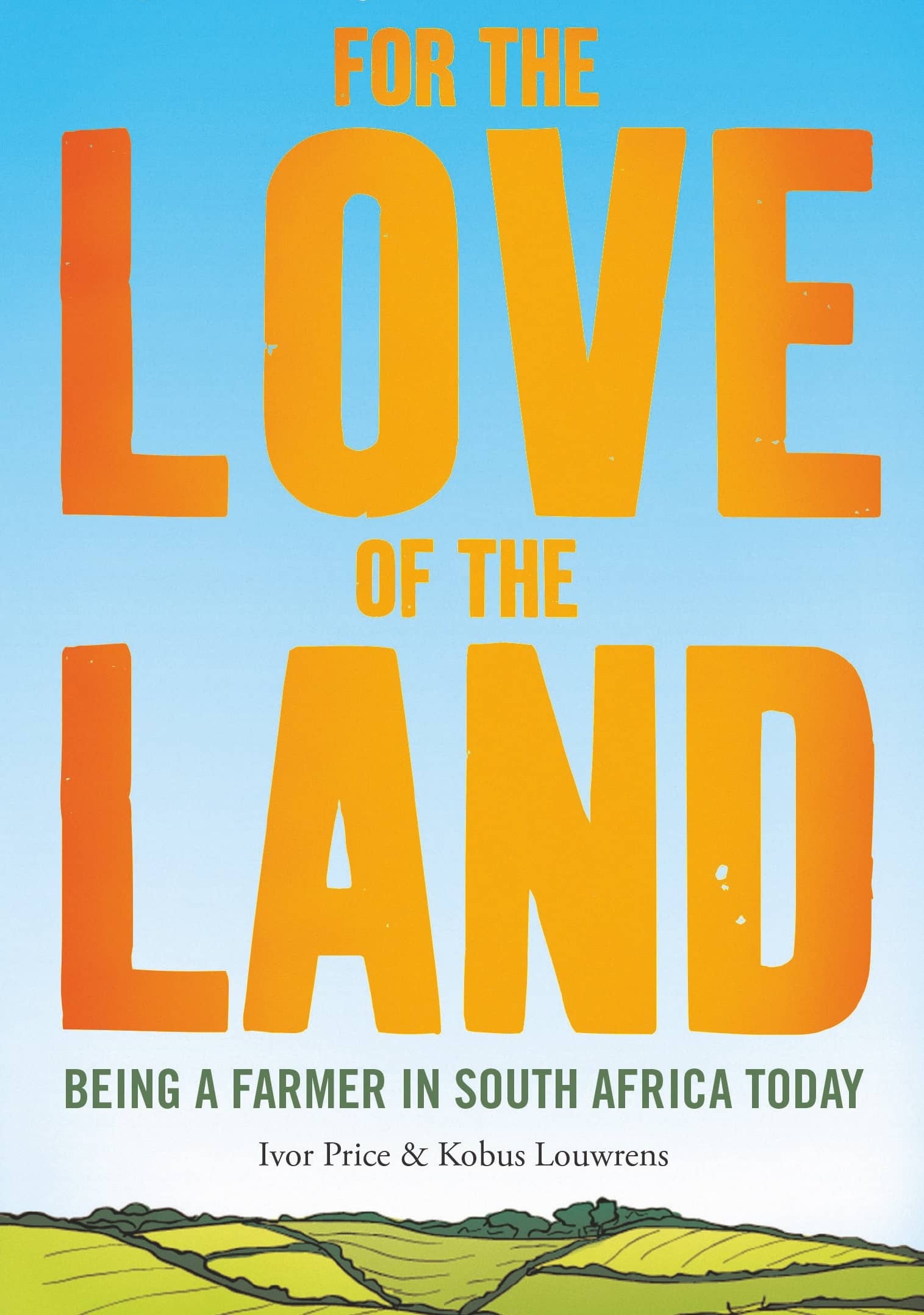 Away from the heated political debates, For the Love of the Land by Ivor Price and Kobus Louwrens introduces South Africans to the unsung heroes of the agricultural industry. Here’s an extract written by Ivor, which focuses on the power of land to promote nation-building and social cohesion by telling stories that are often overlooked by broader society.
Ivor Price and Kobus Louwrens
Memories of my late father Pieter Prinsloo, Queenstown, Eastern Cape For many years, my father felt like a weight on me. I carried him in my spirit, although at times I also wanted to shake him and accuse him. Mostly, though, I wanted to hold him and merge his pain with mine.

It’s his fault that I ended up as a dentist in Kimberley, more than 500 km from our family farms in Queenstown. He refused point-blank to involve me in the farming operations, signalling that I might destroy the Prinsloo legacy in the process.

Looking back, it was the biggest favour ever done to me, although for a long time it felt like I wasn’t quite good enough for him; that I’d had to set aside my dreams of a life on the farm because I’d been weighed on the scales and found wanting.

I did my bit, though. It was during my teenage years in the turbulent 1980s that I first farmed on Pelgrimsrus and Arendskrans, two of our farms on the banks of the Black Kei River. Without fail, my job was to pick up the workers in my bakkie just after sunrise on Saturday mornings to gather the cattle. I was a child when my father first taught me to count the cattle one by one. To check their behaviour, because it often signalled their health status.

I wasn’t paid for it, of course. It was part of my birthright. I was born to follow in my father’s footsteps, until one day when I damaged my bakkie’s chassis on a dirt road. This infuriated my father and wounded me to the point that I decided to no longer serve him, and to move to Kimberley.

At the time, Marietha and I had been married for five years; one morning before dawn we loaded our few belongings onto a cattle truck and started a new life in the Northern Cape with our children, Koot and Helené. I borrowed money to start a dental practice there.

I was now a full-time dentist, but I guess my love for agriculture was the reason I joined a local farmers’ association – a lifesaver that eased our integration into a new community and helped to keep my mind off the lost opportunities in farming. Eight years later, just as I was getting used to living there, my father summoned me back home to gradually take over the farming operation. I was no longer the 24-year-old warrior who had deserted the Langside family farm in the summer of 1989. You know, I’ve done my bit, sort of. I’ve had my family. I’ve looked after them. I wasn’t doing too badly as a dentist either. But there I was, back on the farm on my father’s instruction.

He never apologised, but I do consider the weekend of my arrival as a reconnection. I no longer felt angry and resentful, and he no longer thought of me as an idiot who would ruin the family farm. It was like the good old days when I had learnt to toil; when I had watched my parents work from dawn to dusk, six days a week.

At my father’s request, we also visited the family graveyard in Hartebeesfontein, the Prinsloo family farm, on the very same weekend. I did not understand it then, but he made me promise that he would not be buried there once he departed this world because we would lose the farm through land expropriation someday.