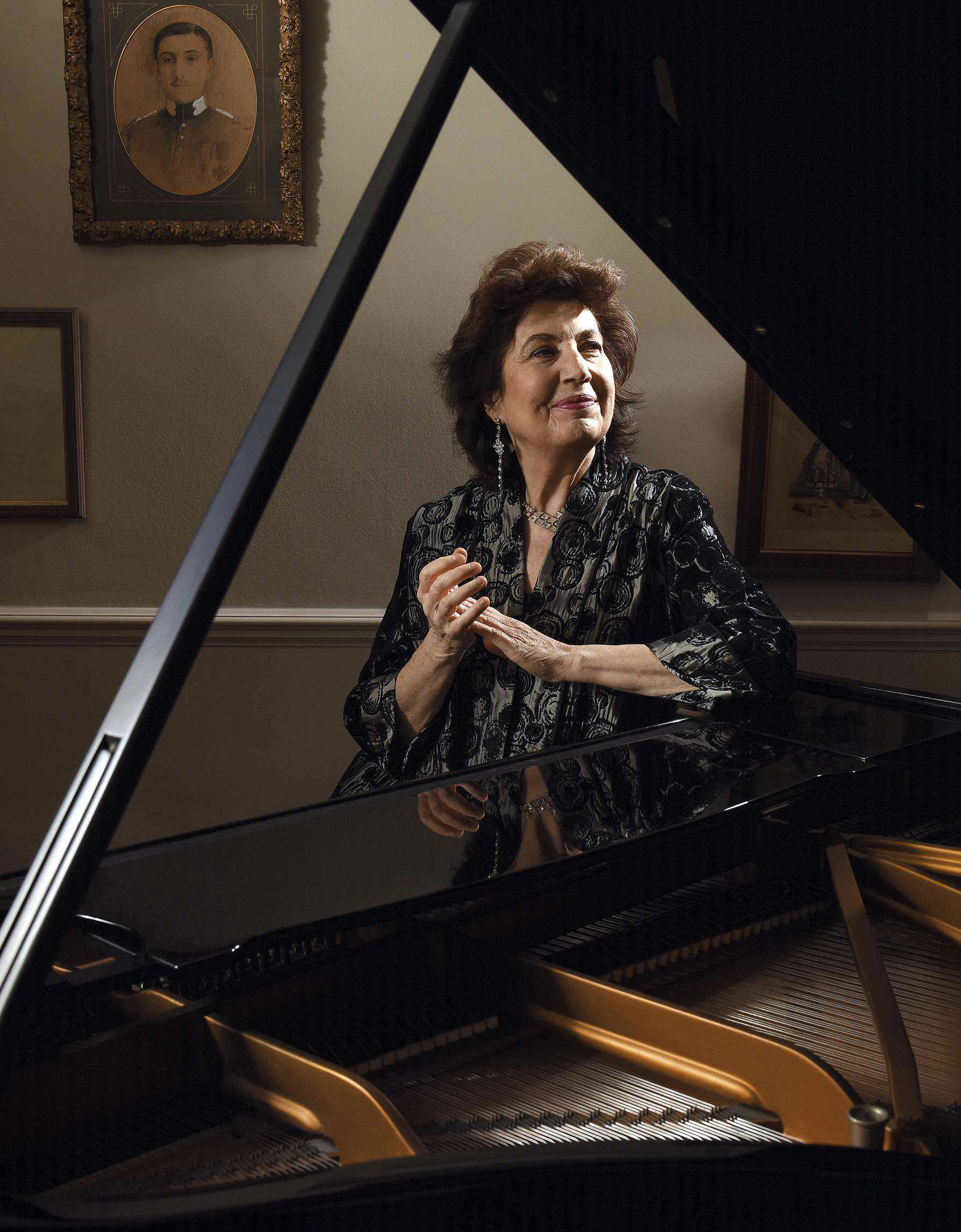 Imogen Cooper’s considerable reputation has been carved by her refined, majestic interpretations of late Classical repertoire. But now, she tells Jessica Duchen, it’s time to shake things up a bit with a little help from Liszt and Wagner

Between the big-blocked estates and snaking side-streets of Maida Vale, Imogen Cooper has found a small oasis that is a solitary pianist’s dream come true. ‘Stephen Hough came house-hunting with me and said I had to get this place – it’s perfect for a musician,’ she remarks. In her fan-shaped studio, among paintings, bookshelves and a garden full of trees, she can practise to her heart’s content. ‘I’m a great sleeper, so I usually don’t carry on till 3am,’ she remarks, ‘but this part of the house is not attached to next door, so I can work late without disturbing anybody.’

Cooper is one of those rare and special musicians whose artistic stature has always been high, yet never stops growing and developing. Indeed, many of her admirers feel she is now in her prime, reaching the stratospheres in new and wonderfully inspiring ways. She is the first to admit that she has perhaps taken a ‘slow burn’ approach. For many years her listeners associated her primarily with the Viennese classics – Mozart, Beethoven, Schubert in particular – although her interpretations of, for example, Schumann and Janacek indicated something very interesting was afoot beyond. But slow cooking can sometimes produce the tastiest results. In her sixties, Cooper has been turning at last to Chopin and Liszt, revealing a vibrant Romanticism with a powerful, personal voice. Was there a closet Romantic lying in wait all the time? ‘Definitely,’ she beams.

MUCH AS HER FANS love her Schubert and Mozart, some might be surprised by this change of direction. ‘I stayed with that too long,’ Cooper says. ‘I stayed partly because that repertoire was much demanded of me – and these fellows are so enormously difficult to play well that I was quite happy pushing my comfort zone within my comfort zone, going narrower and deeper – particularly with Schubert. I would never regret those years. But I wasn’t terribly pro-active in consciously pushing the envelope. I didn’t feel the need, because I was beavering away so strongly with music I loved. Now I’m rather enjoying changing the picture.’

What has made her change it now? ‘Simply the wonderfulness of the repertoire,’ Cooper smiles, ‘and the fact that you don’t want to leave such profound, fascinating and rich things untouched, particularly if you realise you’ve lost a bit of time. Maybe I feel mentally and physically more ready to go there. It seemed quite a natural path for me, even though many would have started with that and gone rather in the other direction.’ Having started with ‘pure’ music, she says, ‘I’ve enjoyed the expansion into music that is also healthy pianism rather enormously.’

She has made a new CD of Liszt and Wagner, original works and transcriptions, revealing an approach as profound, faithful and personal as that she brought to her recent, revelatory disc of Chopin. Liszt isn’t entirely new to her repertoire, of course: ‘It has been a while since I’ve played much of it, though,’ she says. ‘I think it’s proof of how certain things can stay a little closed inside you for a while, either through an innate reserve about going there, or a lack of belief that one can find a speaking enough voice to make it a viable option. Or it could simply be because life has taken you in a slightly different direction. This was quite a conscious pull-around.’

It was a challenge, too. ‘There’s still a huge amount of repertoire I haven’t done,’ she says, ‘and I wasn’t knocking it all under my belt at the age of 20. But in a way, I don’t regret that. It makes it harder to learn now, but my mind is fresher about it and I’m not tired of any of it, which I hope will give me a good few years yet.’

It was not Liszt that provided the first stimulus for the CD’s programme, but the composer’s son-in-law, Wagner – plus the Hungarian pianist and conductor Zoltán Kocsis, who died, aged 64, a few months ago. Cooper’s CD is dedicated to his memory.