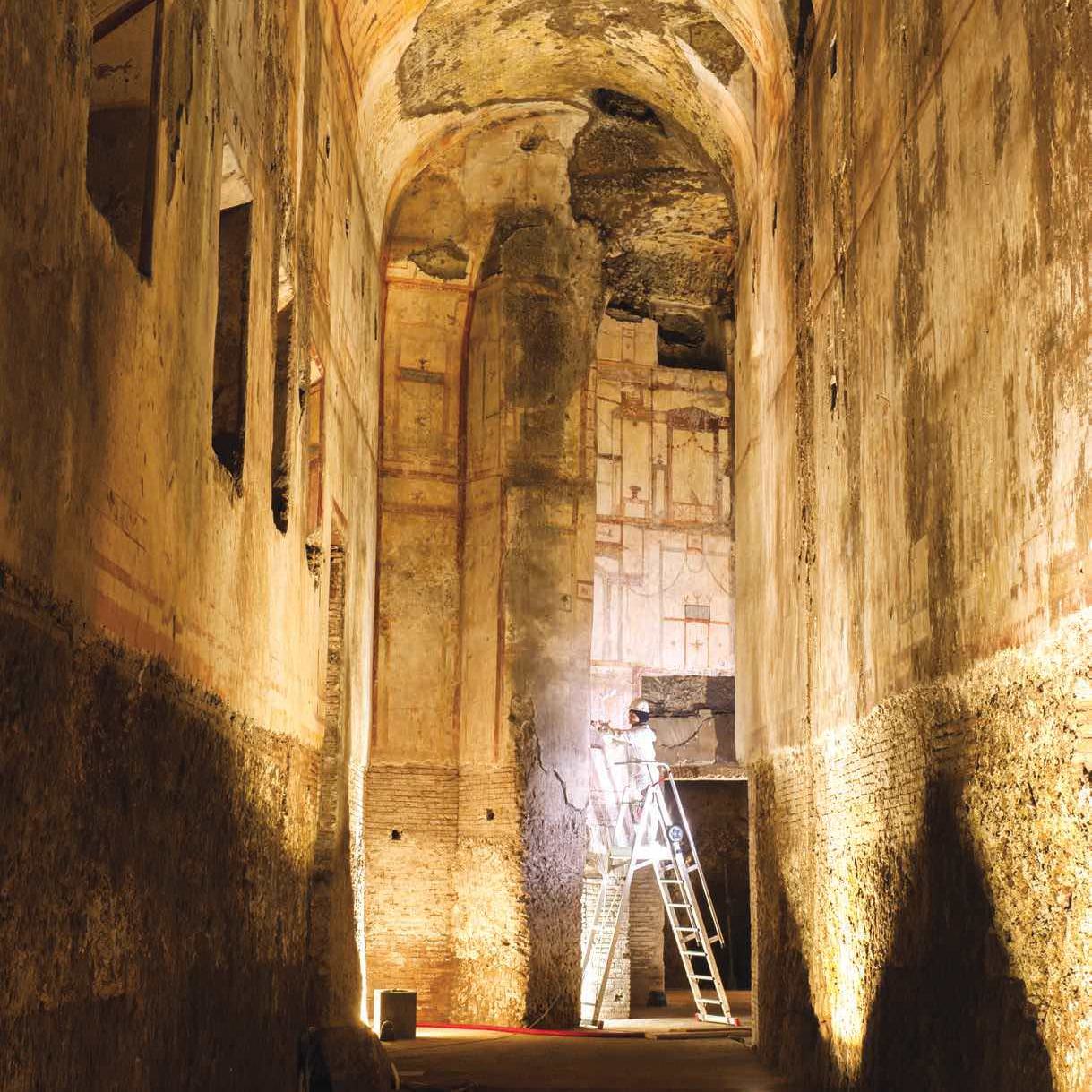 "In no other matter did he act more wasteful than in building a house that stretched from the Palatine to the Esquiline Hill, which he originally named “Transitoria” [House of Passages], but when soon afterwards it was destroyed by fire and rebuilt he called it “Aurea” [Golden House]. A house whose size and elegance these details should be sufficient to relate: Its courtyard was so large that a 120-foot colossal statue of the emperor himself stood there; it was so spacious that it had a mile-long triple portico; also there was a pool of water like a sea, that was surrounded by buildings which gave it the appearance of cities; and besides that, various rural tracts of land with vineyards, cornfields, pastures, and forests, teeming with every kind of animal both wild and domesticated. In other parts of the house, everything was covered in gold and adorned with jewels and mother-of-pearl; dining rooms with fretted ceilings whose ivory panels could be turned so that flowers or perfumes from pipes were sprinkled down from above; the main hall of the dining rooms was round, and it would turn constantly day and night like the Heavens; there were baths, flowing with seawater and with the sulfur springs of the Albula; when he dedicated this house, that had been completed in this manner, he approved of it only so much as to say that he could finally begin to live like a human being." - Suetonius, The Lives of the Caesars

In the mid-first century A.D. there was no building in Rome as sumptuous, ornate, or grand as the Domus Aurea, or “Golden House,” a lavish imperial residence and sprawling park covering hundreds of acres in an area known as the Oppian Hill between the Palatine and Esquiline Hills on the city’s northern side. Constructed by the emperor Nero and born from the ashes of the massive A.D. 64 fire that destroyed the city center and cleared the space that it would occupy—perhaps explaining the persistent suspicion held by many Romans that the emperor himself had set the fire—the vast property had hundreds of rooms. There were walls sheathed in polychrome marble, vaults and ceilings covered in vibrant frescoes by the artist Fabullus, and in precious stones, ivory, and gold, and gardens full of masterpieces of sculpture from Greece and Asia Minor. According to the Roman historian Tacitus, who praises the palace’s architects, Severus and Celer, for having the “ingenuity and courage to try the force of art even against the veto of nature,” what was even more marvelous than the spectacular interiors were “the fields and lakes and the air of solitude given by wooden ground alternating with clear tracts and open landscapes.”

Yet the emperor’s extraordinary palace was never finished, and it stood for only four years—on June 9, a.d. 68, Nero committed suicide after being convinced he was condemned by the Senate to die as a public enemy. His death brought to a close the Julio-Claudian dynasty that had begun with Augustus, and ended a reign distinguished by excessive lasciviousness, cruelty, and violence, and that led to civil war. The next three emperors ruled for only 18 months in total, and all were either murdered or committed suicide. It was not until December of a.d. 69, when Vespasian became emperor, that a period of relative calm that was to last more than a decade began. 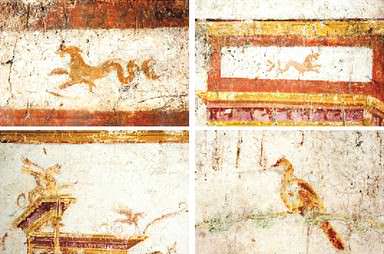