Maria Nilsson and John Ward take a break from their regular series of Gebel el- Silsila through the ages to share with us some of the archaeological discoveries from their most recent field season.

The Silsila team has just completed a very successful thirteenth season in Egypt so we thought readers of AE Magazine would like to be the first to hear about the latest finds at this amazing site. You will find a summary from the excavations of Tutankhamun’s workers village, and Amenhotep III’s stone workshop, and a snippet from the ongoing rock art survey of the northern areas of Nag el-Hammam and Shatt el-Rigal. There is also a little treat for those who are interested in later antiquity as well, with a summary of the excavations of a Roman burial site! 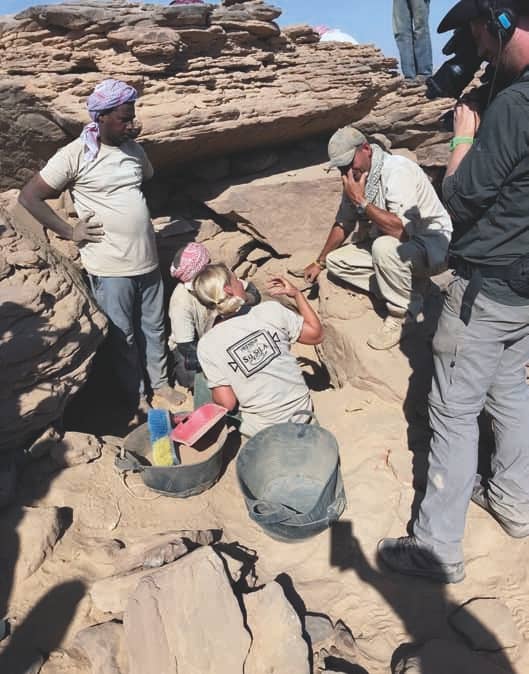 An ancient settlement was known already by a few early visiting scholars, and we marked out the location in 2013 during a larger survey of the area. The village is situated on the West Bank, just north of the modern tarmac road that connects the Nile valley with the Western Desert (Sahara), and which divides Gebel el-Silsila proper from its northern sister-site Nag el-Hammam. The settlement (shown opposite, bottom) sits upon a small hill along the first plateau, overlooking the Nile to the east and with the quarries and associated spoil heaps to its south. A well-preserved ancient road meanders through the deserted landscape to its western side, and connects the village with an ancient quay to its northeast. The nearby small temple, previously thought to belong to Horemheb, was more likely contemporaneous with the village. Sadly this was destroyed in the 1980’s when quarrymen used explosives to extract stone nearby, but the team has made a few surface finds, including a ceramic ostracon containing an architectural drawing in a style comparable with the Amarna houses, indicating an earlier date than previously thought.

The archaeological context documented so far ranges from Prehistoric rock art and lithic industries, to Roman occupation and early Ottoman trade route activity. Based on the initial survey the village spreads out over an approximately 80 x 90 m area, and includes at least 73 rooms. It is divided in three main clusters, but individual structures appear too. The shape of the rooms, including rectangular and semicircular examples, is generally determined by the natural formation of the ground and cliff; some use protruding cliff faces to support the drystone wall. In terms of size, they range between approximately three to six metres across. 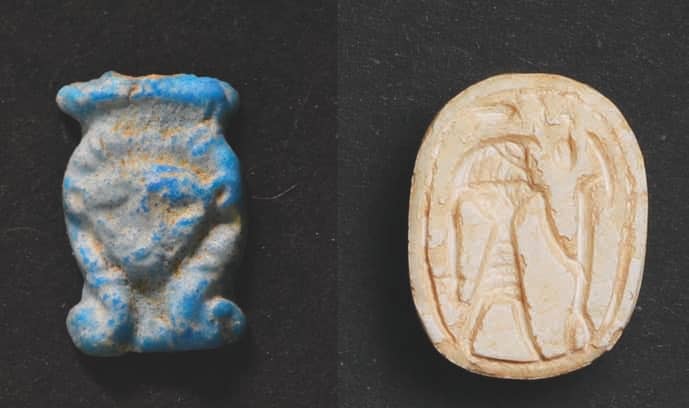 In 2013, when the team first documented the village, there were no threats to the site, and therefore it was not prioritised for excavation. Now, however, there is a growing danger, firstly by agricultural and urban encroachment, and secondly by contamination caused by sewage from the village of Nag el-Hammam, which is pumped into a nearby valley. Thus, we began the initial stages of a comprehensive survey and documentation of the workers’ village this season. As a first step, the area was visually surveyed and the structures were allocated individual numbers, photographed and measured. So far, 41 rooms have been numbered, some of which, based on their size and orientation, appear to have been used as storage facilities. Test trenches were made in a number of rooms and among the finds were a scarab engraved with a depiction of god Re-Horakhty (or perhaps Montu – top right), a faience amulet depicting the goddess Hathor (top left), and numerous fragments of post-Amarna ware decorated with distinctive blue painted patterns, red and white lines, and water-lily motifs (overleaf, top left). 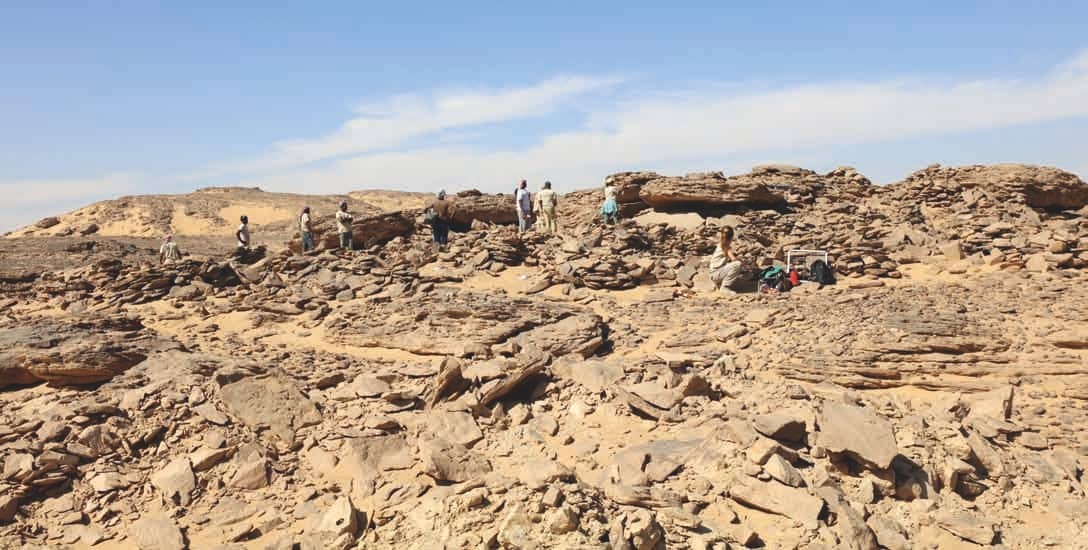 While John and the team excavated the village proper, Maria conducted a comprehensive epigraphic survey of the area, and discovered a hieroglyphic inscription – perhaps marking the boundary between village and associated burial site – as well as various forms of ancient graffiti, and Predynastic rock art.

There is also a quarry (GeSW.Q8) adjacent to the village which has a hieroglyphic inscription with Tutankhamun’s name. Intriguingly though, the name was misspelled, having an extra N (water-sign) but missing the T (bread-sign). The area surrounding the text was excavated in order to determine the potential existence of additional text, but instead we found a shallow trench, most likely used for feeding animals. 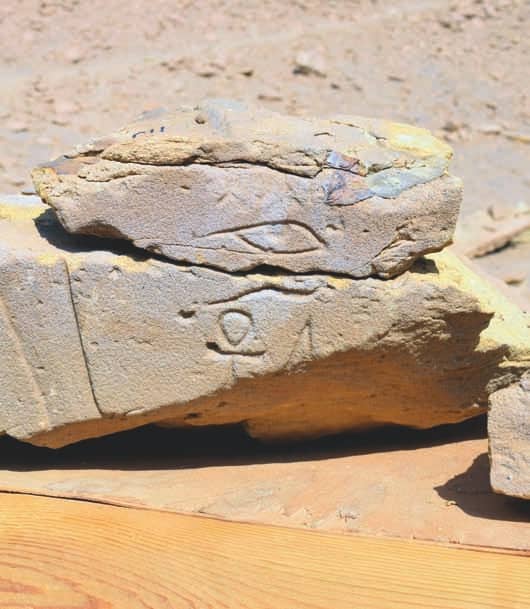 Another intriguing aspect of the village is the possibility that the current settlement was built upon a much earlier structure. Middle Kingdom papyri (as reported in previous articles) mention a fortification at Gebel el-Silsila, but its location has since been lost. However, tell-tale signs include a Middle Kingdom road discovered and documented recently by the team. This road runs directly behind the village and may well have supported the possible fortification; but it may also have provided an alternative transport route for the quarrymen at times of river flooding when the Nile was not accessible or safe. Thus, their cargo would have had to be unloaded and taken across land on alternative routes. Further archaeological work is planned for the upcoming Season 14. 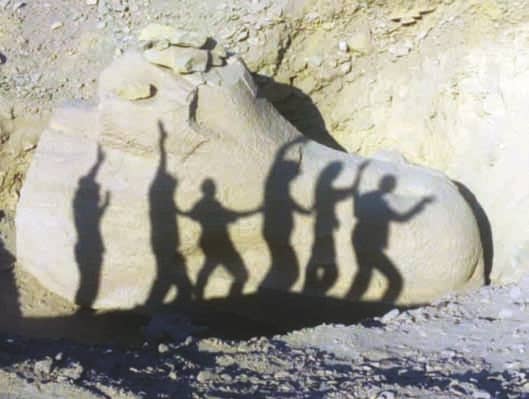