GEBEL EL-SILSILA THROUGH THE AGES - Scarabs for the Children 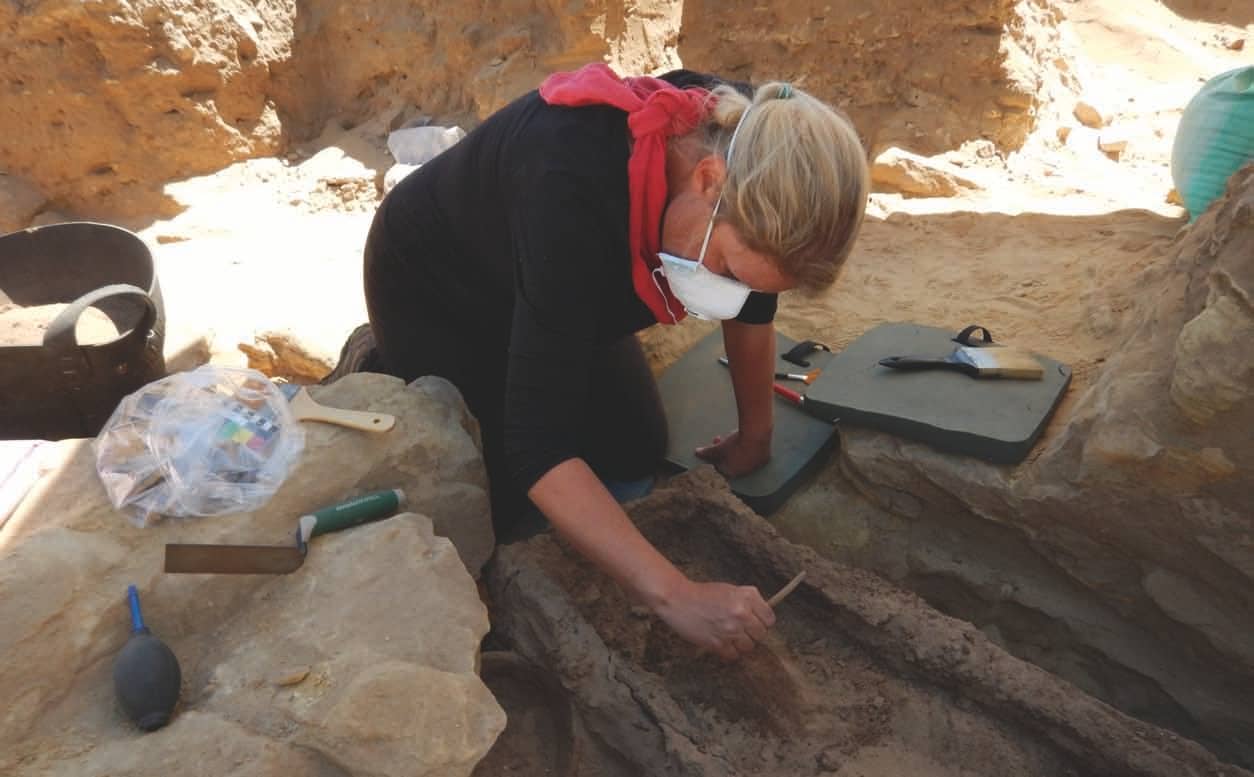 In a slight diversion from their on-going series on the historical development of this fascinating site, Maria Nilsson, John Ward and Patricia Coletto return to the Thutmoside cemetery at Gebel el-Silsila East and examine in detail two of the intact child burials discovered by the Gebel el-Silsila Project team, with special focus on scarabs and scaraboids.

The Thutmoside cemetery is located in the northern part of Gebel el-Silsila East, with seventy-three burials discovered so far, thirty-three of which are in rock-cut chamber tombs (see map opposite, top). The remaining forty internments can be classified into three groups: those in external crypts, those under cliff overhangs, and a few where the body was placed upon the ground within the surrounding quarry landscape. A total of eight intact child burials were discovered and excavated in 2016-2017, all found in individual burials outside, or relatively close to, chamber tombs. Burials ST44 and ST51 contained infants (ST44 neonatal), wrapped in reed and textile respectively, secreted within the overhangs of the natural sandstone bluffs and covered with stones. A carnelian necklace was placed around the neck of the infant of ST51, who was further protected by an amulet of dwarf-god Bes. A rock-hewn crypt (ST59) contained a toddler of approximately two to three years of age, wrapped in textile, surrounded by organic material that had been destroyed by termites, and covered with a poorly-preserved crumbling sandstone lid, once sealed with plaster. Burials ST56, ST58, and ST69 contained children and young adults between the ages of five and late teens, each placed within the quarry landscape rather than in proper burials, also covered with quarry spoil and without burial goods. These latter three individuals show pathological indications of sickness and/or fractures. 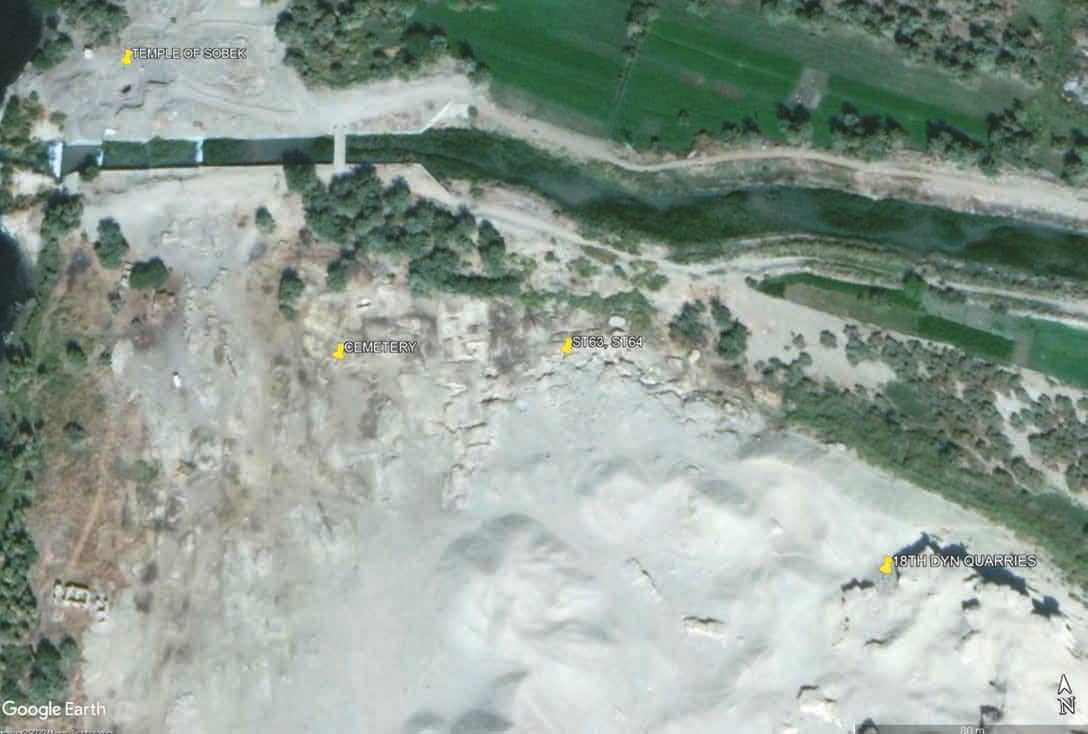 In this article, we will focus on the intact child burials ST63 and ST64, which were discovered at the end of the season. The two bodies had been placed on their backs, with their hands along their hips, within a natural bedrock fracture-line, situated slightly elevated outside one of the major chamber-tombs in the central part of the cemetery. The graves were separated from each other and sealed at each end by flat sandstone slabs. 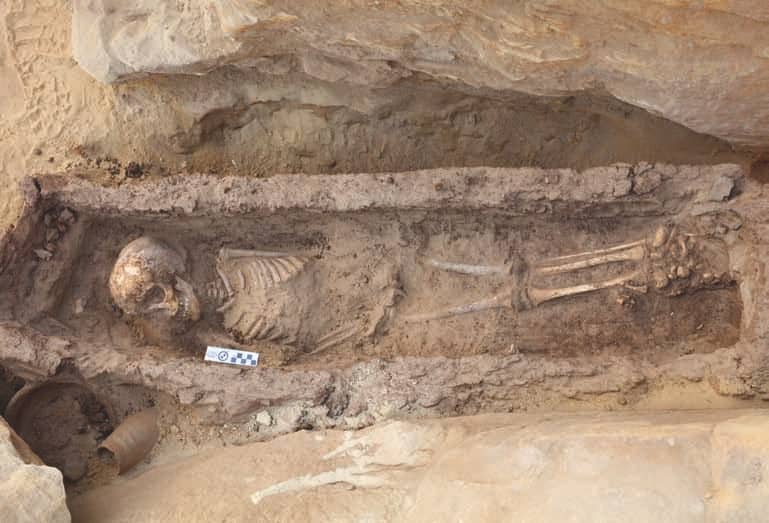 The Child in ST63
The body (see below) was placed with the head in the east, facing north, and laid out inside a rectangular tamarisk wooden coffin reinforced with a mud casing, although poorly preserved and mostly disintegrated. Dozens of beetles were found during excavation, which explains the destruction of the casing and the misplacement of several phalanges (the terminal bones of the hand), particularly those of the right hand, many of which were found above the child’s head. According to the preliminary osteological analysis, the child was approximately 7 years (+/- 24 months) old at the time of death. As often is the case, the cause of death cannot be established at this point. However, there are some indications of a medical condition, which will be further studied by experts in the coming field season.