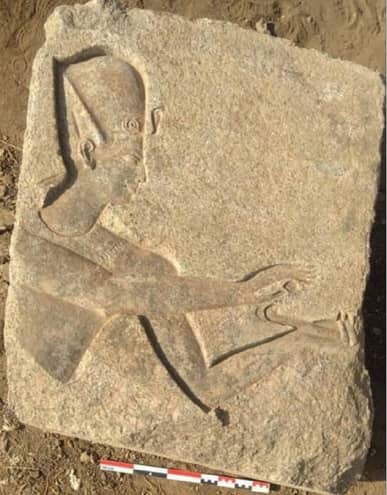 Ramesside and Coptic Finds Near Memphis

A Ministry team carrying out rescue excavations in a private plot of land 2km southeast of Mit Rahina (near ancient Memphis) have uncovered a number of engraved pink and black granite blocks dating to the reign of Ramesses II (opposite top left, top right and bottom right), and a number of statues of gods including Sekhmet, Ptah and Hathor (above). The team also uncovered a granite seated block statue of a priest of Hathor, measuring 95cm high and 45cm wide, with two columns of hieroglyphs running down the front (opposite, bottom left). Other limestone blocks were found dating to the Coptic era. 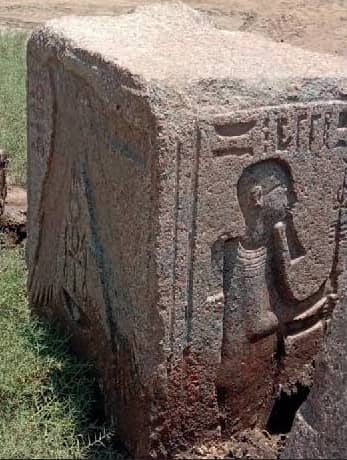 Another pink granite block inscribed with cartouches of Ramesses II.

Two Ptolemaic mummies have been found inside a sealed tomb at Taposiris Magna, where a team are hoping to discover the burial place of Cleopatra. The burials were of a man and a woman of high status as shown by the traces of gold leaf that would once have coated their bodies. 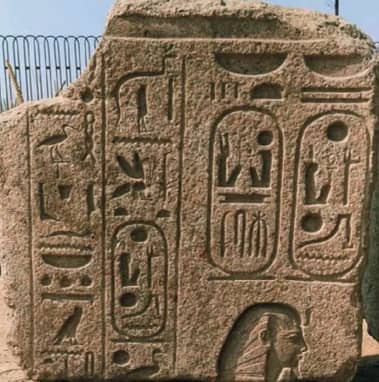 A block statue of a priest of Hathor.

An inscribed sandstone wall (below) inscribed with the cartouches of Ptolemy IV has been found after the Tourism and Antiquities police were called to an illegal dig close to a shrine of Hathor in the city of Nag Hammadi, Qena Governorate. 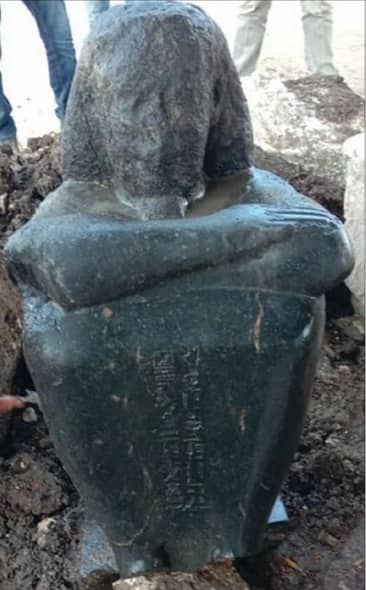 A pink granite block with a depiction of Ptah.

The North Abydos Mission has discovered a series of openings cut high up into the side of a mountain in the Holy Valley, in the desert plateau area west of Abydos. The openings lead to groups of interconnected chambers cut from naturally occurring formations carved by the flow of water. A number of circular basins had been cut into the floor of some of the rooms. Small holes in the walls near to the entrances are thought to have been used as handholds or for tying ropes, presumably to access the hard-to-reach chambers.

The chambers are undecorated, although one room contains graffiti naming Kho-Su-N-Hor, his mother, Amenirdis, and his grandmother, Nes-Hor. A number of pottery fragments were also discovered dating from the Late and Ptolemaic Periods. With no evidence of any burials, the team believes these chambers were of important religious significance as they are situated near to the royal Umm al-Qa’ab (‘Mother of Pots’) cemetery, which was associated with the path to the afterlife.

A black granite statue of a female goddess, probably Hathor.