A PREDYNASTIC CHIEFTAIN? - The rock art context of the Mentuhotep II panel at Shatt el-Rigal 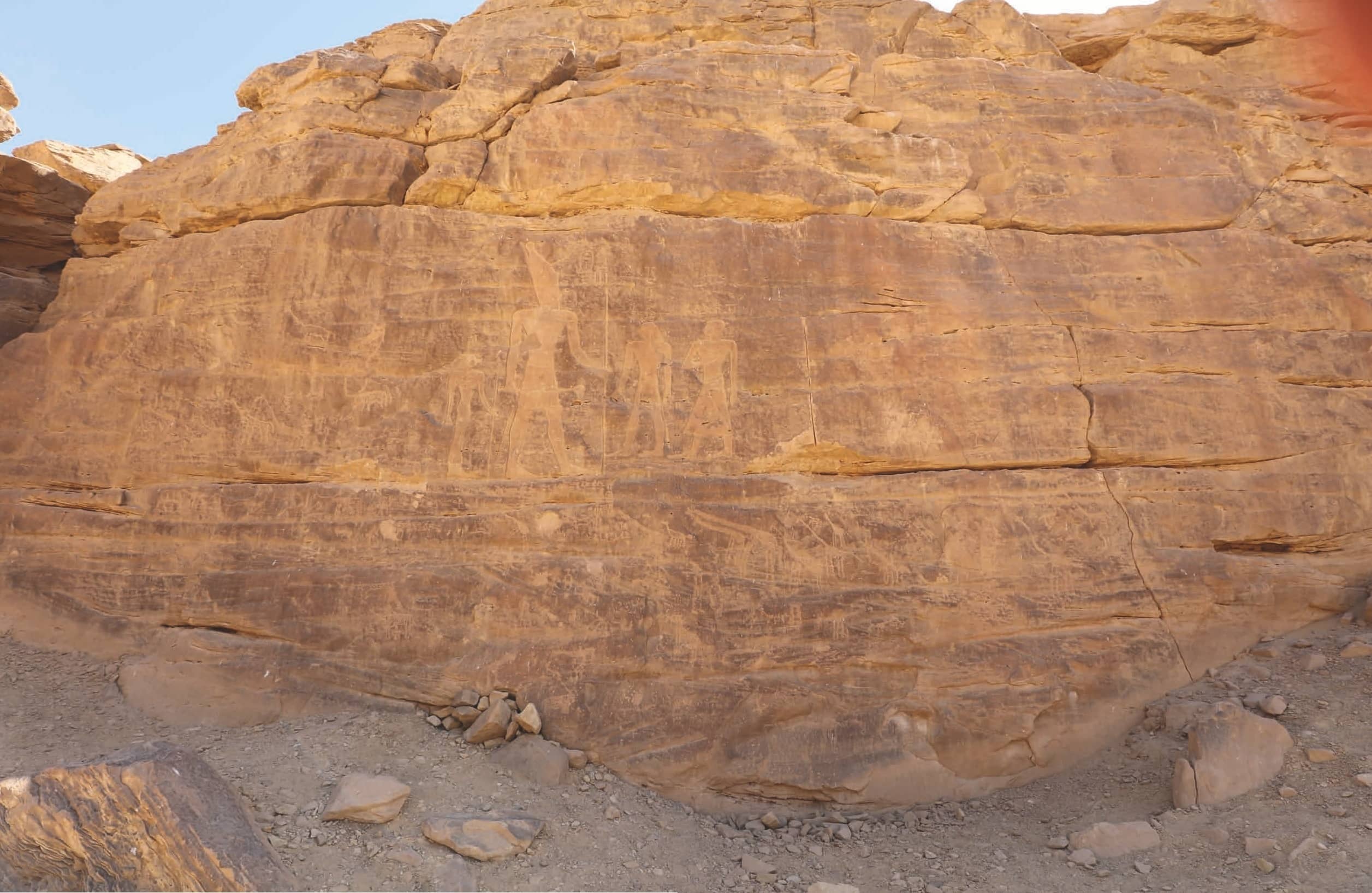 Maria Nilsson and John Ward return to Shatt el-Rigal, located to the north of Gebel el-Silsila, for a close-up of the famous colossal scene of Mentuhotep II, but with special focus on its extraordinary rock art context that has never before been published in its entirety. The lead role will be played by a chieftain – a possible predecessor to the early rulers of Upper Egypt.

In 1888, Sir William Matthew Flinders Petrie published some preliminary results of his research journey into Upper Egypt, including a summary of epigraphic documents recorded during a day’s visit to Wadi Shatt el-Rigal. The valley was already known for its many rock inscriptions, as seen by Harris, Eisenlohr, Mariette, Sayce, and of course Lepsius. Strangely, Petrie arrived, and began his description of the wadi from its central part (not its upper end as stated), walking eastwards, and reaching the main, renowned Mentuhotep II panel at the mouth of Shatt el-Rigal as the final destination. In his words, the panel is described as “the principal object in the valley, occupying the most prominent place, on a flat face of rock just at the mouth, is the large tablet of Mentuhotep and Antef [now known as Intef] (No. 489), which is raised some distance from the ground (illustrated centre-left in a plate from Petrie’s report). It is cut in fine low relief, with well-wrought details […]”. Further down the pages, he uses the panel as conclusive proof that “Antef succeeded Mentuhotep, and worshipped him, as did also the chancellor Khati [Khety] […]”.

In addition to the records of dynastic iconography and rock inscriptions, Petrie mentions a “vast number of figures of animals”, which “in most cases [are] wholly distinct, and of a different age. These figures have never received any attention hitherto, and their number deters one from copying or even cataloguing them”. Since then, the panel has been documented in more detail by Legrain, and subsequently by Caminos and his students. Nevertheless, a comprehensive record of the entire panel (see a modern facsimile, above) remains unpublished. 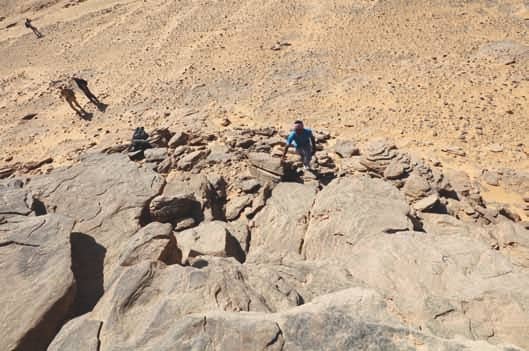 Since 2016, Shatt el-Rigal and its neighbouring areas have been subject to a comprehensive rock art investigation by the Swedish mission (see opposite, bottom right). We have traversed not only the wadi and its neighbouring areas many times but actually circumnavigated the entire West Bank. We set out from the mouth of Shatt el-Rigal in the early morning, followed the wadi westwards to reach the desert plain (top left) and returned southwards to connect with the modern tarmac road of Gebel el-Silsila late in the afternoon, after a walk of about 19 km! So far, we have documented and studied 34 rock art and inscription locales in the Shatt el-Rigal area, many of which are unique and previously unheard of. Some of our more intriguing discoveries include shaft burials, Predynastic shelters, and a now dried-up lake once guarded by Sobek as the ‘Lord of Lake Khar(u)’ (as described in an inscription [top right] published by Sayce in 1906). 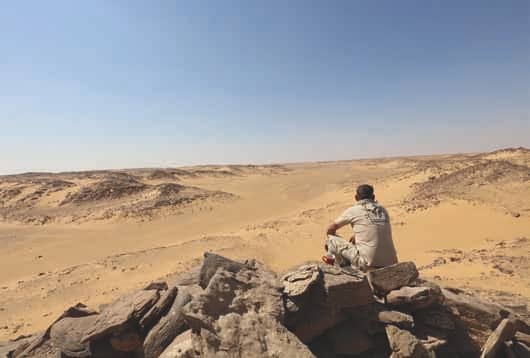 Among the intriguing rock art is the Mentuhotep panel, which for Petrie contained too many figures to catalogue. Although we have included updated facsimiles of the entire panel, we have not attempted here to reinvestigate the Middle Kingdom scene, nor the dynastic texts that are scattered in its periphery. Instead, we will study the various layers of Prehistoric records, placed below and to the sides of the dynastic scene. In what follows, we will present a summary of the various images depicted on this unique panel. The main objective is to describe the images’ variety and their potential correlation, and for the individual motifs to finally receive recognition. As indicated by the title, though, the object in focus is an anthropomorphic figure (hereafter simplified as ‘human figure’), whose details and position indicate superiority over his surroundings: a hunter by context, a chieftain by iconography, but perhaps even a precursor to the early rulers of Upper Egypt (right). The current text is structured as a summary – an appetiser – to a detailed academic paper dealing with the rock art of Shatt el-Rigal. 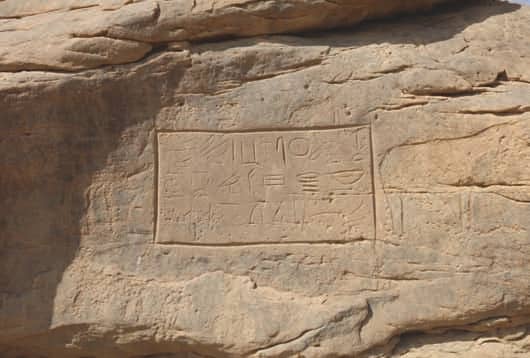 The Rock Art Panel: an Overview 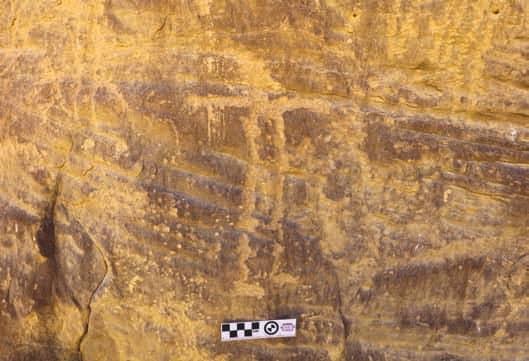