They Call It Happyland...Living off the bounties of pollution

In Manila, communities rely on the city’s abundant supply of waste to survive, living in – and depending on – pollution.

In many countries, particularly in the developed world, climate change as a result of man-made pollution exists as little more than a frightening prospect, even while widely acknowledged as an accepted fact, empirically proven by modern science.

And yet, in many ways for some, it still seems remote, abstract even – something that people hear about and talk about, but which cannot be seen or fully grasped in our daily lives. It’s out of sight, and out of mind. 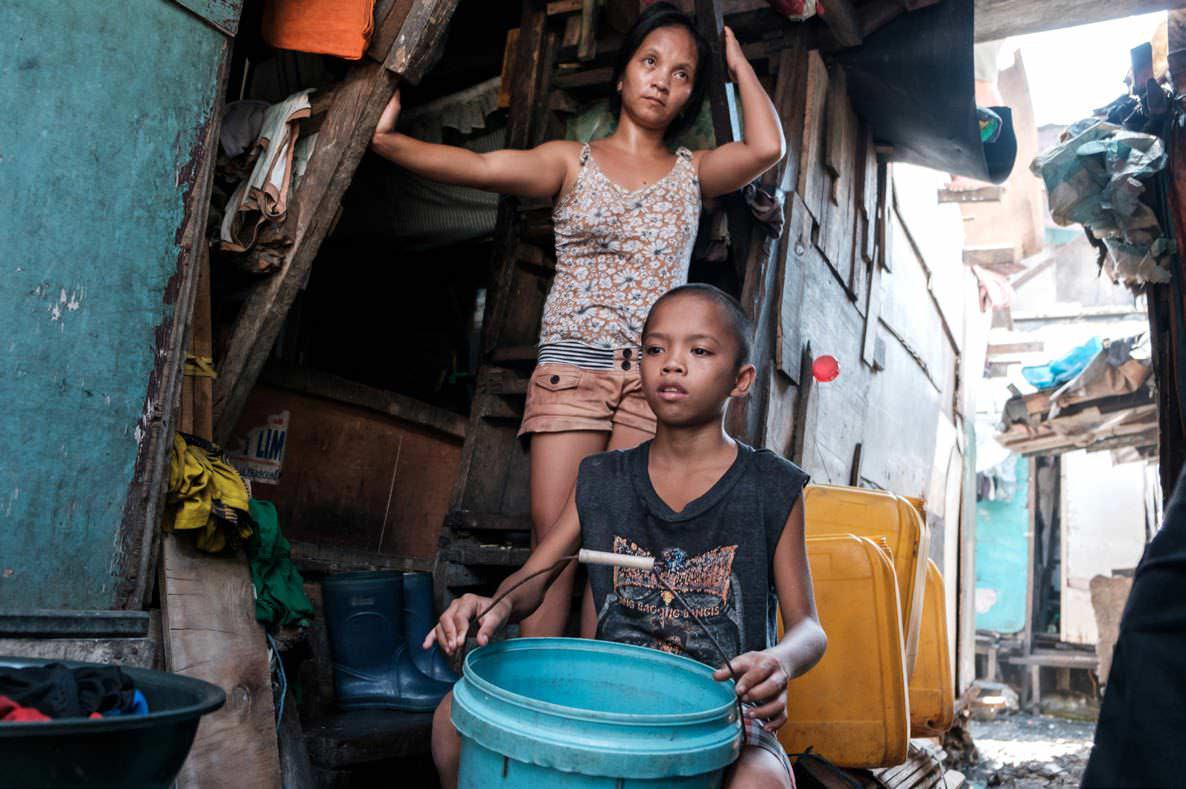 But in Tondo, northwest of the city of Manila in the Philippines, climate change and rampant pollution are realities that residents live with every day.

Jennifer Mirador lives with her husband and five children, among them brothers Reniel, 11, and Jerone, 14, in a house made of randomly assembled materials, perched somewhat precariously on top of the Capulong Bridge on Raxabago Street. There is no electricity, and the family must buy water by the bucket for five pesos (10 US cents). 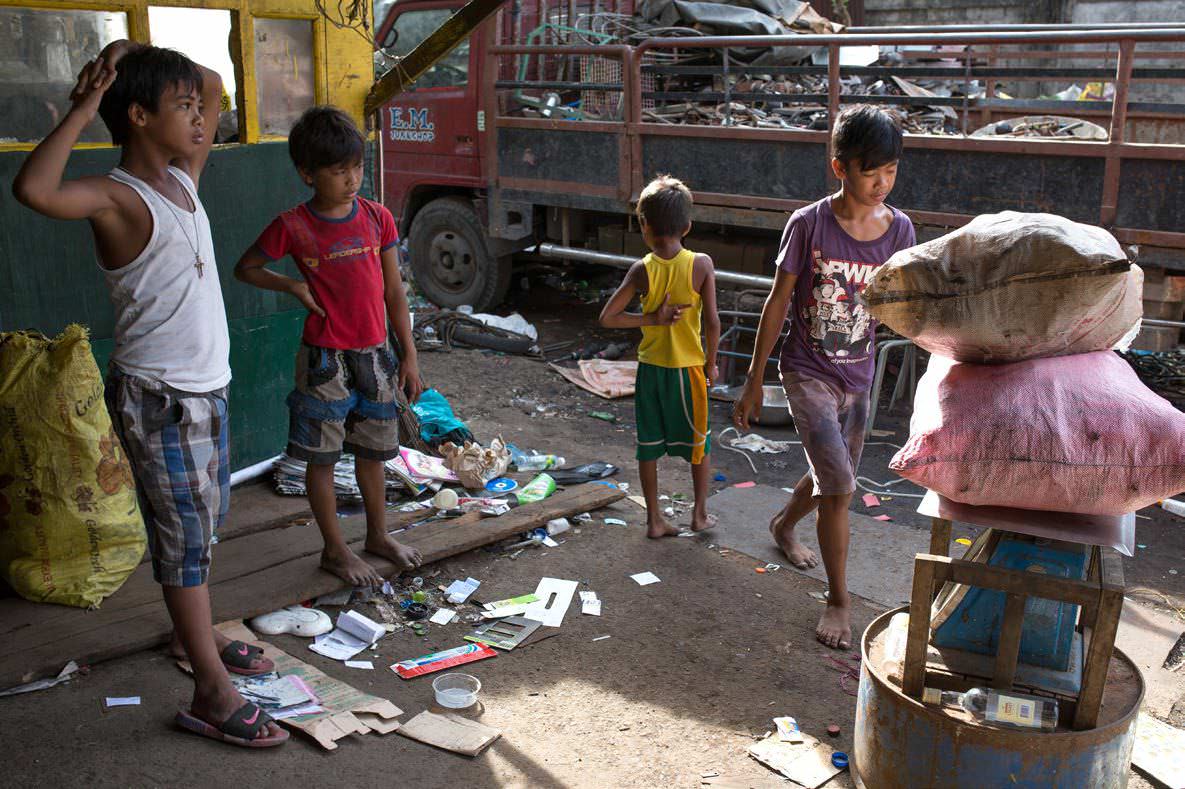 The Capulong Bridge is no more than a couple of metres above the Estero de Vitas, a trash-filled river that eventually empties into the waters of Manila Bay next to the Harbour Centre Port Terminal.

For Metro Manila, a city with a huge debris problem, economically disadvantaged communities such as this are where a large portion of the citizenry’s garbage winds up, floating down the creeks and rivers, bobbing below the Miradors’ one-room home.

And yet, it is this trash that provides a lifeline for Reniel and Jerone, and for their 12-year-old cousin and neighbour, Nilo Lumawon. A few mornings a week, before going to school, the three boys board makeshift Styrofoam rafts, which they call “styros”, using square Styrofoam paddles to push themselves out onto the river.

There, among all manner of floating detritus of a society of nearly 13 million people (21.3 million in the greater urban area), their quarry is plastic. Loading up as much as they can, they will then take what they have collected and sell it at one of the neighbourhood’s many junk shops.

The 70 or so pesos (USD1.4) that they bring in once every three days, split three ways, is used to buy food. The boys say that they do this so they won’t have to ask their parents for money.

Of course, boys will be boys, says Nilo’s mother, Chabeng Lumawon. “Aside from buying snacks, they spend the money to play games at the computer shop,” she says with a laugh.

When asked about the risks of navigating the river, the boys are matter of fact. “I don’t think it’s dangerous. You have nothing to fear in the river,” says Jerone. “We’re used to it,” adds Nilo.