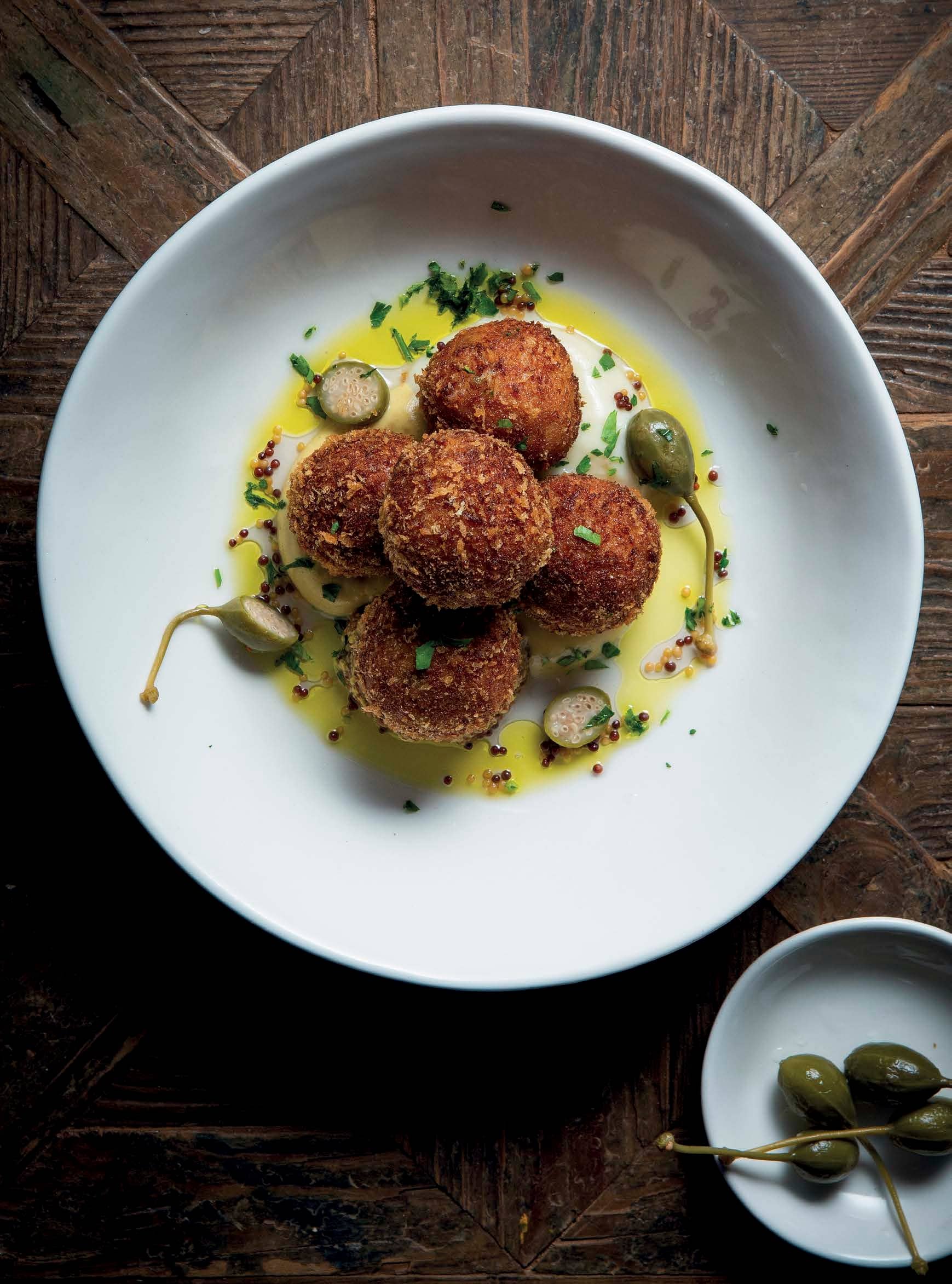 You have to be bold to open a brewery in the heart of the Cape winelands, it’s true. But when you’re a Belgian beer enthusiast with a two talented women on your team – one an award-winning brewer and the other a chef who has cooked for a Hollywood action hero – how can you fail?

“So, exactly who is this Joe guy?” you’ll ask when you walk into the Hey Joe Brewing Company taproom on La Brasserie farm in Franschhoek. His face appears on the signage, the gigantic black-and-white photographs on the walls, the figurines on the draught taps behind the bar counter, the labels on the bottles in the fridge … He’s clearly important. The owner? The head brewer? The head chef perhaps?

But then you’ll notice the woman behind the menu, Nicola Spilsbury, moving between the tables and chatting to guests. Petite. Blonde. Full of energy. Definitely no relation to the mustachioed fellow in the photos, tobacco pipe resting jauntily in the corner of his mouth. Then someone will point out Anja van Zyl, visible through the glass window as she goes about her business in the brewery. No, Joe is not the head brewer, either.

Dig a little deeper (okay, just search heyjoebrewery.com) and you’ll find that he is a fictitious character who, so the story goes, embodies the adventurous spirit that led to the founding of this Belgian abbey-style brewery in the heart of SA’s wine country. Three years in the making, it opened in April and, since news broke that both the Witbier and Blonde had won silver at this year’s African Beer Awards, everyone and their dog (yes, this is a canine-friendly zone) has arrived to sample the food and drink. (Nicola even makes a hondbier for your best friend. Made from beef and chicken extract, it’s alcohol-free, and, by all accounts, the four-legged foodies of Franschhoek are lapping it up.)

The accolades are still sinking in for owner Gavin McGrath. “Winning two major beer awards is a huge deal for us. We were up against 15 countries and 155 breweries from Gabon to Mauritius, and all the commercial breweries. It’s one for the little guys. Anja has tremendous experience behind her from her years at Cape Brewing Company. And she’s young. That’s what you need in this game.” 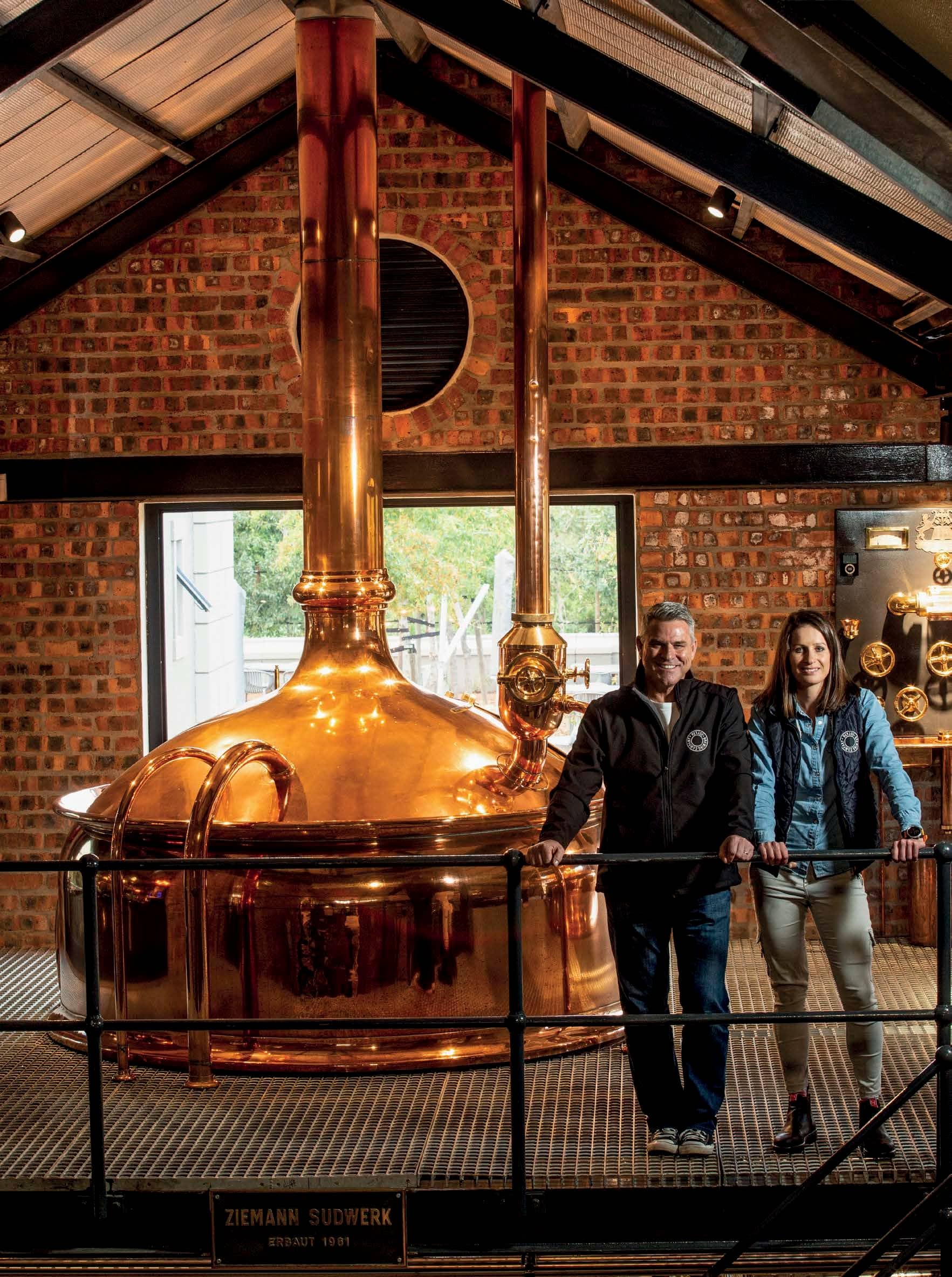 “Next year we’re going for gold,” declares Anja, whose passion for brewing beer started when she was studying food science at Stellenbosch University. “My interest wasn’t really in drinking beer, it was more about experimenting as a homebrewer – every time you brew, something different happens. It’s like when you’re cooking and tweak the recipe, you get something new, maybe something crazy. There’s a lot of science in making beer and I love taking the hops, water, malt, yeast and mixing them together, then getting this amazing synergy of flavor and color.”

What sets Belgian-style beers apart from the rest? According to Anja, the difference lies in the raw ingredients, including Belgian malt, and the fact that the Belgians make their beers using old-school techniques – a key piece of equipment in Hey Joe’s 4 000-liter weekly batches is an imported traditional copper brewhouse dating back to 1961 that Gavin, a fitter, and turner by trade, rebuilt over a period of five months. 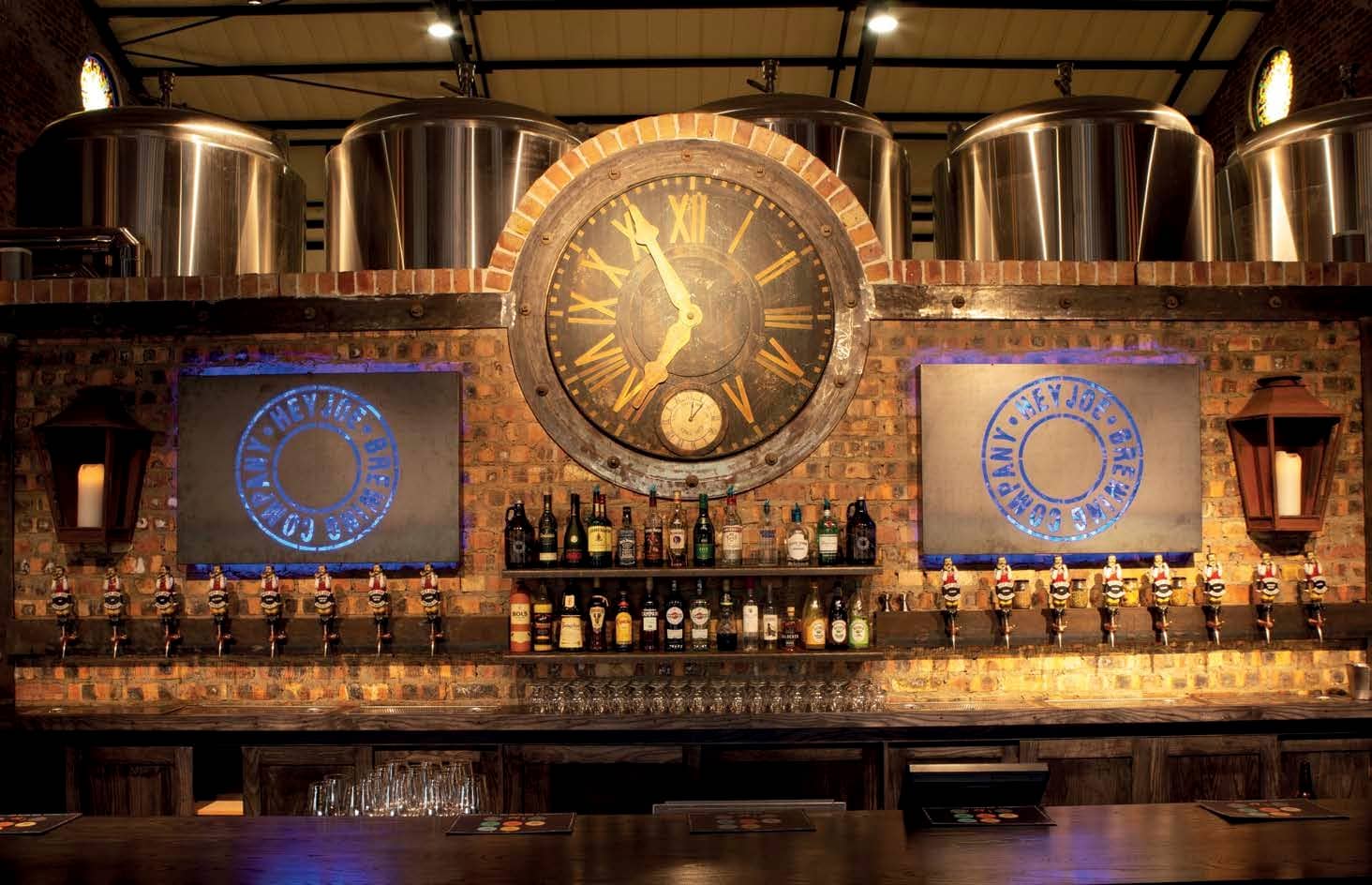 “Belgian beers also aren’t hop-forward and bitter,” says Anja. “That’s why they work in SA. They’re very accessible and drinkable. I take my inspiration from Belgium with the ingredients I use, but I’ve toned it down, so the alcohol is slightly lower.”

MORE STORIES FROM WOOLWORTHS TASTEView All