How The Leopard Changed Its Spots

Time-starved Joburgers craving home-cooked food need The Leopard at 44 Stanley on speed dial. Swing past Andrea Burgener and Nick Gordon’s kitchen to pick up a chicken curry or killer mac ‘n’ cheese, or have it delivered straight to your front door. And that’s an order!

Joburg, if you hung around Melville and Auckland Park, you might have noticed an intriguing restaurant called Superbonbon in nearby Richmond. I remember being fascinated by the name, did a bit of sleuthing and found out that they served a bowl of Coco Pops and milk (complete with a “prize”) for dessert, which appealed hugely to my 23-year-old self. Sadly, I never got to eat there, but always harboured a fair amount of admiration for anyone who would do such a fabulous thing.

That person was Andrea Burgener, who went on to open Deluxe in Parktown North, which later moved to Milpark’s 44 Stanley lifestyle centre. Andrea’s next project was The Leopard in Melville, which opened in 2011. Named for the eponymous Italian novel by Italian count Giuseppi di Lampedusa, The Leopard was beloved by diners looking for delicious, unpretentious food in a relaxed setting.

Andrea and her husband, Nick Gordon, decided to close The Leopard last year and then reincarnate it back at 44 Stanley as The Leopard Kitchen & Deli, which focuses on producing excellent-quality readymade meals, supplying responsibly sourced meat and dairy, interesting deli items and homemade cakes and biscuits. Their vision was the “restaurant at home”, which perfectly describes their philosophy: no frills or fanfare, just good, honest food. There’s also a small sit-down breakfast and lunch menu, as well as takeaway meals that service many a desk-bound office worker looking for sustenance. Think meatballs, chicken curry, chicken pie, mac and cheese, ricotta-and-spinach malfatti (similar to gnocchi dumplings, but made with ricotta and spinach), and quasi Mozambican peri-peri brinjal. 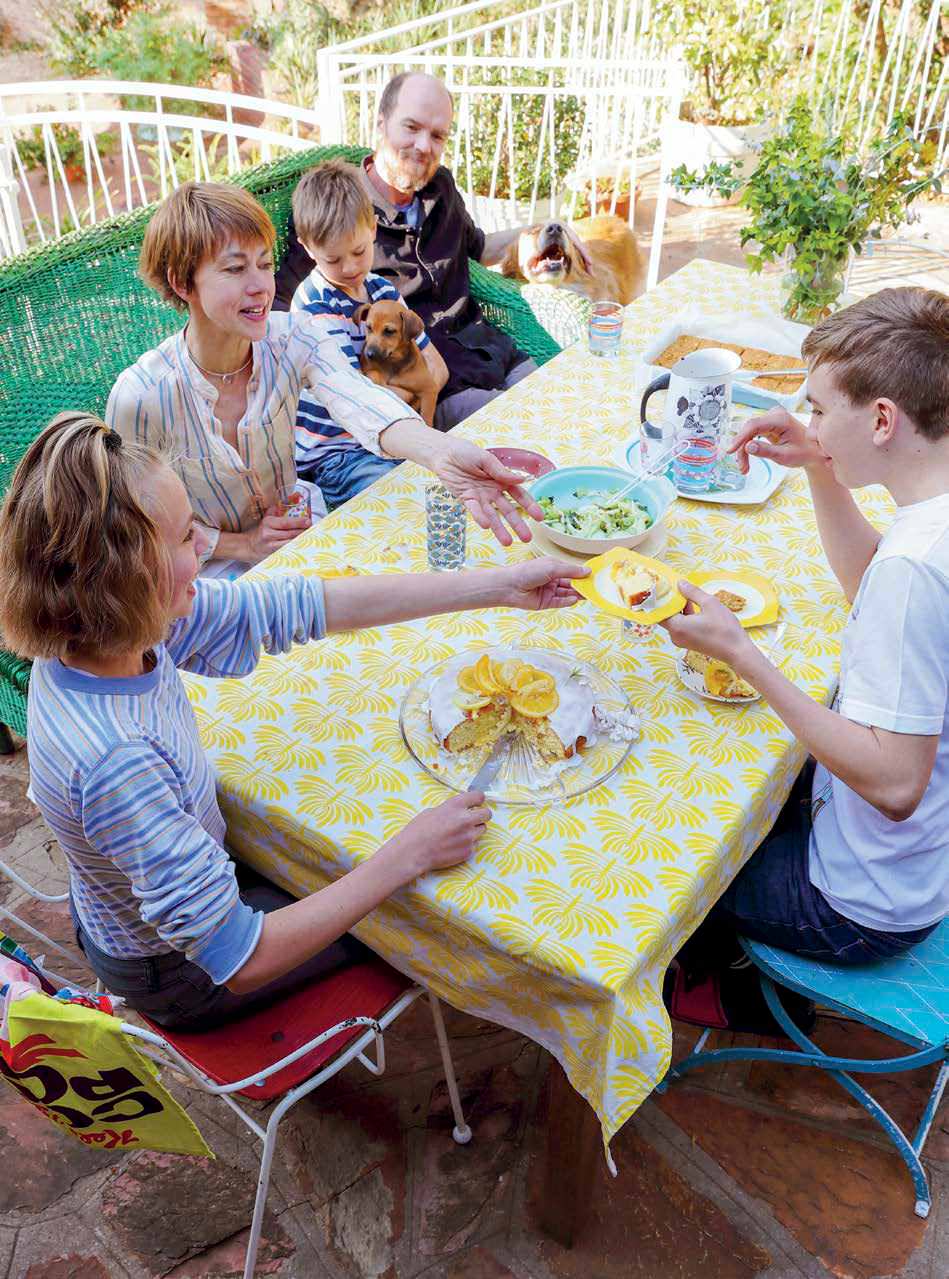 WHEN ASKED ABOUT THE CHANGE, ANDREA IS CANDID.