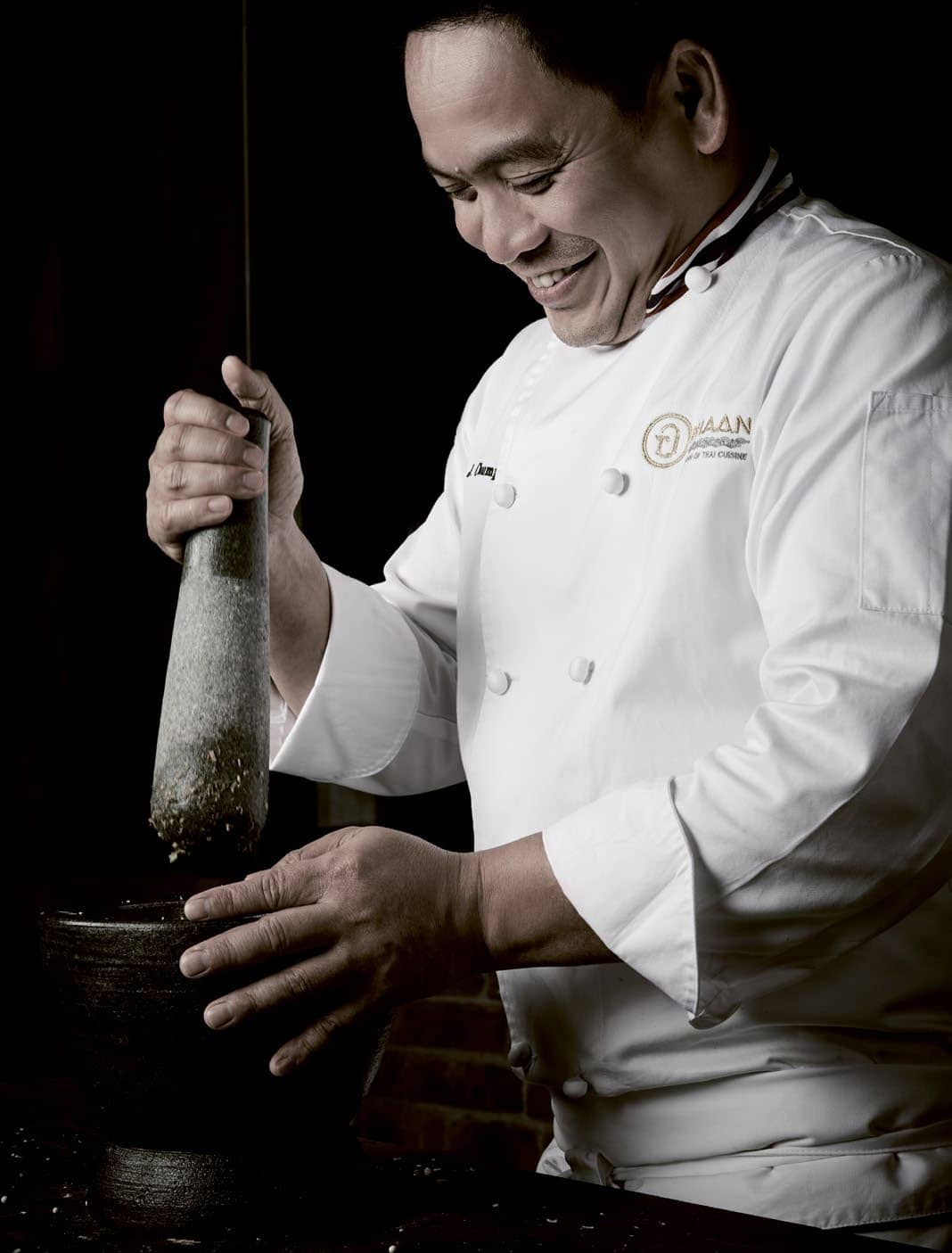 Michelin-starred R-HAAN and its farm-to-table philosophy.

One is Khun Piti ‘Todd’ Bhirom Bhakdi, scion of Boon Rawd Brewery, the family-owned company behind Singha Beer. The other is chef Chumpol Jangprai, a veteran in the industry who starred in the Thai version of Iron Chef. Both men have one thing in common—the desire to bring authentic Thai food to the world. Enter R-HAAN, a fine-dining restaurant serving authentic Thai cuisine they started about a year ago.

Says Khun Piti, whose portfolios include helming Food Factors, the food business arm of Boon Rawd Brewery, “Cooking is a great hobby of mine. When I was a kid, I started cooking with my grandma who’s very traditional. We ate Thai food everyday; I can say it’s in my blood. When I studied in Boston, I had Thai food that was most often not Thai. Since then, I had a dream to serve proper Thai food with the best ingredients in the best atmosphere.”