Hey? Where Did Everybody Go? 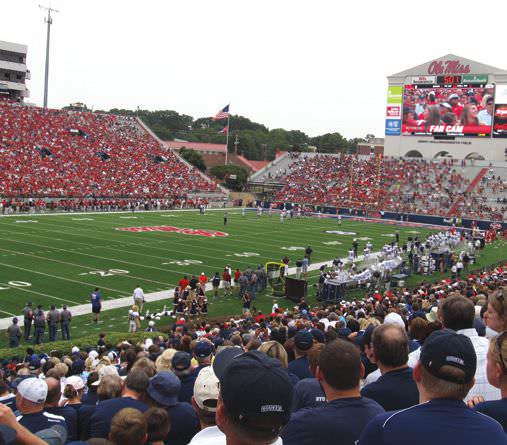 I REMEMBER THIS DAY LIKE IT WAS YESTERDAY,, but it was actually almost a decade ago.

September 3, 2011, Bryant-Denny Stadium on the campus of the University of Alabama. I was there to see the Crimson Tide’s season opener, a 48–7 beatdown of Kent State in front of a packed stadium of over 100,000 fans. And there were nearly as many people tailgating around campus. Seriously, I don’t know how my buddy and I managed to find a parking space as close to the stadium as we did—and it wasn’t close at all.

Did I mention it was hot? I mean really, friggin’ hot. It was so hot, I noticed a chicken lay an omelet. It was so hot, the squirrels were picking up nuts with oven mitts. It was so hot, my cigar lit itself. And with close to 200,000 people roaming around Tuscaloosa in varying states of inebriation...well, let’s just don’t discuss how the place smelled.

Inside the stadium? Jammed. The announced crowd was 101,821 fans—the exact same number announced when the Tide hosted Tennessee later that season—one of the most historic rivalries in the SEC. Again, this was for Kent State of the Mid-American Conference. The game was also early in coach Nick Saban’s tenure at Alabama, having won the first of his five National Championships two years before, and he would, of course, pick up his second at the end of the season.