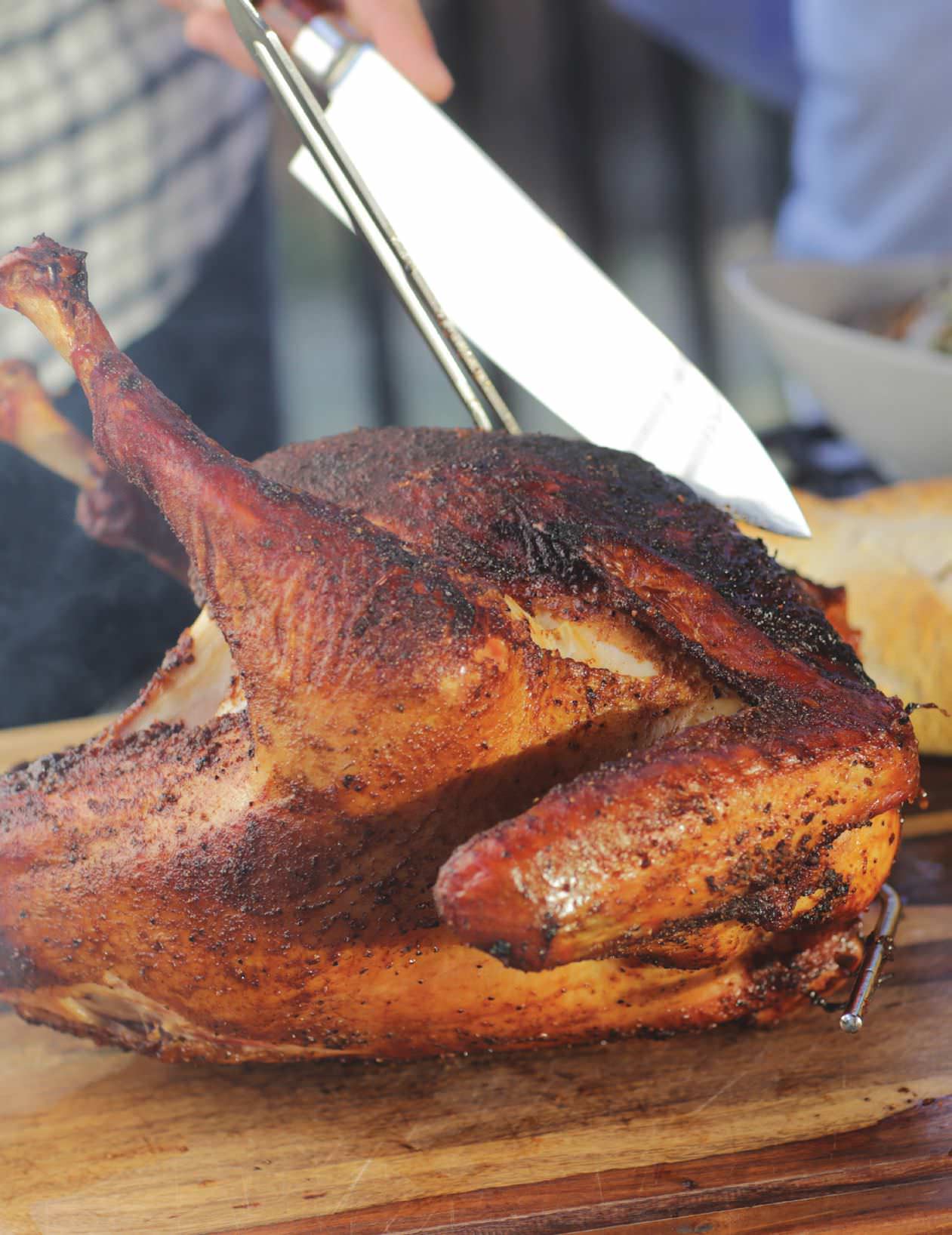 THE SECRET TO THE BEST HOLIDAY TURKEY

Thanksgiving is truly a time to celebrate family and friends. “And in our house, part of that appreciation comes in the form of good food made with love,” says Noah Glanville, the founder of the Pit Barrel Cooker Co., headquartered in Prospect, Kentucky. Having served combat deployments in the U.S. Navy, Glanville learned to prize the power of sharing great food, a passion which ultimately led him and his wife, Amber, to establish the company in 2010.

The Pit Barrel Cooker (PBC) looks deceptively simple. Unlike the traditional drum smoker—literally a steel drum, laid on its side and cut in half to form a charcoal grill—the PBC sits on end, like a normal drum, with the standard top serving as the lid.