Wine Faults And Ways To Recognize Them 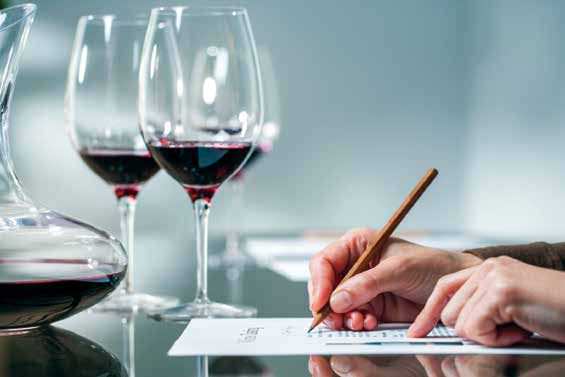 Is your wine corked? Oxidized? Plain over-the-hill? Learn the signs of common wine faults (and the characteristics mistaken for them) and find out whether to dump or drink.

Is your wine flawless, or flawed? Is what you taste an intentional style, or an accident of storage? The degree to which wine faults are considered problematic often lies in the nose (or palate) of the beholder, and it’s often hard to tell the difference.

Here’s a guide to seven common wine faults, plus two situations you can happily ignore.

TCA stands for 2,4,6-trichloroanisole, and it’s the chemical culprit behind “corked” wine. It frequently derives from natural cork closures. TCA develops when the plant phenols from cork tree bark are exposed to chlorine, a common sterilizer. Tasters may mistake mustiness for the forest-floor and mushroom notes called sous bois by the French, or confuse it for oxidation or other out-of-condition problems. The rate of cork taint hovers around 3 percent globally, but many wine industry professionals argue it gets blamed far more frequently.

While cork taint isn’t physically harmful to drinkers, it can easily render a wine undrinkable.

Look for faded color, loss of personality, structure and freshness.

It’s common to store an expensive or special bottle for a future occasion. But if you save that treasure too long, it can extend past its optimal sipping point. Most wines aren’t built to age more than a few years, and even those that can, will have age ability differences due to storage conditions. However, an appreciation for a bottle’s later life can also be subjective. As an example, aged Bordeaux will soften and synergize. Its color will fade from ruby to garnet, and the wine will swap primary fruit for tertiary flavor notes of tobacco and cedar. Many wine collectors pay a lot of money for that.