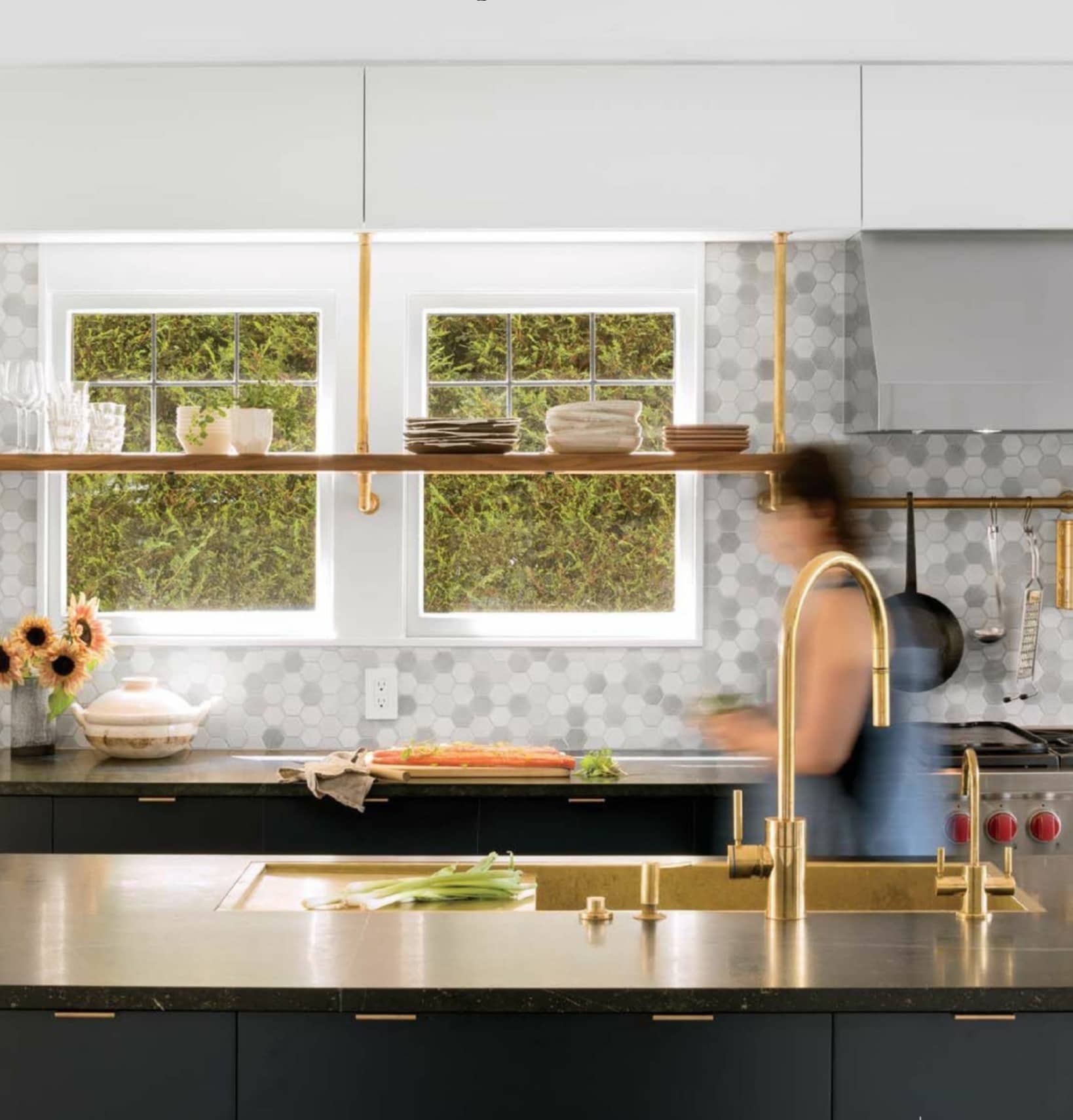 EVERY NIGHT, MY KITCHEN ISLAND IS covered with after-school snack plates, my dinner prep, homework, and—despite my scolding—everybody’s backpacks and workout bags, even my own. Sometimes I wonder why I did not choose a kitchen with a door to shut my mess out and their mess in, but like so many other food-possessed Americans, I wanted an open-plan kitchen that mingles living spaces and food preparation. And at the center of that kitchen, I wanted a large, multipurpose island. The island is a metaphor for what I want a kitchen to be: an anchor in the home, a place to gather around the daily rhythm of food preparation, a semipro workstation loaded with appliances, and a stage for the off-off-off Broadway show called “Dinner” that runs in my house most nights of the week.

I’m not alone: According to a Houzz survey of households that have recently completed, are working on, or are planning a kitchen renovation, 39 percent are adding an island (which, of course, doesn’t include those that already have one). It wasn’t always so. The kitchen island is a modern phenomenon—the ultimate expression of the kitchen’s move from the literal back of the house to the center of the home. (See “An Island Is Born,” p. 56).

Over the past century, the kitchen was “transformed from a drab, dingy, out-of-sight and out-of-mind place to the focal point of social interactions with friends and family,” says Juliet Kinchin, curator of modern design in MoMA’s department of architecture and design, who curated the museum’s 2010 show, “Counter Space: Design and the Modern Kitchen.” Kitchens take up much more space in a modern home than in those of the past, and the island as a luxury statement pops up all over media: Take the Kardashians’ sometimes-double-islanded kitchens, where the sisters hash out their grievances.