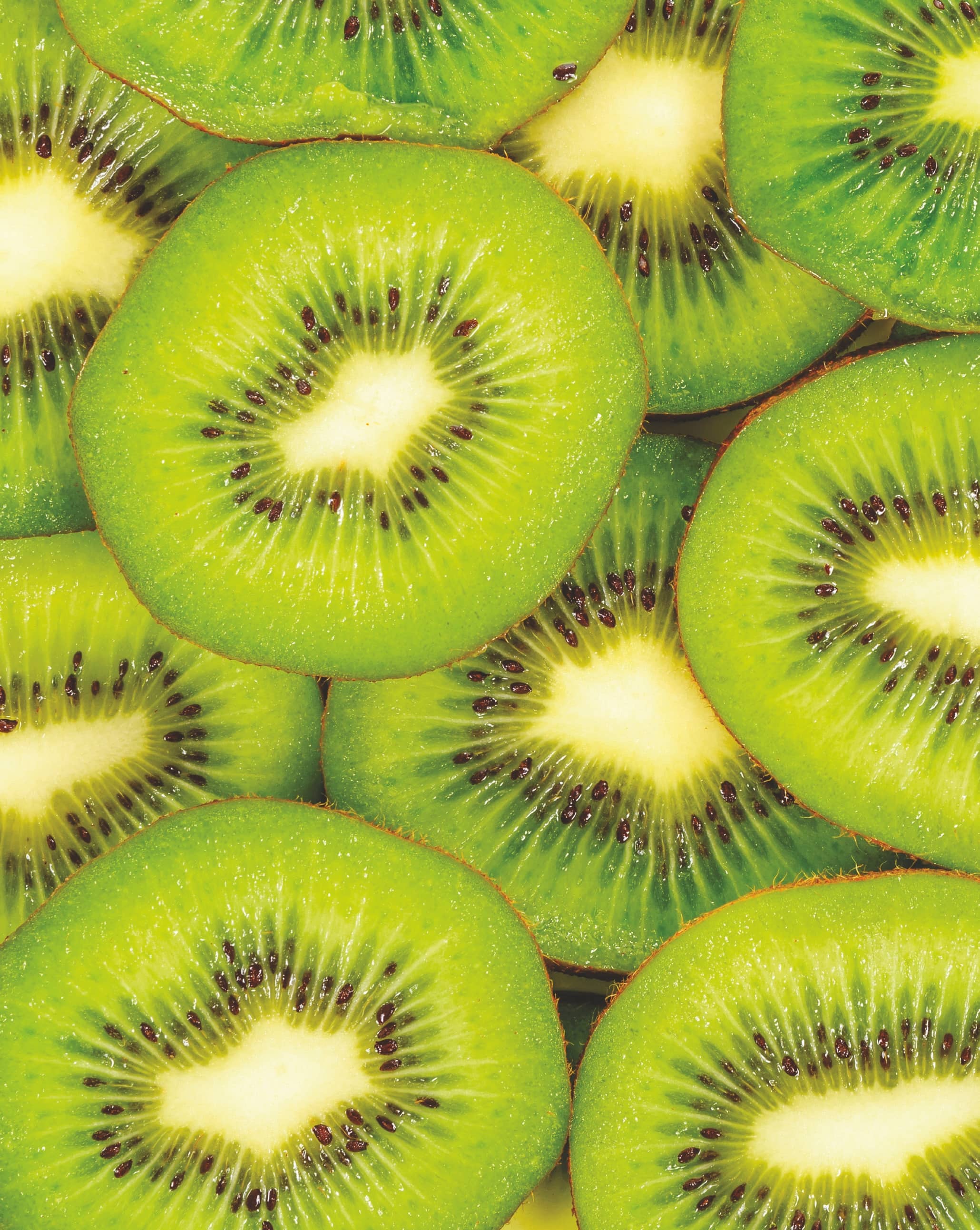 If fruit had an all-star team, the kiwi just might be the captain. Relatively low in calories (about 100 per serving), this tangy fruit is a nutritional gem gushing with vitamins and minerals. It’s a summer staple that offers the body some surprising year-round benefits.

Because it was first discovered in China, the kiwifruit was originally known as the Chinese gooseberry, a nickname coined by other countries that delighted in the fruit during the mid-1800s. Kiwifruit got its modern name from New Zealand natives; turns out kiwi (the fruit) closely resembles kiwi (the bird)—a small, flightless, fuzzy brown creature, and the country’s national bird.

Kiwifruit is the edible berry of a woody vine that grows offa trellis, similar to how grapes are cultivated. It’s found in the genus Actinidia, of which there are about 60 species—the skin of the fruit can vary in size, shape, fuzziness, and color, while the flesh may sport differences in color, juiciness, texture, and taste. However, despite the different varieties, kiwifruit is the most common name for all commercially grown fruit from this genus.

Fleshing Out the Benefits

Beyond being delicious—and a great alternative when you’re seeking a sweet treat that supports your waistline— kiwifruit can boost the body from head to toe. Here’s how.

PROTECTS DNA: It’s natural for DNA to become damaged over time, and our bodies have mechanisms capable of repairing much of this damage as we age. However, when DNA fails to be repaired—when the damage is too complex for the body to fix—the body becomes more at risk for conditions such as cancer, brain diseases, heart failure, and infections.