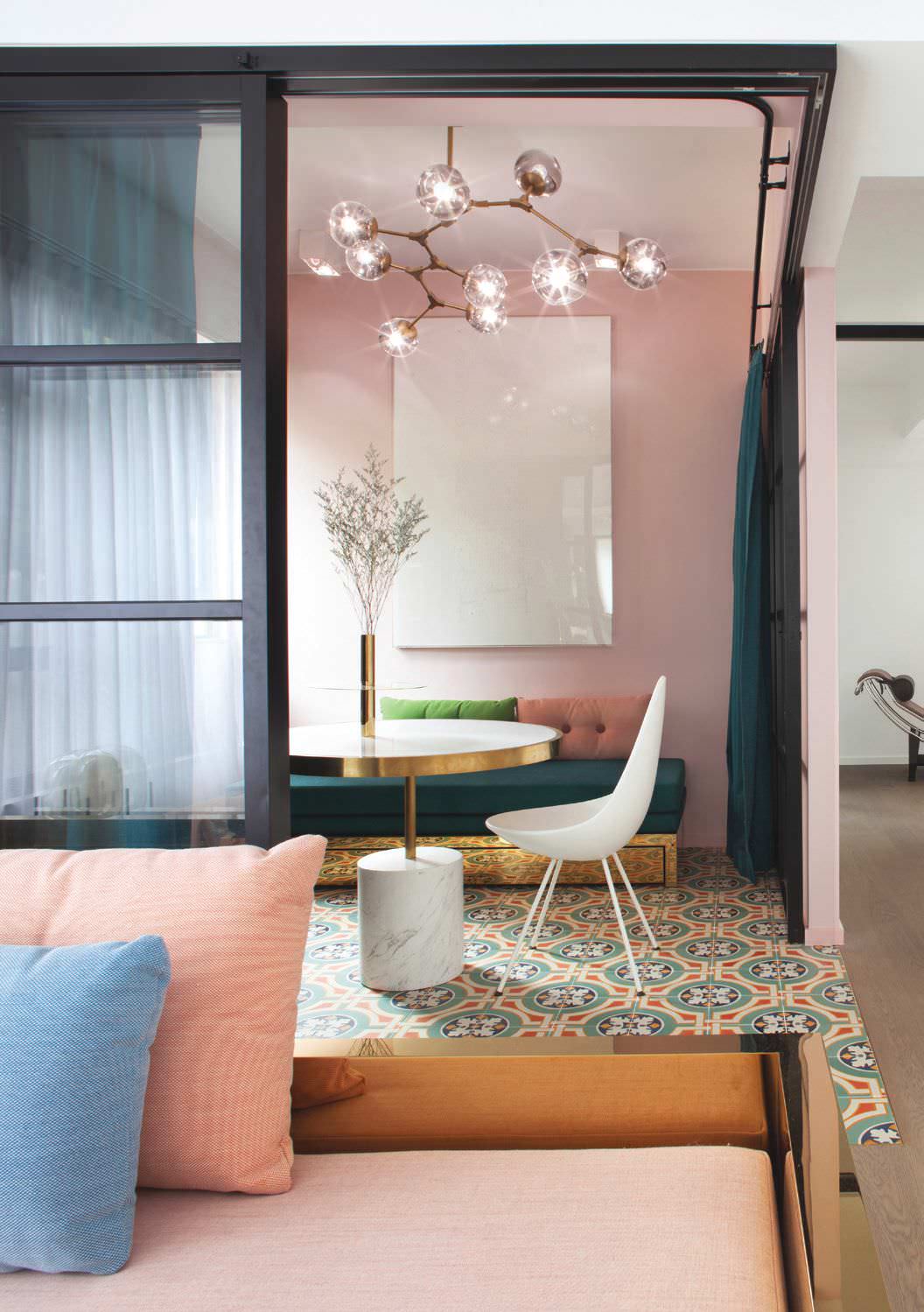 Architects Vince Lim and Elaine Lu used their 1,200-square-foot Happy Valley apartment to declare their design intentions, creating a home inspired by New York loft living, but with the rough edges smoothed off.

In most countries, young architects make their mark with a single-family house, a kind of thesis statement for their design ambitions. In spacestarved Hong Kong, however, designers need to make do with less. That wasn’t a problem for architects Vince Lim and Elaine Lu, who uprooted from New York in 2015 to move to Hong Kong, Lim’s hometown.

Since launching their firm, Lim & Lu, they have transitioned from architecture towards interior and product design. “We want to design the space, the furniture in the space, the products,” Lim says. “We think of our design practice as a lifestyle brand. That may seem weird but I think they go hand in hand. Design has the ability to improve the lives of people.”

To prove their ambition, they embarked on a complete overhaul of the 1,206-square-foot apartment they owned in Happy Valley. “Before we started the renovations it was a typical Hong Kong apartment where spaces were very compartmentalised, with long corridors leading into them,” Lim says. “All the rooms were separate, it was dark, and the kitchen was separate from the living spaces.”

So the couple decided to gut the place, Lu says. “We pretty much knocked down all the walls in the apartment and re-planned it. It was like starting from a blank canvas.”

They thought back to New York for inspiration. “We liked loft spaces and the flow and idea of a New York loft, but we don’t quite like the rugged loft style, the industrial style,” says Lim. “So we created a loft inside a Hong Kong apartment.”