How To Moderate The Heat 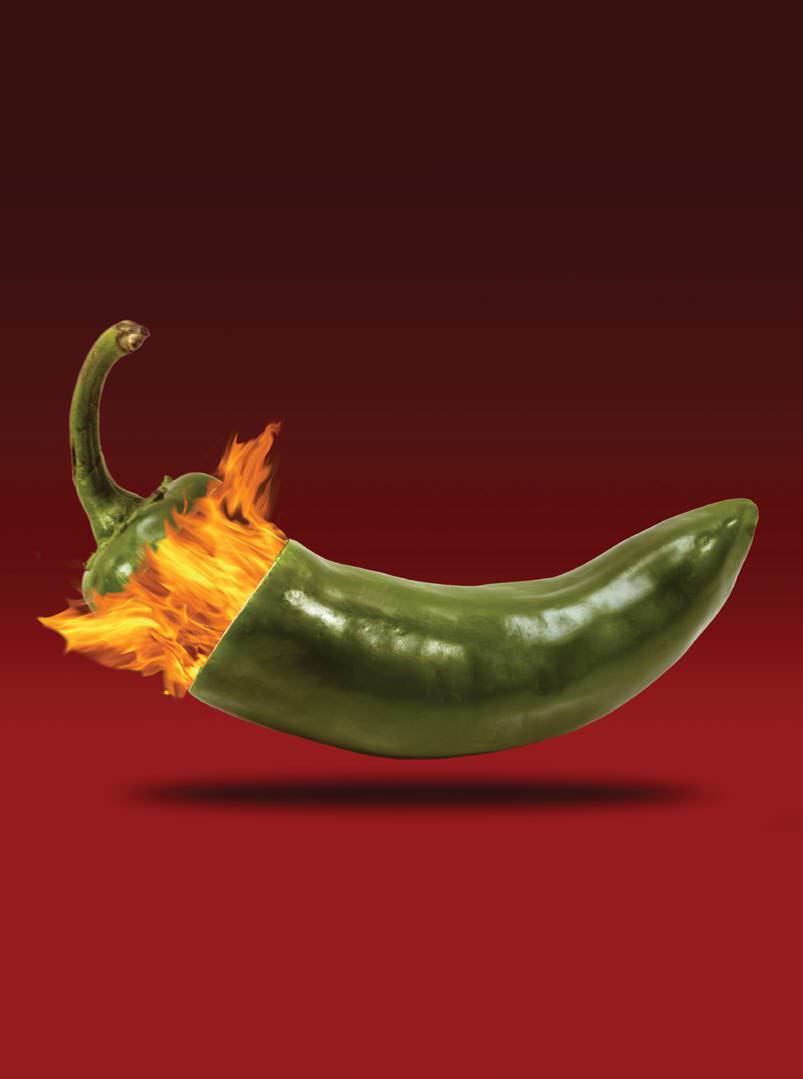 Think you can’t cook with the superhots? Don’t know what to do when a crazy-spicy serrano sneaks up on you? Dave DeWitt has answers.

THE FIRST RULE YOU SHOULD REMEMBER ABOUT THE HEAT IN CHILE PEPPERS IS THAT EVERY QUANTITATIVE HEAT-LEVEL MEASUREMENT THAT YOU SEE IS FOR DRIED CHILES. That means that that the measurement for the fresh version of the same variety will be approximately one-ninth that of the dried version because chiles are 90 percent water. So a dried ‘Carolina Reaper’ with the heat level of 1,569,300 SHU means that a fresh pod will measure 156,930 SHU, which is still extremely hot, but easier to use.

Let’s take three commonly used chiles—the jalapeño, the serrano and the habanero—and see how to tone them down. Have you noticed how large and mild jalapeños have become? After Texas A&M University released the nonpungent jalapeño for use in nachos sold at ballparks, those genes entered the general gene pool of jalapeños, reducing the heat of the the variety as a whole. So if you want a toned-down jalapeño, just pick the largest one in the pile, maybe four inches long, following the rule of thumb that the larger the pod, the milder it is.