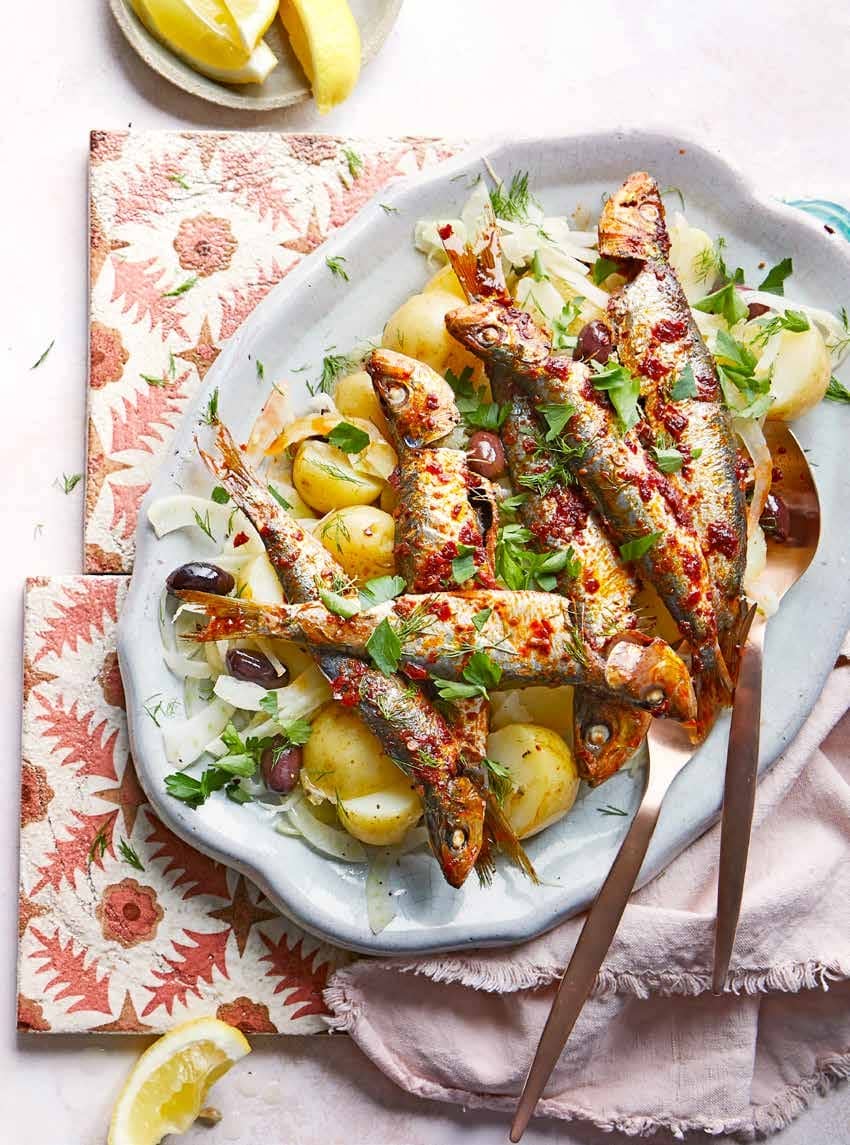 My first taste of harissa, the chilli paste used in Morocco, Tunisia and Algeria, wasn’t in North Africa but in France. During a year au pairing in Bordeaux, I soon discovered the small square – at one end of the Rue Sainte-Catherine – that was home to North African cafés and restaurants. The air there was full of the smell of cigarettes, mint tea, cumin and griddled lamb, and you could buy North African groceries. I fell in love with the packaging for harissa, sold in tubes or tins as colourful as Moroccan tiles. Harissa isn’t considered a wildly exotic ingredient these days, and supermarkets sell their own-brand versions, but I still buy the tubes, or tins, made by Le Phare Bon, always emblazoned with a picture of a bright, beautiful lighthouse.

The mother of the family I was living with made lamb couscous one night, a dish that was like a brothy version of the Irish stew I’d grown up with, but harissa transformed it. Monique put a big spoonful in a bowl and diluted it with some of the broth and a little olive oil. It was no longer Irish.

It’s worth having harissa to hand, not just for North African food but because it’s so different from other chilli pastes. Asian sriracha is quite acidic, almost ‘tinny’ in flavour; Thai sweet chilli sauce is mostly about sugar; West Indian hot sauce is fruity, but harissa has depth. It’s the bass singer among chilli pastes, providing less burn, and more of a deep, earthy, low heat. I go through it quickly because I don’t just keep it for couscous. Combined with lemon juice and olive oil, it makes a good marinade, and you can add it to stews and soups, too. But my favourite use for it is this: add a big tablespoon of harissa to a bowl of Greek yogurt, stir it together and you have an instant sauce. The more it mixes with the yogurt, the mellower it becomes, but the contrast between the coolness of yogurt and the earthy heat of harissa is very satisfying.