Is Sriracha the New Condiment King? 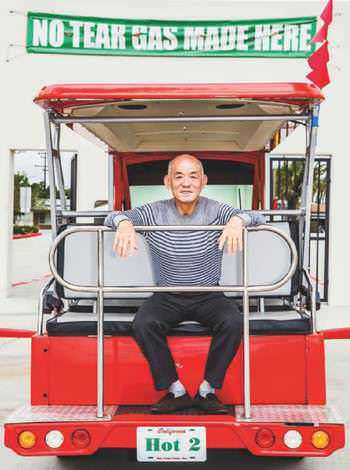 David Tran’s company, Huy Fong Foods, was already a moneymaker while it was operating under the radar for almost three decades. But since high-profile foodies have endorsed his sriracha hot sauce over the past few years, it has become the condiment on nearly every American’s lips.

Tran, CEO, emigrated from Vietnam to the U.S. in 1979 on the freighter Huey Fong, a name he tweaked when he was inspired the following year to launch his company, selling his version of sriracha hot sauce to Asian restaurants around Los Angeles straight out of his Chevy van.

A spicy and tangy chili and garlic paste, sriracha is named after Si Racha, a district in Thailand. Huy Fong’s sauce is made from grinding, rather than roasting, a variety of California-grown peppers, plus salt, sugar and vinegar. His is thicker than most srirachas, and while spicy, the heat doesn’t overpower the flavor of foods, Tran says. In addition to sriracha, Huy Fong sells a chunky chili garlic sauce and sambal oelek, a blended chili sauce.

“Everything tastes better with sriracha,” Tran claims. “I put it on everything and eat it every day.”

Tran eventually shed the van, but even after starting to sell his products through more traditional distribution channels, he maintained a low profile. The company did not advertise, had no social media presence and did not welcome press coverage.