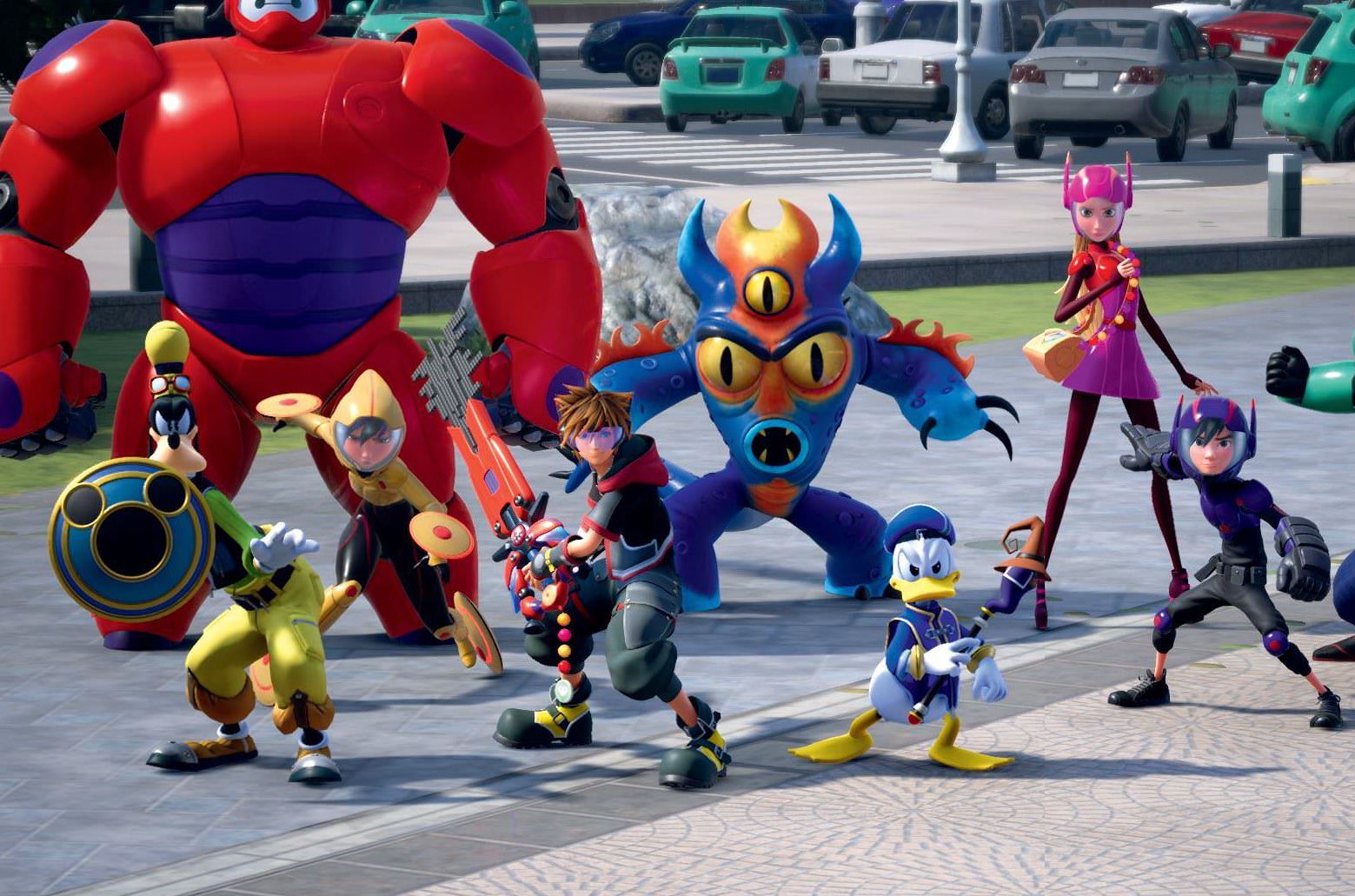 This giant Disney-themed love fest is only a few months away now so we’ve had another little taste of this ridiculously huge Japanese RPG. As well as the previously announced Tangled, Frozen and Pirates Of The Caribbean worlds we were treated to a look at the city of San Fransokyo from Big Hero 6. It looks even more impressive than we hoped – full of giant skyscrapers and chances to fly around, it looks just like the film… except with more Heartless to fight and shadowy plots to uncover.

While previous Kingdom Hearts games featured mostly areas from older 2D Disney films, KHIII has gone all-out for the more recent 3D titles, which is making the whole thing feel realer than ever before. The 3D environments of games is the perfect way to explore the settings of these huge films, so Disney fans should be in for a real treat – even if they don’t know what’s going on with the main story. Essentially the storyline follows Sora, Goofy and Donald as they fight off an encroaching darkness.