These days it feels like you can’t move for open worlds, each larger and more complex than the last. But few go about it with such aplomb as Just Cause. Featuring sandboxes in the truest sense, it’s a series about experimentation, wreaking havoc, playing with physics, and most importantly causing Chaos.

Accrue more Chaos (sort of a currency-slash-notoriety) and more people will be convinced to join Rico’s army, progressing the frontline. This tracks your progress through the game. No more liberating one area at a time, that becomes a thing of the past. Now it’s all-out war as you sweep your army in real terms across the South American island of Solis. Not only is the game world communicating your progress, but also the status of the game world itself. Quite simply, cross over the frontline behind enemy lines and Solis is much more dangerous, whereas your liberated zones are relatively safe. 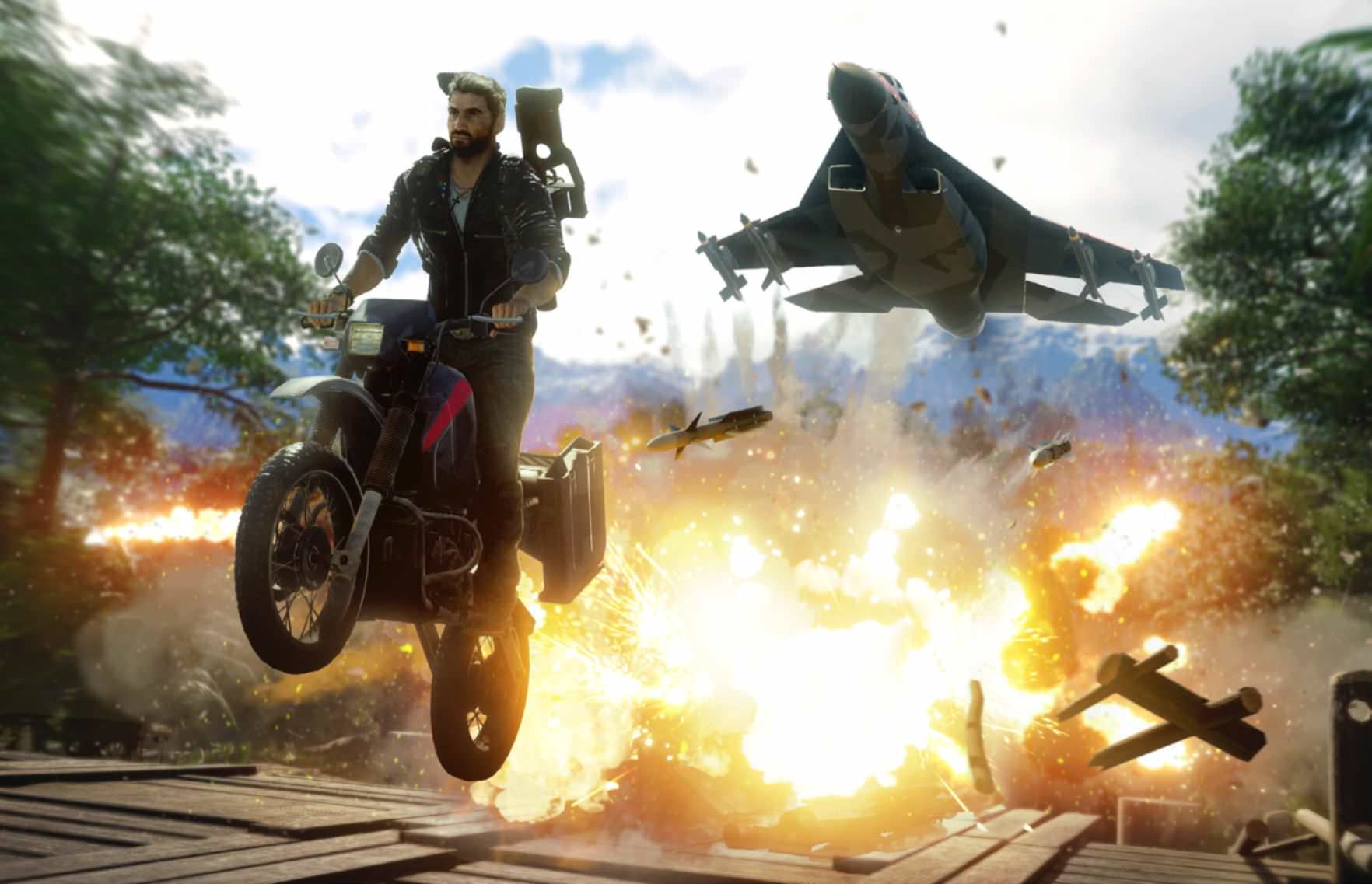 Friend of the earth

That’s what Just Cause 4 is all about. With Rico Rodriguez’s toolset already being pretty well established – the combination of parachute, wingsuit and grappling hook (which has changed the most, and we’ll get to later) has allowed him to master zipping all over the countries he’s helped liberate, and run rings around his enemies. The natural progression for Just Cause 4’s development has been to get stuck into the world itself, dig in, and see what can be unearthed for the world to begin to speak more for itself.

“Players loved playing with that and mastering it, but we didn’t want to change the way the players played the game,” explains Omar Shakir, the game’s narrative director. “One of the analogies that Francesco Antolini, our game director, often uses is ‘when you build a sandbox it’s not necessarily about creating more water, for a surfer, it’s about creating better waves that a surfer can ride’.”