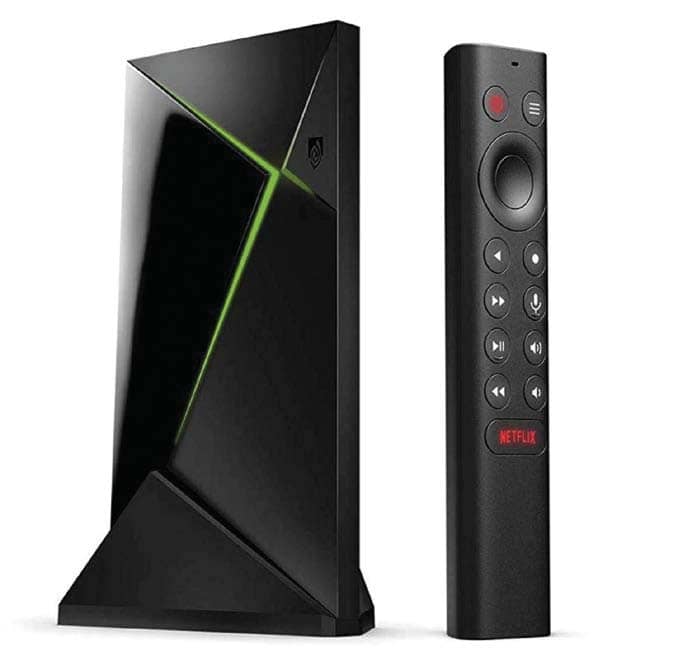 Is this the most powerful media streamer you can buy?

Media streamers come in a variety of shapes and sizes, but none are as formidable as the chunky new Nvidia Shield TV Pro. Nvidia’s updated Android TV box is a monster of a 4K media hub, with beefier internal components than previous models and added support for Dolby Vision. But with so many cheap and capable streamers out there, is the Nvidia Shield TV Pro worth paying for?

According to Nvidia, the Pro’s performance is “up to 25%” faster than any previous Shield TV device, thanks to an updated Nvidia Tegra X1+ processor and 3GB of memory. However, it only has 16GB of onboard storage, which is quite a drop from the 500GB available in the last version. Meanwhile, on the rear edge, there are two USB 3 ports, an HDMI 2 output and a Gigabit Ethernet jack.

As well as being a powerful media streamer, with 4K HDR10 and Dolby Vision support, the Shield TV Pro doubles as a Plex Media Server, so you can organise and access your personal media library and stream wherever you go. It’s also a formidable gaming hub that can stream Triple-A games titles and run practically any retro emulator going.

At a whopping £200, however, it’s undeniably pricey. If that’s beyond your budget, there’s a cheaper Shield TV, also with an all-new design, for a more reasonable £150, but it only has 2GB of memory, 8GB of internal storage (though you can expand this with microSD) and fewer ports. (Buy Now)