Microsoft The Reinvention Of The Tech Giant 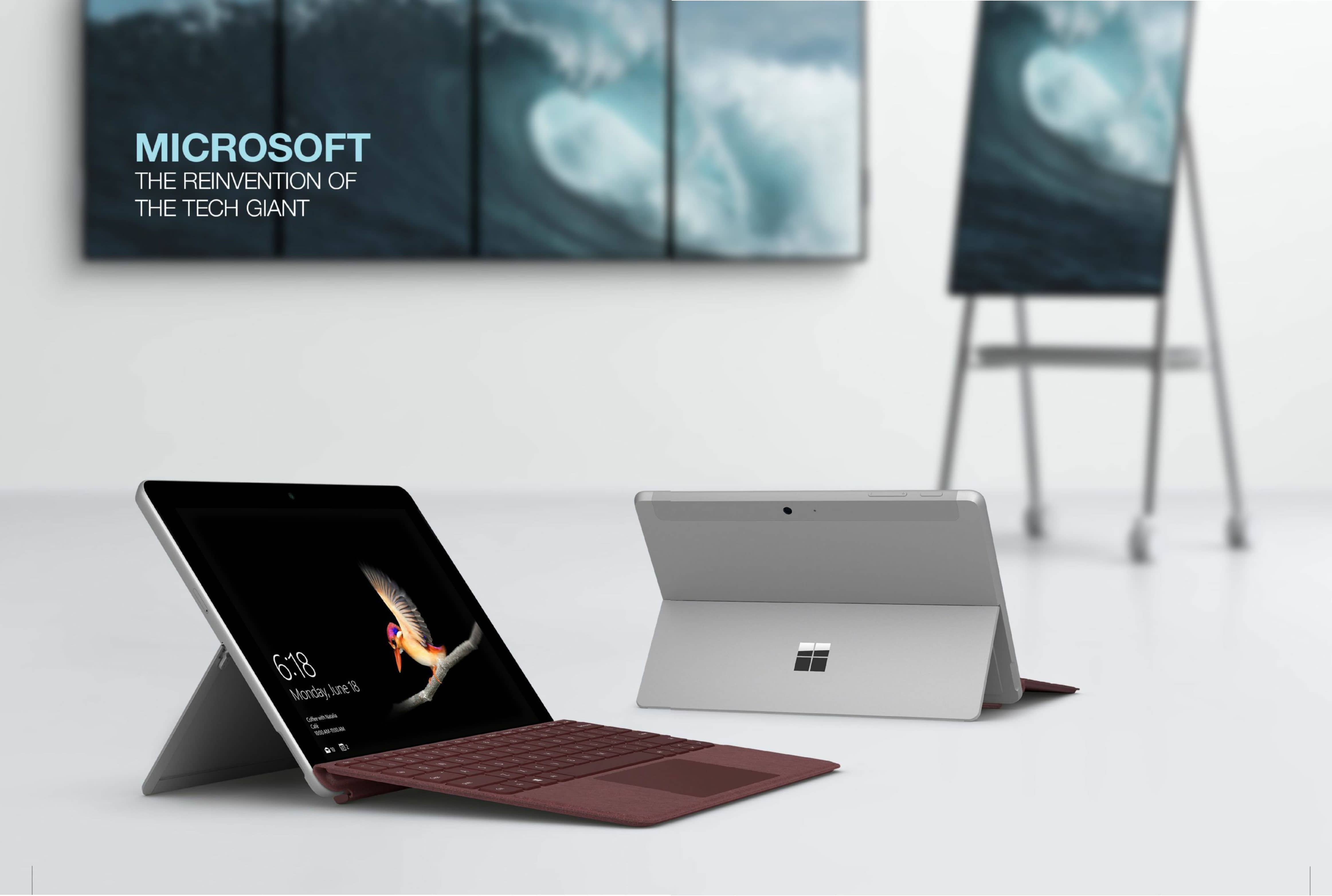 As Microsoft changes its strategy and turns its attention to businesses and cloud computing, it has reported record growth and profits.

Delve deeper into the giant’s checkered history, see how its cutting-edge hardware is causing Apple and Google to rethink their strategies, and explore what the future will bring for one of the world’s most iconic technology brands.

ALL CHANGE AT MICROSOFT

Over the past five years, Microsoft has gone through something of a revolution. Satya Nadella took over from Steve Ballmer as chief executive officer in 2014, at a time when the company was facing significant challenges. For the first time, Microsoft wasn’t a dominant player in the personal computing world, and whilst its market share remained strong, rivals Apple and Google were tightening their grip on customers and offering innovative products that took consumers away from the once ubiquitous Microsoft. The company also battled through the move from laptops and personal computers to smartphones and tablets, and its Windows Mobile product simply didn’t connect with customers in the way the firm had hoped.

Microsoft’s search engine Bing was also struggling, with the company spending hundreds of millions on securing deals to make the name prominent and claw market share from Google. By the end of 2014, the company’s market cap stood at $300 billion half of what the company was worth in 1999 and half of what it’s worth today - close to $800 billion with shares reaching a record $104.29 apiece in mid-2018.

As part of a reinvention programme, Nadella launched a series of initiatives to breathe life into the company’s flagging products and services and worked to reshape Microsoft’s culture. His first target was to prioritize cloud computing, with Microsoft Azure struggling to compete with Amazon Web Services. Just two years after his introduction at the company, Nadella helped to increase Microsoft Azure’s cloud computing sales by more than 90% and added a revenue stream for the company, that prior had been too focused on the consumer market. When you consider that Amazon Web Services alone is worth more than $250 billion, it is clear why Microsoft wanted to enter into the business world and offer cloud solutions.

As well as putting emphasis on Azure, Nadella worked to downsize the Windows operation, which was churning money and delivering little returns. He also worked to switch software sales to user subscriptions, with the introduction of Office 365, and in early 2019 it’s expected the company will launch a new subscription service, with the company for the first time bundling its operating system and software packages together under one suite. The CEO has also been quick to acknowledge changing consumer need and, just months after being sworn in as the new boss, ordered for the Windows Office suite to be made available on Apple’s iOS mobile operating system. As of 2019, all of Windows’ core products are available on Android, iOS and macOS devices, which has solidified the company as a software and subscription-based business in today’s changing times and is helping to shape the future of cross-platform compatibility.