iPhone 6s: More Than Live Up To The Hype 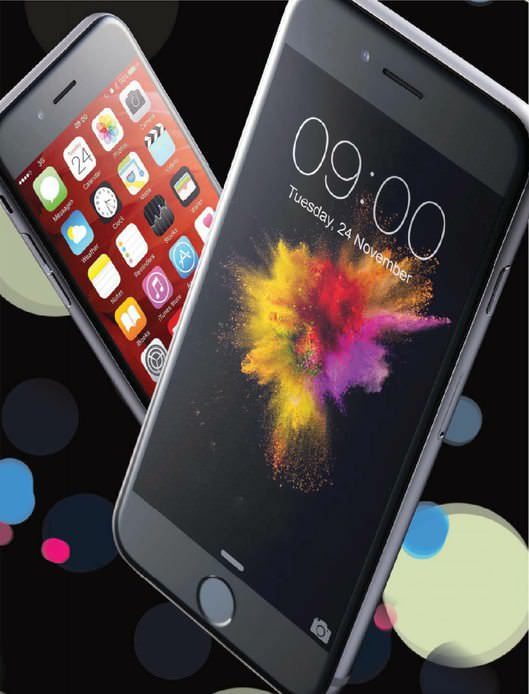 The next-gen iPhone does more than live up to the hype. T3 presents a guide to the smartphone we've all been waiting for

It’s undeniable. With every new iPhone comes a wave of excitement. Apple just knows how to do phones – and hype. While it may not have a radical new design – let’s be honest, it looks pretty much the same as last year’s iPhone 6 – there are a number of exciting new features and improvements to the iPhone 6s that should have you contemplating that new phone you just bought with some regret. These include 3D Touch, a new way of interacting with your favourite apps, and Live Photos, a feature that gives you the ability to capture short moving images. Th ere’s also glorious 4K video and a new internal architecture that gives your phone more power.

Here, T3 brings you the ultimate guide to the iPhone 6s, covering everything from the subtleties in design through to those new features and improvements. We even look at how the 6s compares to our top Android phone, the Galaxy S6 Edge. Read on to meet the next generation of smartphone…

The iPhone 6S is almost identical in appearance to last year’s 6, but are there any differences?

As with all of the ‘s’ updates so far, there’s no major overhaul of the iPhone chassis design with the 6s. The power button, volume keys, speaker and silence switch are all in the same place as last year’s model. In fact, you can hardly notice any real difference. There is a slight increase in thickness (the 6s is 7.1mm thick, as opposed to the 6.9mm of the 6) and the phone is a little heavier at 143g. However, these tweaks are so subtle you’ll forget them when you start using the phone.

There’s also no real clue that you’re using a 6s, apart from a small, sophisticated ‘s’ logo on the back of the device, which will likely be covered up by a protective case anyway (incidentally, 6s case dimensions haven’t changed). You may not know it, but the 6s is constructed out of super-smooth, ultra-durable 7000 Series aluminium, an alloy that Apple is claiming to be the strongest metal ever used in an iPhone. So no more ‘bendgate’, then, we hope.

On the subject of strength, there’s also a new and much tougher glass covering the screen. Hopefully, this will make the latest iPhone less prone to shattering if you’re unlucky enough to drop it. Happily, the responsiveness of the screen remains as excellent as ever.

Those yearning for a new addition to the iPhone colour palette will be pleased to see the addition of a rose gold colour with the 6s. In real life, it’s less pink than it looks in Apple’s promo photos, and it will, of course, complement your rose gold Apple Watch perfectly. That luxurious new colour is in addition to the classic space gray and silver options present with the previous model.

If you’re currently in the 5s upgrade cycle, believe us when we say that the 6s is a very different phone. The 6s is larger, with a 4.7-inch LED backlit widescreen and a 1,334 x 750 resolution at 326ppi. And the metallic chassis (67.1 x 138.3mm) feels glorious in the hand when you’re coming from the 5s. The back can be scratchprone, though, so we’d suggest covering up with a suitable case. That said, the construction is fantastic. Everything feels solid and there’s no ‘wiggle’ in the buttons. The iPhone 6s comes in 16GB, 64GB and 128GB versions. We’d go for one of the latter – with 4K video here, 16GB will get swallowed up quickly.

So let’s recap: the chassis design hasn’t changed from the 6, but it retains its great looks, feels ace in the hand, and adds subtle tweaks to the solidity of the device. If you’re coming from a 5s, the upgrade to a 6s is a no-brainer. If you’re an Android user, we’d urge you to try a 6s to see how it compares in both the construction and the detailing.

The 6s sports Apple’s fastest chipset yet, the A9. It has myriad upgrades, such as the M9 coprocessor, enabling the 6s to record more motion without impacting on battery life. It’s been hard to test this before the official launch of the 6s, because there aren’t any apps unveiled that can make use of it. The games shown at the iPhone debut, like Warhammer 40,000: Freeblade, showed that the 6s is capable of breathtaking apps and is able to combine them with 3D Touch to enable new methods of gameplay.

Browsing apps is as snappy as ever (albeit with a slight delay if you have animations enabled), and we can’t fault the speeds over Wi-Fi or cellular connection. The 6s comes with the M9 motion coprocessor for tracking your fitness with health apps, and it powers Siri further. Now all you need to do is say, “Hey Siri” and the 6s loads up Siri, enabling you to use voice controls without having to touch your 6s. 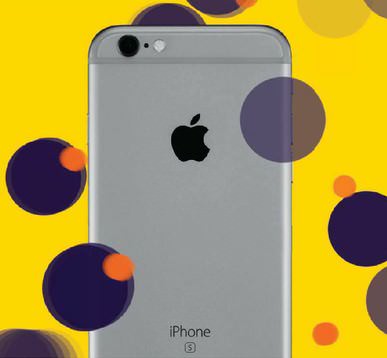 The iPhone 6s brings with it a better camera, some neat new features and the ability to record video in vivid 4k

The iPhone camera is arguably the most used camera in the world, and with every device Apple releases, the camera just keeps getting better. The camera on the 6s is no exception, being bumped from an 8MP to a 12MP sensor. This gives you a little more detail in your snaps, and lets you zoom in further. In real terms, there’s not much difference in picture quality between the 6 and 6s cameras – the brightness and colour reproduction are pretty similar. Under low light, though, the 6s camera is better. That’s impressive considering that with a higher number of pixels, low-light performance usually drops.