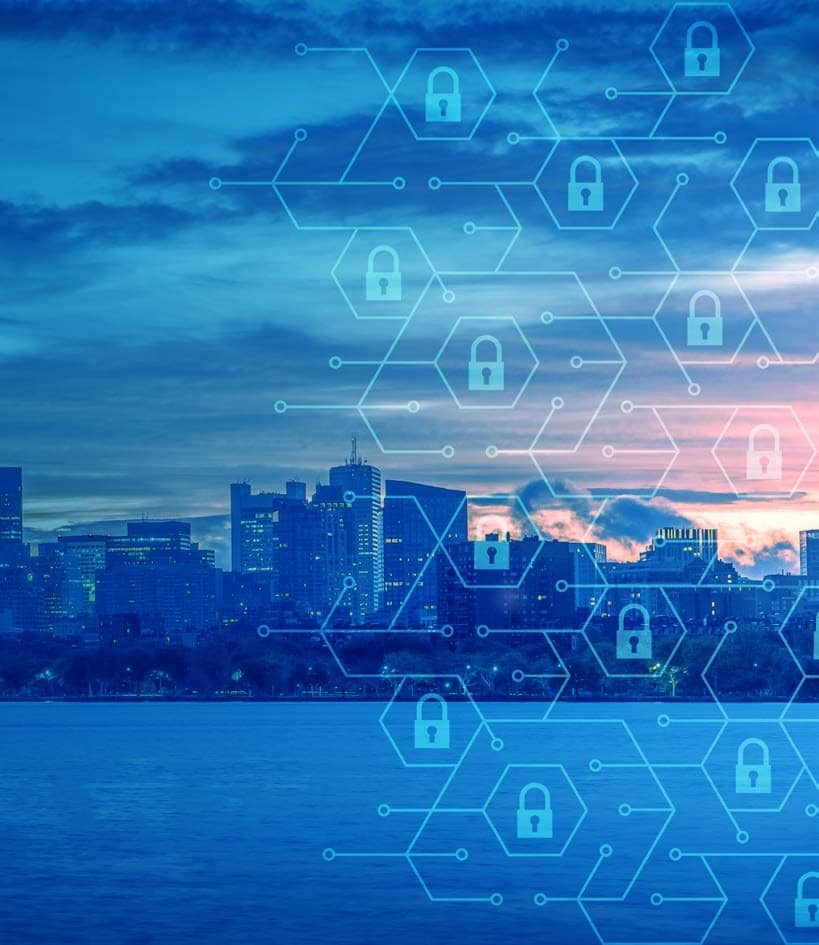 Security Remains A Key Concern That Both Public And Private Sector Firms Share As Nations Move Forward With Their Smart City Ambitions. Experts From Khalifa University Has Recently Embarked On A Mission To Secure The Millions Of Devices That Will Be Connected By The Internet Of Things (Iot) – An Essential Component Of ‘Smart Cities’ And Central Part Of The UAE’s Economic Development. Daniel Bardsley Reports.

Novelists, filmmakers and comic book artists have created many depictions of how cities might look in future and while their ideas have varied, they have often had a dystopian theme.

The cityscape to come might be a tangle of metal frames and stacked mobile homes like that in Steven Spielberg’s 2018 blockbuster movie Ready Player One, which depicts a society turned upside down by “the bandwidth riots”.

It could also involve the soaring tower blocks of Mega-City One, a North American urban sprawl where the motorbiking Judge Dredd has, since the late 1970s in the weekly comic 2000AD, been fighting an often deadly battle against the criminal underworld.

While writers of fiction like to give their imaginations free rein as they fashion a dark future for humankind, technology is already on the cusp of reshaping urban life in what will, it is hoped, be a much less menacing way: making the city connected.

“At its most basic premise, a smart city is a city that has deployed devices and sensors to collect data about activities occurring around the city to feed that data back into software solutions that can dynamically respond to those activities,” says Catherine Michel, the chief technology officer at the Canadian-headquartered digital services company Sigma Systems.

Solutions linked to smart cities can extend to everything from intelligent street lighting to assistance for elderly people and more efficient energy networks.

In a briefing document, the London-based professional services company PwC notes that smart cities are about deploying a wide range of technologies, whether that is Internet of Things (IoT) devices, artificial intelligence, big data, mobile technology and robotics.

Michel says, though, that “a city does not become a smart city just by deploying connected devices”.

“Becoming a smart city requires concerted, intelligent design, starting with the use cases for what the solutions are ultimately meant to do for the lives of its citizens,” she says.

“The ultimate goal is to get the city’s infrastructure and services working at their most efficient levels to best support, rather than impede, the quality of life on a daily basis.”