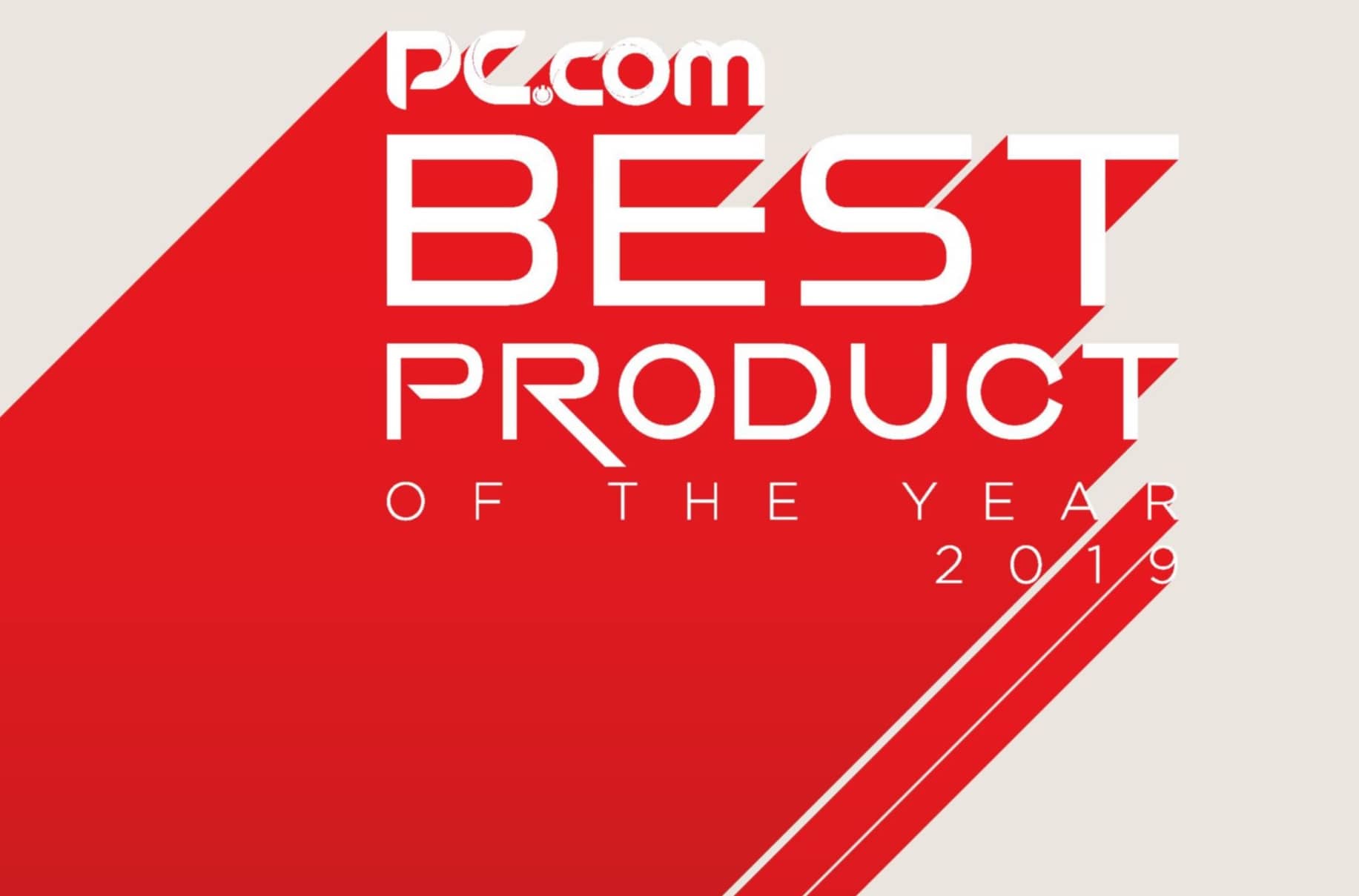 The PC.COM Best Product of The Year Awards 2019 has come to a close and boy, what a journey it’s been! We left it to you, the consumers, to decide on which brands came through the most for you in their respective categories. Some won as expected, while others surprised more than a few of us, but there can be no doubt that every single winner thoroughly deserve their names etched on these awards. So, without further ado, here are your winners.

The Best Telco of 2019 award had to go to the one with the best 4G LTE network and all-round data service. And the winner to come out of the stiff competition, was Celcom. Celcom’s solid 2019 consisted of investments into the latest end-to-end technology such as 4T4R multiple-input and multipleoutput (MIMO), Carrier Aggregation and Quadrature Amplitude Modulation (QAM). This upgrade led to improvements all across the board, from postpaid and prepaid to customer service, Celcom meticulously put in work to ensure that its customers received nothing but the best internet connectivity and digital experiences.

In 2019, Celcom’s 4G population coverage rose to 93%, whilst expanding its coverage to now provide consistent, reliable speeds to 10 states and 25 prime cities nationwide. This brings Celcom’s site count to over 11,000, 9000 of which are LTE sites. It really doesn’t get more expansive than that.

Don’t just take our word for it. Celcom’s 4G LTE network was acknowledged by Opensignal, an independent analysis of mobile measurements, for being ranked number 1 for 4G Availability, Video Experience and Latency Experience in Opensignal Award – Malaysia: Mobile Network Experience Report September 2019 and the accolades don’t end there.

Speaking on the award recognitions, Celcom CEO Idham Nawawi reiterated how proud and grateful Celcom are to receive these recognitions and pledged to persist to enhance Celcoms network and services to contribute to the grown of the nation’s digital ecosystem in the 5G era.

Celcom Xpax offers its latest affordable postpaid plan in the form of its XP Lite plan. Customers immediately enjoy unlimited calls and 1GB internet per month for a mere RM28. What’s so great about it is that Celcom gives customers the option to size up if it’s not enough! For an extra RM30, you can get 14GB of internet with an L Pass. If that’s too much for you, Celcom’s got you covered as well, with the M Pass offering an extra 7GB of data at just RM10 a month.

Celcom’s hustle doesn’t just end there. In 2020, Celcom will further intensify its focus towards operational excellence in the 5G era on top of focusing on grooming digital entrepreneurs, improving social welfare and contributing to rural digital development, ensuring no one is left behind in the digital era.

With such a holistic approach to taking care of its customers' needs, it’s no wonder Celcom was voted as the #1 telco for a whopping three categories!

You’re on the couch, smartphone in hand and earphones on. For the next hour or so, you’re thoroughly engrossed with

your favourite shows on YouTube or Netflix. After which, you’re going to scroll through your Facebook and Instagram feed and click on random animals being cute clips or the latest video tag trends that will leave you in stitches and question humanity. 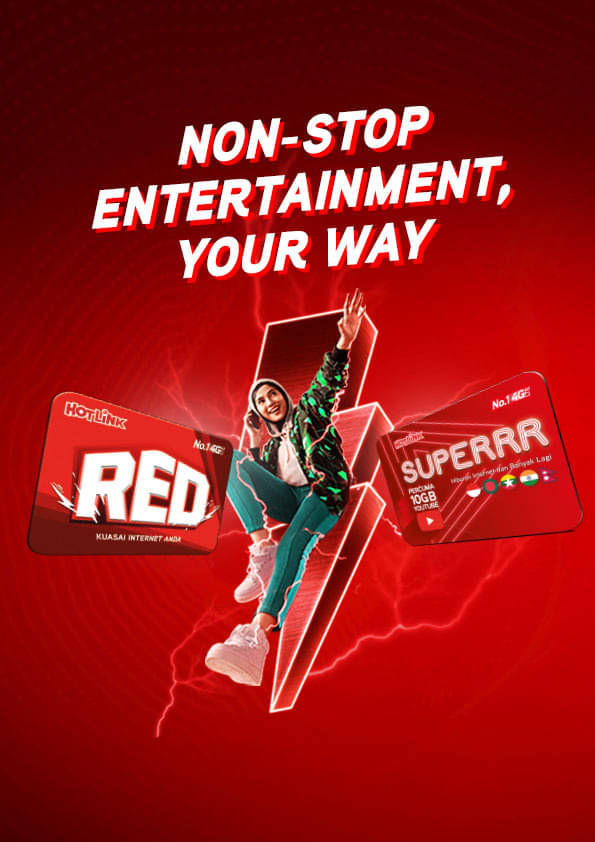 SATISFYING YOUR INSATIABLE APPETITE FOR THE INTERNET

You’re on the couch, smartphone in hand and earphones on. For the next hour or so, you’re thoroughly engrossed with your favourite shows on YouTube or Netflix. After which, you’re going to scroll through your Facebook and Instagram feed and click on random animals being cute clips or the latest video tag trends that will leave you in stitches and question humanity.

Malaysians love the Internet. And we cannot stop! Being an entertainment-hungry country1, we love to stream, surf, play games and share things on social media2.

Just look at the stats in recent years: The percentage of Internet users in Malaysia has increased from 76.9% in 2016 to 87.4% in 20183. We are actively hunting for the latest entertainment, with eight out of 10 (82%) people watching videos online every day1.

Malaysians are also consuming a wider variety of content more than ever before – from catch-up videos or on-demand services, to free videos on YouTube and via social content that appears in our social media feeds. In fact, we don’t only want to watch professionally produced shows, but we tend to relate very much to videos made by ‘people like us’ or influencers, and interestingly, even brands1. Well, who doesn’t love a good festive season ad that tugs at the heartstrings?

In terms of Malaysians’ mobile app activities, messenger app usage is the highest at 96% with WhatsApp taking top spot, followed by watching videos at 95% with YouTube being the top app, mobile map services at 85%, mobile gaming at 73% and mobile banking at 66%2.

The number of mobile Internet users to the total Malaysian population is 77%, as opposed to the global 52%2. It’s therefore not surprising that our country has among the highest mobile data users in the region as of the end of 2018, with more than 10GB of monthly data usage on average. Maxis’ own customers are consuming an average of 15.2GB per month, as at the third quarter of 2019.

Such figures shouldn’t really surprise us. The demand for richer content such as high-definition (HD) and ultra HD videos, as well as sophisticated online mobile games, is growing and driving higher demand for mobile data. Mobile Legends: Bang Bang and PUBG Mobile are two games that come to mind, and they also command the highest number of active users and downloads in the country2.

Such big appetites for data, so many different ways to use data. How do you satisfy them all?

We want it our way

Mobile plans and unlimited data are no longer terms in telcos’ lingo today, rather it’s all about delivering products and services that add value to customers’ increasingly digital-driven lifestyles. It’s about getting what we want, when we want it, and how we want it.

It has become part of Maxis’ DNA to give customers the Unmatched Personalised Experience (UPE), where we cater to these unique needs by giving customers the freedom to choose things “our way”. For instance, MaxisONE customers can use their data for their own consumption, or share it with anyone across all other phones and/or tablets. They can also use this pool while roaming overseas.

MaxisONE Prime customers meanwhile can use unlimited mobile and fibre data for the whole family. With Maxis TV just launched, you have a video entertainment service that offers premium video content from movies to TV shows that is affordable and flexible for everyone. The all-in-one platform is easily accessible through the MyMaxis, Hotlink RED and Flex apps, enabling customers to choose to watch whatever, however and whenever they want from as low as RM3/day, bundled with data.

Meanwhile, Hotlink customers have the freedom to choose 10GB on YouTube every month or 10GB for Facebook every month, and HotlinkMU offers five unique mobile Internet and other highly personalised and relevant deals every day on the Hotlink Red App.

Malaysians are truly digital natives and love consuming videos in all forms. We get it! People live in a world of converged connectivity where it’s so much easier having someone who can meet all their content and service needs. 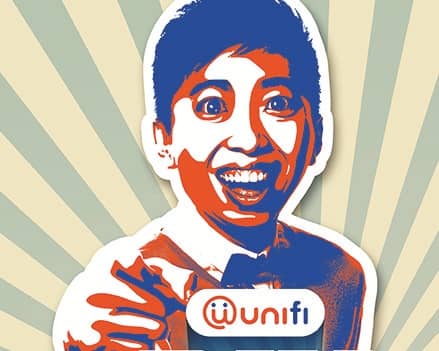 UNIFI 300MBPS – A COMPREHENSIVE DATA EXPERIENCE CUSTOMIZED FOR YOUR EVERY NEED

With massive amounts of bits and bytes feeding the online habits of many Malaysians, Internet Service Providers or ISPs, are increasingly viewed (and treated) like utility companies, i.e., if your home’s power supply is interrupted, TNB will surely receive an unpleasant call from you.

Albeit, unlike traditional utility companies – electric, water, sewage – ISPs have existed in the free market for much longer and are therefore are very competitive in terms of speed and pricing. To complicate things even further, most of these ISPs are running on the same infrastructure as their competitors; so how do you decide which ISP is right for you?

unifiis probably the best-known ISP in the country, having connected people online throughout Malaysia for nearly 25 years. Seeing the evolution of the ISP landscape, unifihas embarked on the #khabarbaik movement which seeks to change consumer perception of ISPs from being just a ‘utility company’, to a brand that endeavours to bring you the best experiences that the internet could offer.

At the core of this new movement is the unifi300Mbps plan – a comprehensive internet and entertainment package fit for EVERYBODY from e-Sports athletes to fandoms of popular TV series. The unifi 300Mbps plan doesn’t just offer subscribers data to be used but provides them with data to be experienced.

With unifi300Mbps, subscribers can get their fix of the latest Hollywood movies with unifi’s FREE 100 blockbuster Videos on Demand (VOD) and an extensive selection of over 100 options from international movies and TV series, to Korean dramas and live sports with the unifiTV Ultimate Pack and unifiTV Media Box. The best part is, you have the option to watch all this content from the comfort of home, or on the go, via your smartphone, with each plan allocating access for up to two devices.

On top of the unlimited 300Mbps fibre connection, you and your loved ones could also enjoy 600 minutes of free talk time to all mobile and fixed lines nationwide. If that is not enough, you can still enjoy free calls to fixed lines nationwide, and a minimal charge of 10 sen per minute to all local mobile networks.

Even with everything that is on offer, nothing illustrates unifi’s customer-first approach better than the price reduction – at only RM199 a month (from an initial RM279), it’s a real bargain. To further add to unifi’s journey of providing customers with unparalleled service and greater freedom of choice, unifiis also offering savings of up to RM400 when you sign up for its Pay Nothing campaign. So, what are you waiting for? #khabarbaik is only a click away. 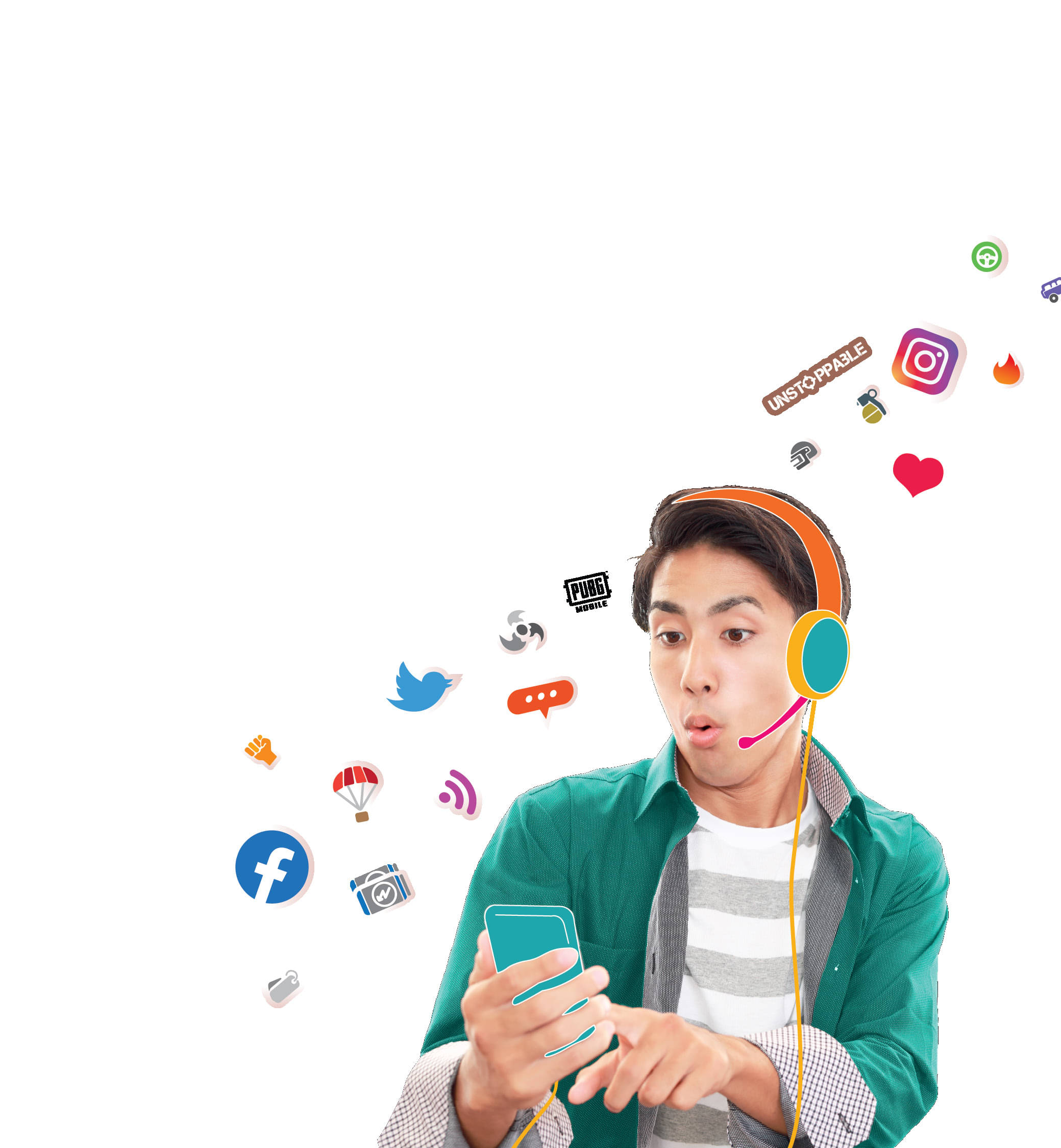 Mobile’s stellar year comprised of what they do best, disrupting the status quo by actually putting the needs of the customer first.

The landscape of the market is ever evolving and U Mobile have recognized that conventional data plans just aren’t going to cut it anymore. As such, the award winning telco has designed a comprehensive prepaid ecosystem that not only offers customers value for money but is also relevant to the youth of Malaysia.

U Mobile’s Unlimited Funz pack is a prepaid pack with an emphasis on gaming that is like no other. For one, it is the first and ONLY pack with free UNLIMITED data for gaming apps, as well as social and messaging apps. No more pesky data caps, say hello to the freedom to be yourself whenever, wherever.

Can’t get enough of PUBG Mobile and MLBB? Unlimited Funz has got you covered. Constantly scrolling through your socials on Facebook, Twitter and Instagram? Not a problem. Need to keep in touch with your buddies on Whatsapp, WeChat, FB messenger, IMO and Viber? Consider it done.

And that’s just the prepaid pack. As part of its comprehensive prepaid ecosystem, U Mobile is also offering unbeatable prepaid plans. Need even more data? Look no further than U Mobile’s Giler Unlimited GX30 prepaid plan. For just RM30 a month, you get UNLIMITED data for everything on U Mobile’s new and improved 4G network with no extra charges whatsoever.

U Mobile customers are essentially paying RM30 to never run out of data; it really doesn’t get more straightforward than that. The award-winning telco has yet again left its competitors in the dust with a gamer-centric plan unlike any other. The peace of mind to focus solely on becoming the best without having to worry about data caps is now only a prepaid pack away. It’s safe to say, U Mobile’s offerings have changed the landscape for mobile plans in Malaysia. It’s no wonder every other operator is now scurrying to follow suit.