Windows 10 May 2019 Update: Sandbox And A Better Windows Update Improve Your PC 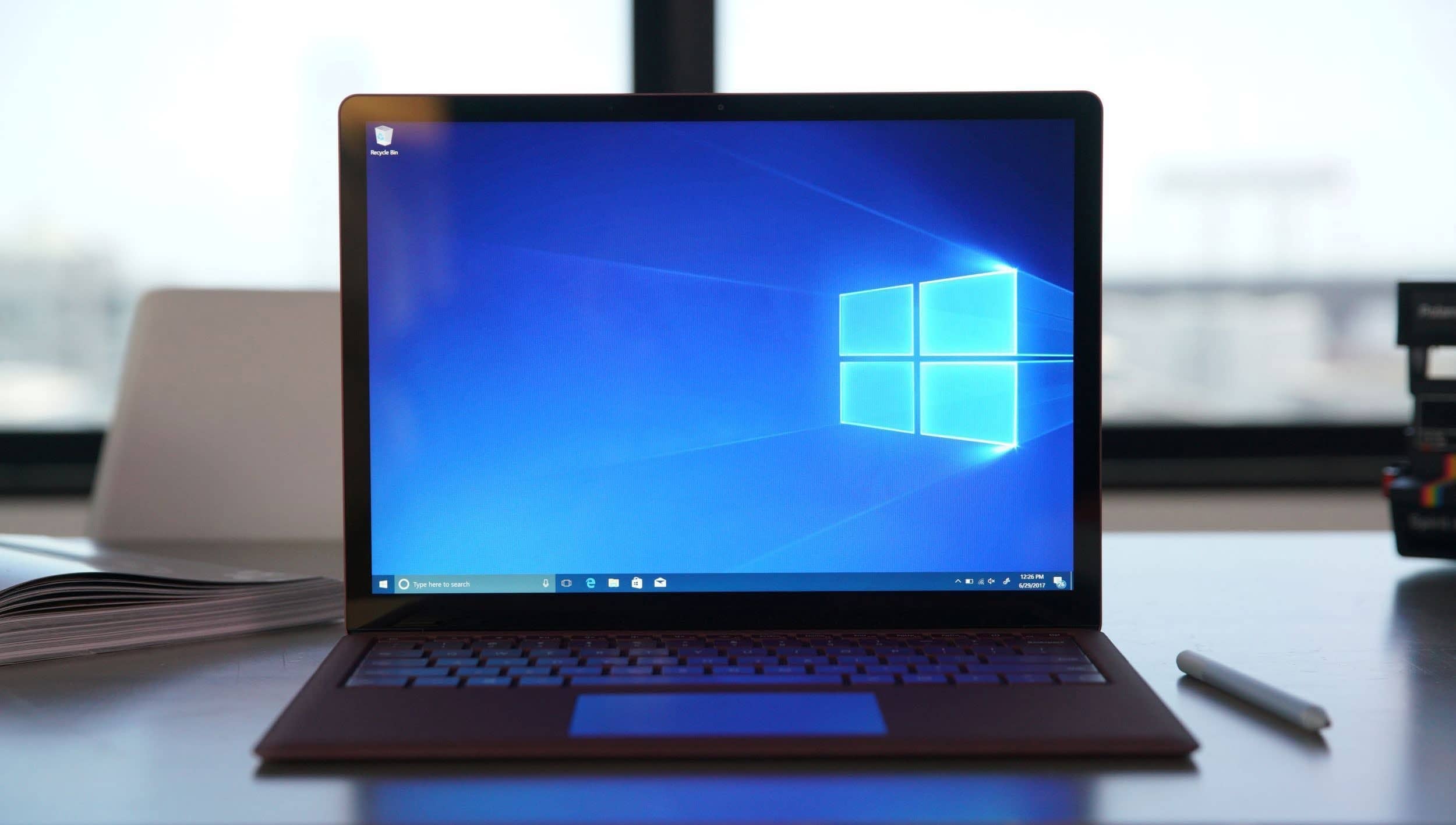 Microsoft’s latest 19H1 feature update isn’t as aspirational as Windows 10 once was. And that’s OK.

Microsoft's Windows 10 May 2019 Update offers some badly needed improvements to Windows Update, a much speedier search function, and troubleshooters that solve problems on their own. There’s even an updated emoji keyboard with symbols and the more sophisticated kaomoji. The best feature, however, is the cool new Windows Sandbox.

The May 2019 Update (also known as 19H1 or version 1903) may not officially be pushed to your PC until later in May, but it’s already available (go.pcworld.com/alv) if you want to manually download it via Windows Update. We’ve also compiled a separate roundup of the best hidden features of the Windows 10 May 2019 Update (go.pcworld. com/9up) that lurk beneath what we’ve talked about here, including a better Focus Assist and reserved storage.

Windows Sandbox stands out as a secure lockbox for testing new apps and sites—but only if you’re running Windows 10 Pro. If you’re familiar with Windows 10 Pro (go.pcworld. com/wnpr), you’re aware that virtualization is one of the key differentiators—everything from a full-fledged Hyper-V virtual machine, to the more purpose-driven WDAG secure browser (go.pcworld.com/ scbr). Sandbox is somewhere in the middle: It’s a simplified, protected, virtual “Windows PC” that lives within your actual, physical PC.

You’ve already learned not to mess with an app that might be malware—the same goes for a website. Sandbox changes the game. Now you can open a suspicious entity within Sandbox. If it is malware, it will remain trapped within the Sandbox virtual environment—and once you close the app window, everything disappears, permanently. There’s one exception: If you copy a downloaded file out of Sandbox and into your PC, it remains. You’ll need to be sure you haven’t downloaded any malware. But that’s the whole point of Sandbox.

Sandbox carves out a chunk of your CPU and memory to run, so how fast your PC performs will affect Sandbox’s performance. But it’s a useful tool for testing that “system utility” that’s giving you some bad vibes, or just browsing securely in places you probably shouldn’t go. (It doesn’t anonymize you, though, so beware.) 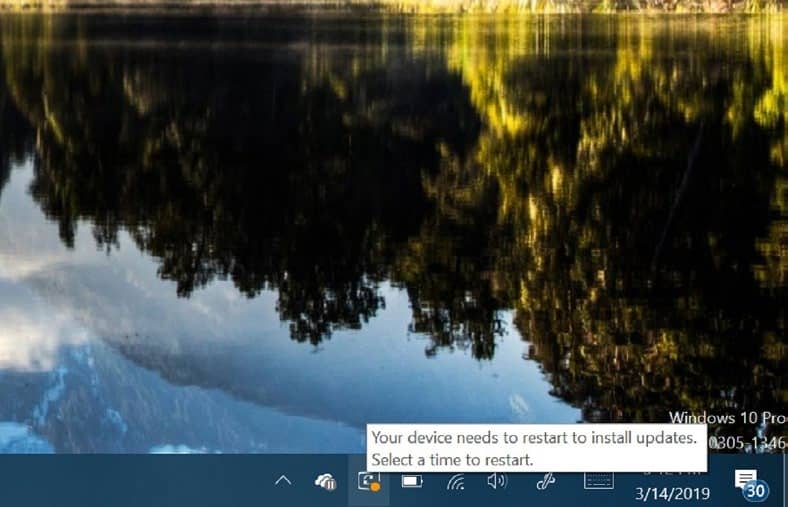 Every year, twice a year, a new raft of videos surfaces showing how Windows Updates trash gaming sessions (go.pcworld.com/ sess), live streams, presentations, and more. Microsoft’s listened and made improvements. A new icon appears on your taskbar when an update that requires a reboot is imminent, while a redesigned Settings page puts the “pause updates” option front and center. Finally, a smarter Active Hours option debuts, using AI to figure out when you’re least likely to use your PC.

The addition of an “update imminent” alert to your taskbar is slap-your-head obvious, and will certainly help mitigate the shock users can feel at an unexpected update. (Browsers like Chrome already use a similar icon.) It’s a seemingly small but very welcome new feature of the Windows 10 May 2019 Update.

I’m less sure about the new option to “automatically adjust active hours for this device based on activity” (Settings > Update & Security > Change Active Hours). Though I move back and forth between “production” and Insider machines, Windows’ AI thought that my current active hours were between 10 PM and 11 PM—instead of all the hours spent during normal business hours using that PC. You can click the Change link to open up a menu to change the Active Hours yourself, but Microsoft could better inform users on how to fix it.

The addition of emoji to the Windows 10 Fall Creators Update was one of its underrated achievements. Simply by typing WIN+; (a bit of emoji humor by Microsoft) you could open the emoji keyboard, quickly and easily adding emoji to any app. Now you can do the same with kaomoji and symbols, adding two more powerful means of expression to Windows. Don’t forget that Emoji 12 icons are now here, too: yay, flamingos!

What’s a kaomoji? Essentially, they’re a longer, more complex emoticon, using the same mix of punctuation symbols to form more sophisticated patterns. You may be familiar with the outraged “table flip” as well as the “angry glare” symbols. There’s also a tab for dedicated symbols, too, such as currencies.

Be aware that while the emoji portion of the keyboard has a search function at the top, the kaomoji tab lacks anything similar—well, except for an equally arcane tabbed interface at the bottom, which is sort of a mess to use. There’s also a very thin scroll bar to the right of the emoji keyboard that offers more choices. On my machine, though, moving the entire keyboard around was extremely laggy.

Unfortunately, as you may see in this story, not every app treats the kaomoji as a single word. Some of the effect is therefore lost if it’s broken up over more than one line. Nevertheless, typing the Windows key and a semicolon (or period) opens the keyboard. It’s Super Cool ®™!! 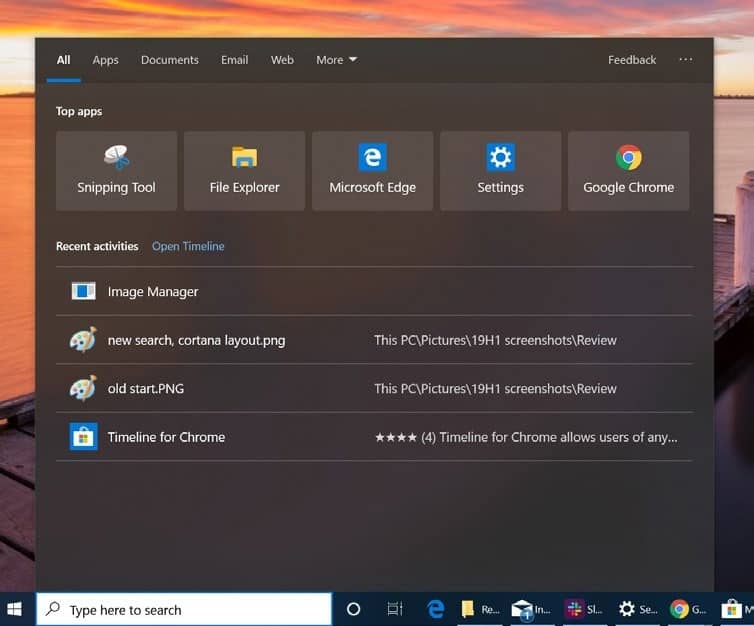 Aesthetically, the other major shift within the Windows 10 May 2019 Update is Microsoft’s decision to give Windows Search pride of place, and sideline Cortana. Previously, the search box served as an entry point to your day, tapping Cortana to summarize your calendar when you clicked on the empty search box.

Now, both the traditional search and Cortana shortcuts (Win + S, Win+C) open the search box. Microsoft may be tacitly telling you to use “Hey Cortana” to orally command your PC, but in a world that’s increasingly frowning on something as basic as a voice call, will this feature actually be used? I’m doubtful.