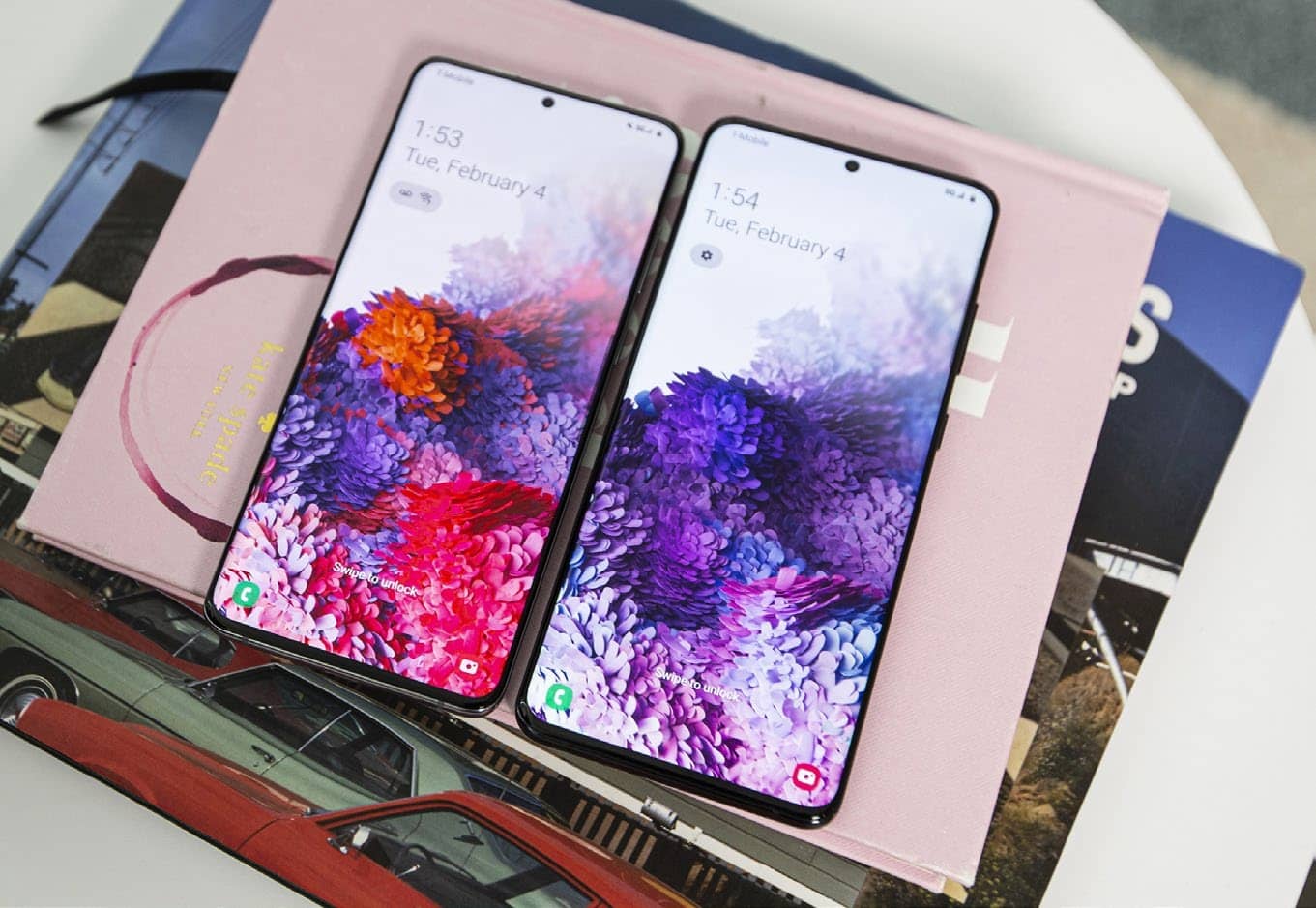 If you’ve got your eye on a new Galaxy S20, chances are the Ultra is just too much phone for you. It’s huge, powerful, and, most importantly, crazy-expensive, so most people are going to be choosing between the classics: S20 and S20+. But just because they don’t have Ultra branding, doesn’t mean you’re getting a subpar handset:

No matter which S20 you buy, you’re getting a gorgeous phone, with extremely slim bezels, a stunning screen, and a striking camera array. Samsung isn’t straying too far from its tried-and-true formula, but the S20 definitely has a character all its own.

However, while anyone will be able to pick the S20 out of a lineup of S10’s, there isn’t too much of a size difference between the new phone and the old ones:

Samsung has taken a page from Google’s and Apple’s book for the S20’s rear camera array, opting for a big rectangular camera bump rather than the S10’s horizontal array. With a trio of cameras inside, it’s a good deal deeper than the one on both the Pixel 4 and iPhone 11 (but not as gigantic as the Ultra).

While the rear camera will get all of the attention, the front camera has changed too. Samsung has corrected the S10’s biggest blunder—the off-center selfie cam—by centering the hole and reducing the size beyond even what the Note 10 brings. Consequently, the Plus model loses its second front lens, and we’re that much further away from 3D facial unlock (which requires an IR camera, flood illuminator, and a dot projector). It’s a small price to pay for sweet, sweet symmetry. However, you can look all you want, but you won’t find a headphone jack anywhere—it’s gone for good.

The Dynamic AMOLED Infinity-O display is basically the same save one big, new feature: 120Hz high-refresh support, a feature Samsung fans have been clamoring for after the Pixel 4, OnePlus 6T, and other phones gained it last year. That means the display is twice as fast as the S10’s 60Hz screen, so scrolling and animation will simply fly.

There’s just one problem: You can’t use it at full resolution. Samsung has limited 120Hz refresh to 1080p, so you’ll need to make a choice between the clearest or the fastest version of the screen.