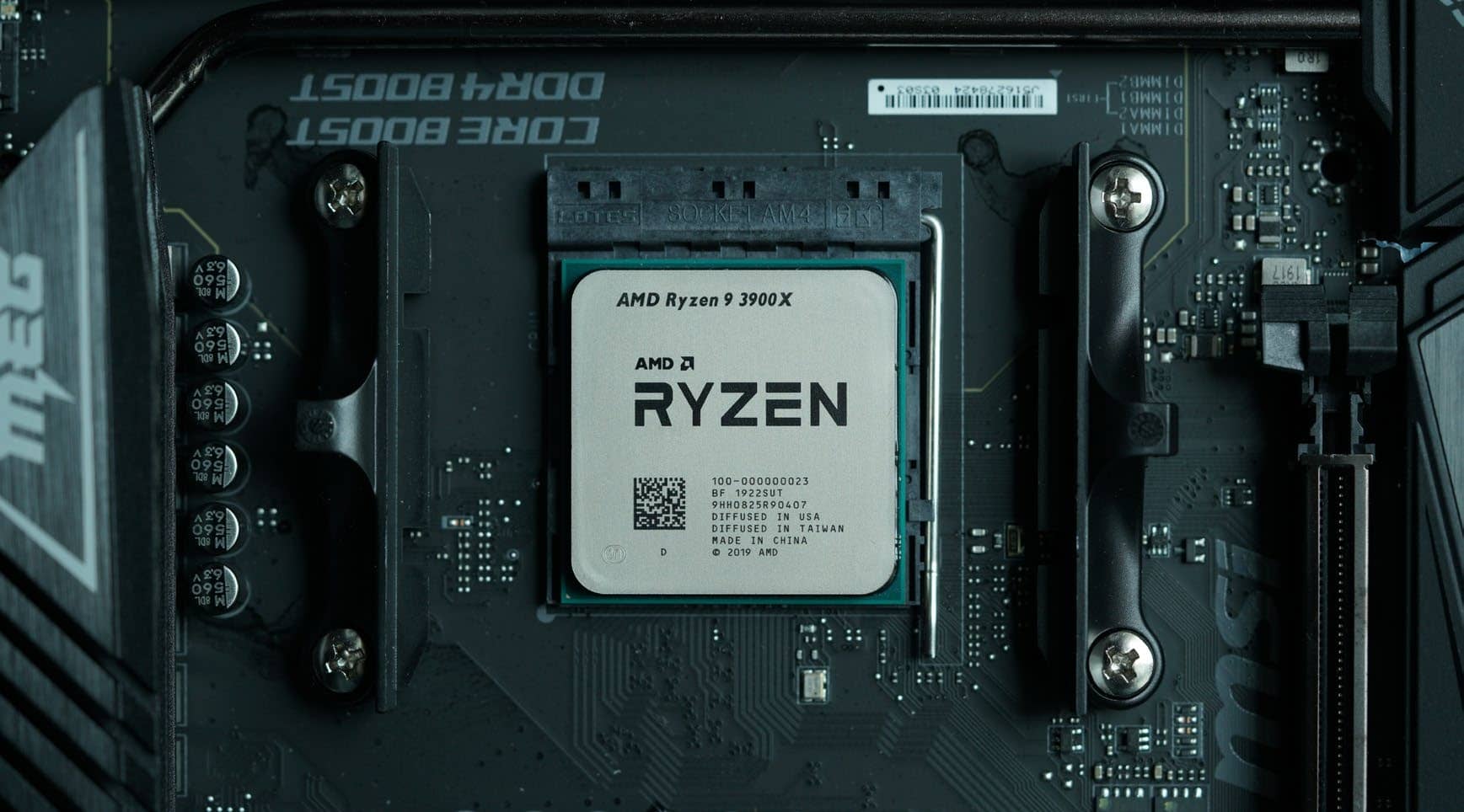 Our review of AMD’s 12-core Ryzen 9 3900X CPU, in five words: Damn, this CPU is fast.But keep reading, because the Ryzen 9 3900X is likely as significant, and likely as game-changing, as AMD’s original K7 Athlon-series of CPUs that crossed the 1GHz line first, or its Athlon 64 CPU that ushered in 64-bit computing in a desktop PC.

You’d think the Ryzen 9 3900X would have a hard time achieving the same greatness. It’s true that it doesn’t quite shake all the gaming-performance bugaboos of past generations. But we think when the dust settles, the CPU series will easily be a firstballot, CPU hall of fame entry.

It is, after all, the first consumer x86 chip to be produced on a 7nm process node. Intel’s current desktop chips are still all built on a 14nm process node, and the company will just begin to move to 10nm later this year. We suspect the chip giant is a little envious that AMD reached this tiny die shrink first.

With that production technology lead, AMD breaks out a redesigned 2nd-generation “Zen” core for the Ryzen 3000 that promises double the floating point performance over the previous Ryzen 2000 series, as well as a 15-percent increase in “instructions per clock” (think overall efficiency per clock). 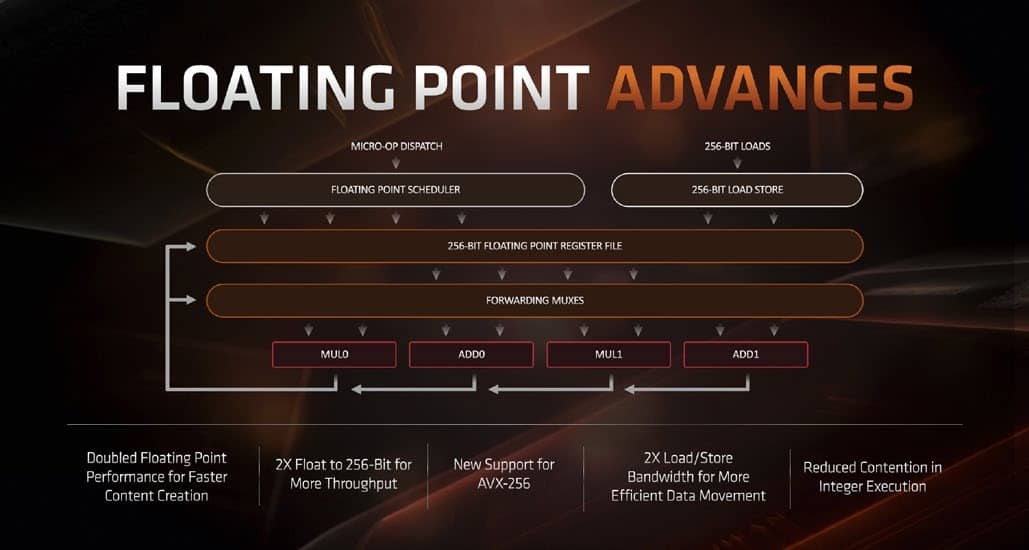 On an even deeper level, AMD said it has improved instruction pre-fetching, further enhanced the instruction cache and doubled the micro-op cache. Besides doubling the floating point performance, AMD has now adopted AVX-256 (256-bit Advanced Vector Extensions; and yes, Intel fans, we know Core has AVX-512). AVX’s impact is mostly seen in video encoding today, but it can rear its performance head elsewhere too.

AMD has essentially doubled the L3 cache on the Ryzen 3000 chips, and the company is going for some Apple-esque marketing by calling it Game Cache. The cache, up to 70MB on the Ryzen 9 3900X, goes a long way toward reducing memory latency on the Ryzen 3000s. It also tends to boost gaming performance dramatically on the CPU, so AMD feels that calling it Game Cache can help the average consumer understand its benefits. Yes, that larger L3—err, Game Cache, will also help application performance, but no one gets excited about App Cache we guess. 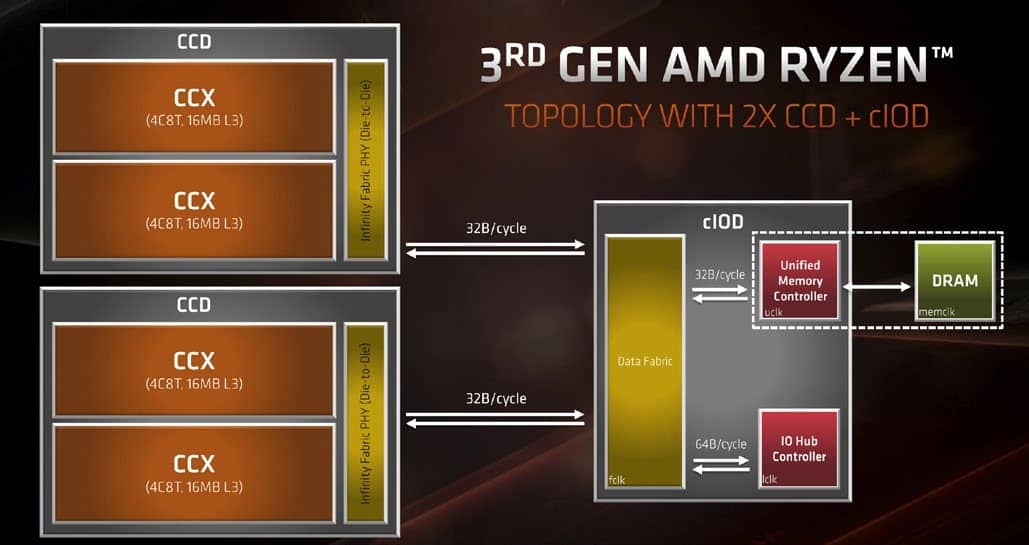 Besides the cores, AMD has also significantly rejiggered its chiplet design. While the original Zen-based Ryzens featured two 14nm CCDs along with their memory and PCIe controller joined with Infinity Fabric, the Zen 2–based Ryzen 3000s actually separate the memory controller and PCIe 4.0 controller on separate IO dies. Unlike the 7nm compute cores, the IO die is built on a 12nm process. This helps lower the overall cost of the CPU because it saves AMD’s fab partner, TSMC, from using even more valuable 7nm process wafers to build the IO dies.

The thousand-dollar question is whether gaming—which has dogged Ryzen performance from Day One—has finally been erased in situations where the GPU is not the limiting factor. We can say from what we’ve seen that Ryzen 3000 doesn’t quite win all of the time, but it’s so close now, even with Nvidia’s brutally fast RTX 2080 Ti driving it, that it just won’t matter 99 percent of the time.

Yes, we said PCIe 4.0, which is the next iteration of PCIe. PCIe 4.0 essentially doubles the clock speed and throughput over PCIe 3.0. AMD’s move to PCIe 4.0 is another feather in its cap, as Intel continues to stick with PCIe 3.0 speeds on its CPUs. Nvidia, likewise, “only” has PCIe 3.0–based GPUs. 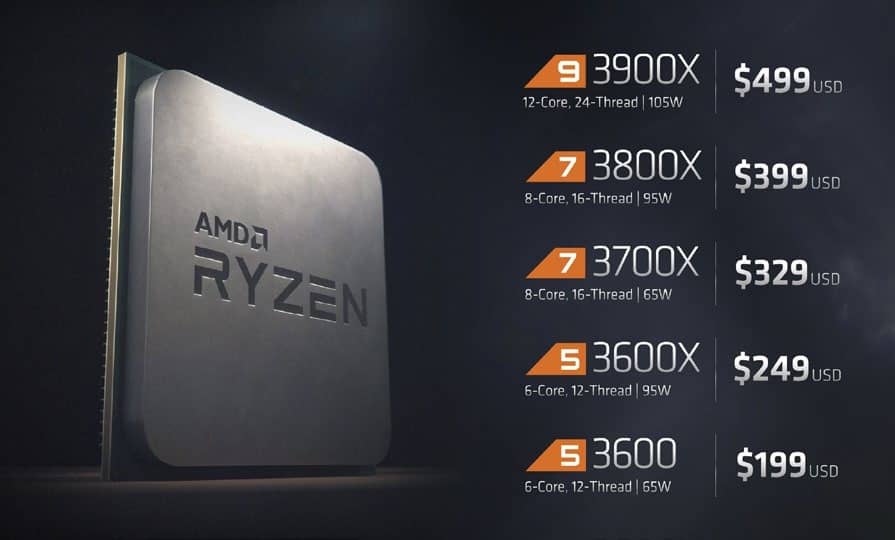 While the actual performance of PCIe 4.0 outside of SSDs today won’t be easily realized, the new standard does help free up more lanes and more ports elsewhere in the PC. If you want to take advantage of PCIe 4.0 SSDs, AMD’s Ryzen 3000 and the new X570 chipset is the only game in town.

You can read all about PCIe 4.0 in this explainer (go.pcworld.com/pci4). If you’re confused about the simultaneous presence of PCIe 5.0 (go.pcworld.com/5pci) and PCIe 6.0 (go.pcworld.com/6pci) in earlier stages of development, remember that it takes time to go from initial spec to actual hardware. PCIe 4.0 is basically the only answer today and a decent bragging point for AMD. 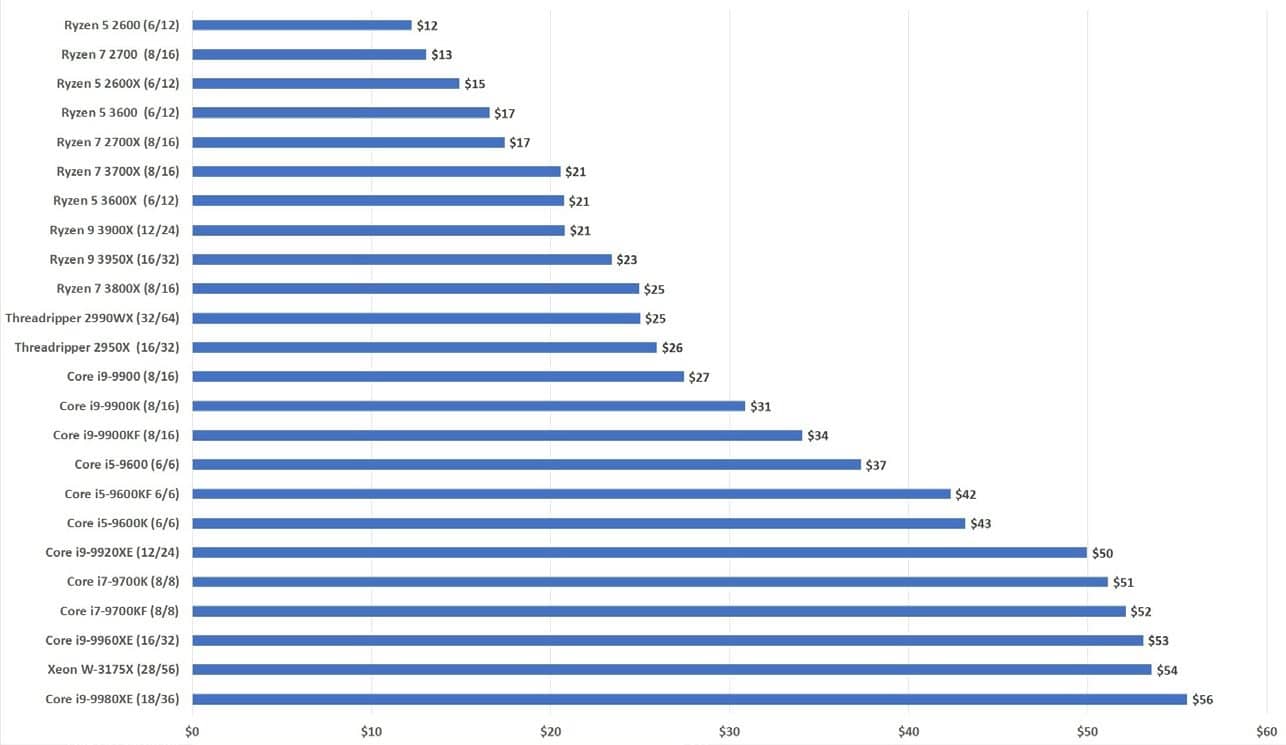 How much value? To find out just how much buck per thread you’re getting, we mapped out the CPUs based on how much each thread costs. As you can see, AMD owns Intel in this category. At $21 per thread for the Ryzen 9 3900X, the $31 for the Core i9-9900K isn’t even in the same ballpark.

None of the cost-per-thread or fancy 7nm process matters, though, if the performance isn’t there. Let’s get on with what you came here for: to find out how fast the Ryzen 9 3900X is. 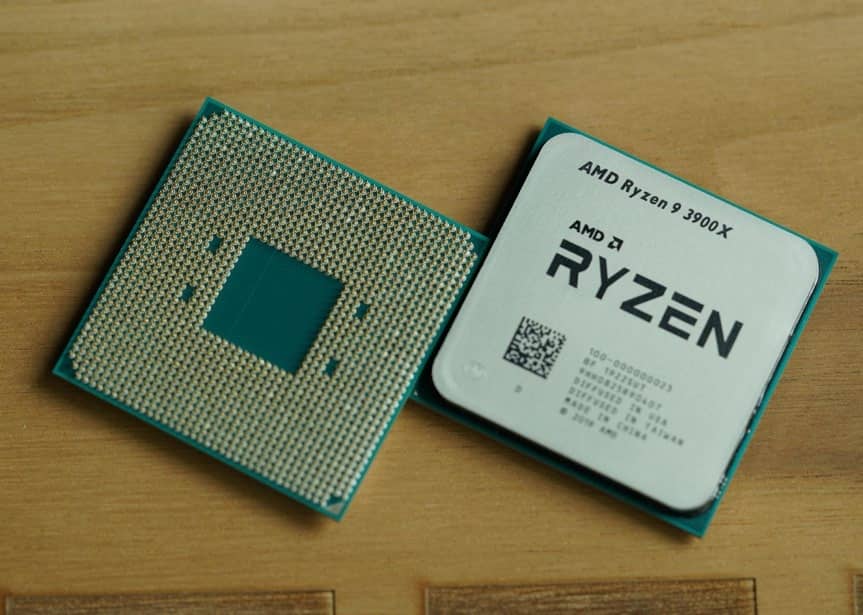 All three builds used the latest available UEFI/BIOS and drivers and fresh installs of Windows 10 Professional 1903. This version of Windows is particularly important, because AMD says 1903 now includes scheduler optimizations that help it dispatch threads in a more efficient manner on Ryzen 3000.

Remember: AMD’s CPUs are constructed with small cities of CPU cores and highspeed, but slower access between the cities of CPU cores. In older versions of Windows, the scheduler would dispatch one thread to a city in one cluster. Because it was never designed for multi-die designs, it would send a second thread to a different cluster of CPU cores. This would sap some performance, as the threads would then have to deal with crossing between the two clusters of cores instead of simply dispatching both threads to the same cluster of CPU cores. That’s now fixed, and Windows 1903 will send threads the same cluster of CPU cores when possible. This, AMD claims, can yield up to a 15-percent boost. Officials also say it’s not uniform in all applications, however, so your mileage will vary.