Shop Enabled
Razer Kraken X: A no-frills take on a headset that had few frills to begin with 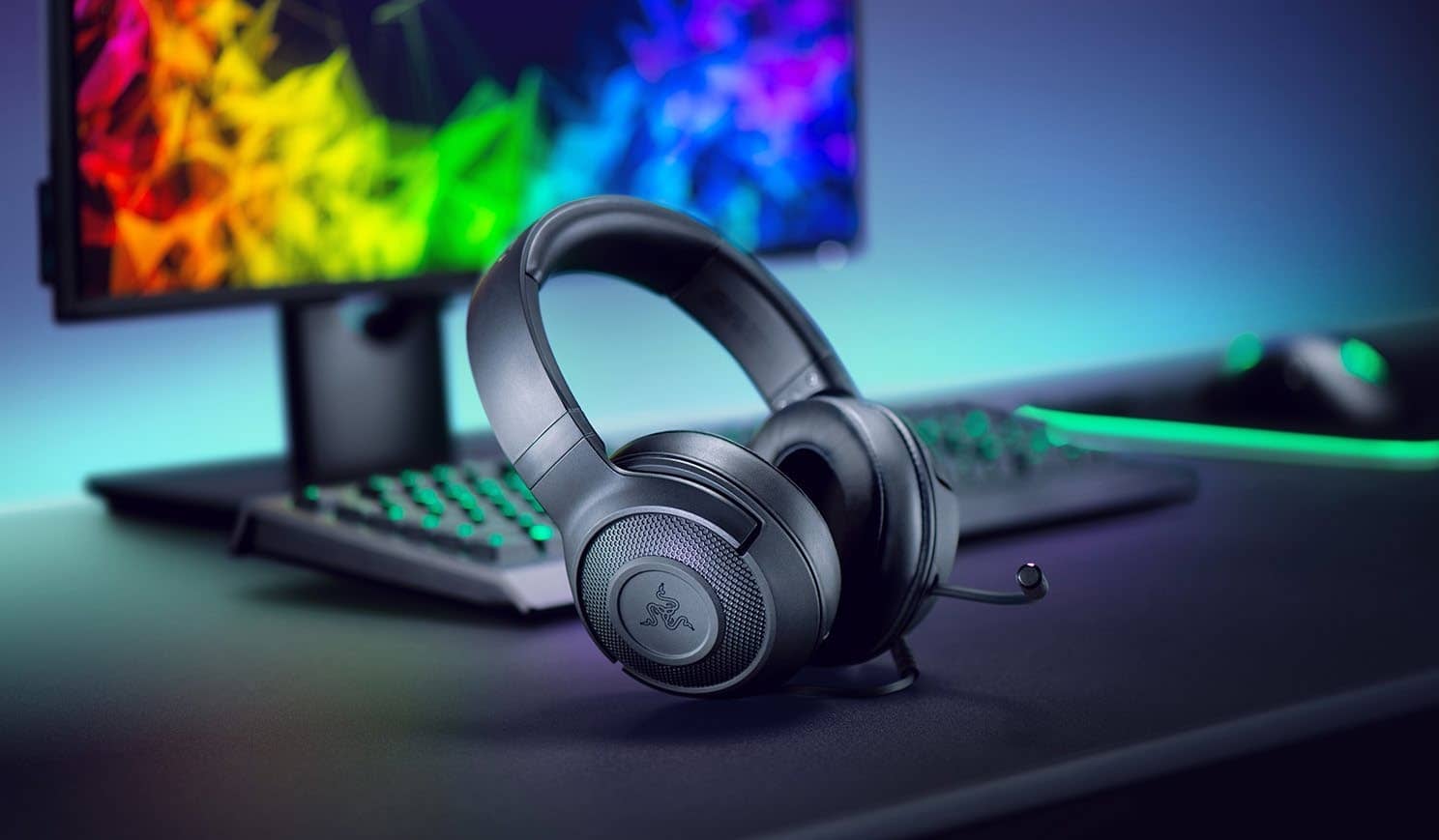 The Razer Kraken has long been a favorite of people buying a gaming headset on the cheap. Listing at $80, and often discounted even lower, it’s one of the cheaper name-brand headsets on the market.

But what if it were even less expensive? The new Razer Kraken X retails for a mere $50, or $30 cheaper than its sibling. That’s proving to be a popular price lately, with both HyperX’s Cloud Stinger (go.pcworld.com/ hxcs) and Astro’s A10 (go.pcworld.com/at10) vying for budget-conscious buyers in recent years. The Kraken X boasts a few advantages over the competition though, including rudimentary 7.1 support and the classic Kraken look.

It’s still not an amazing headset, mind you—but for $50? You could do (a lot) worse. 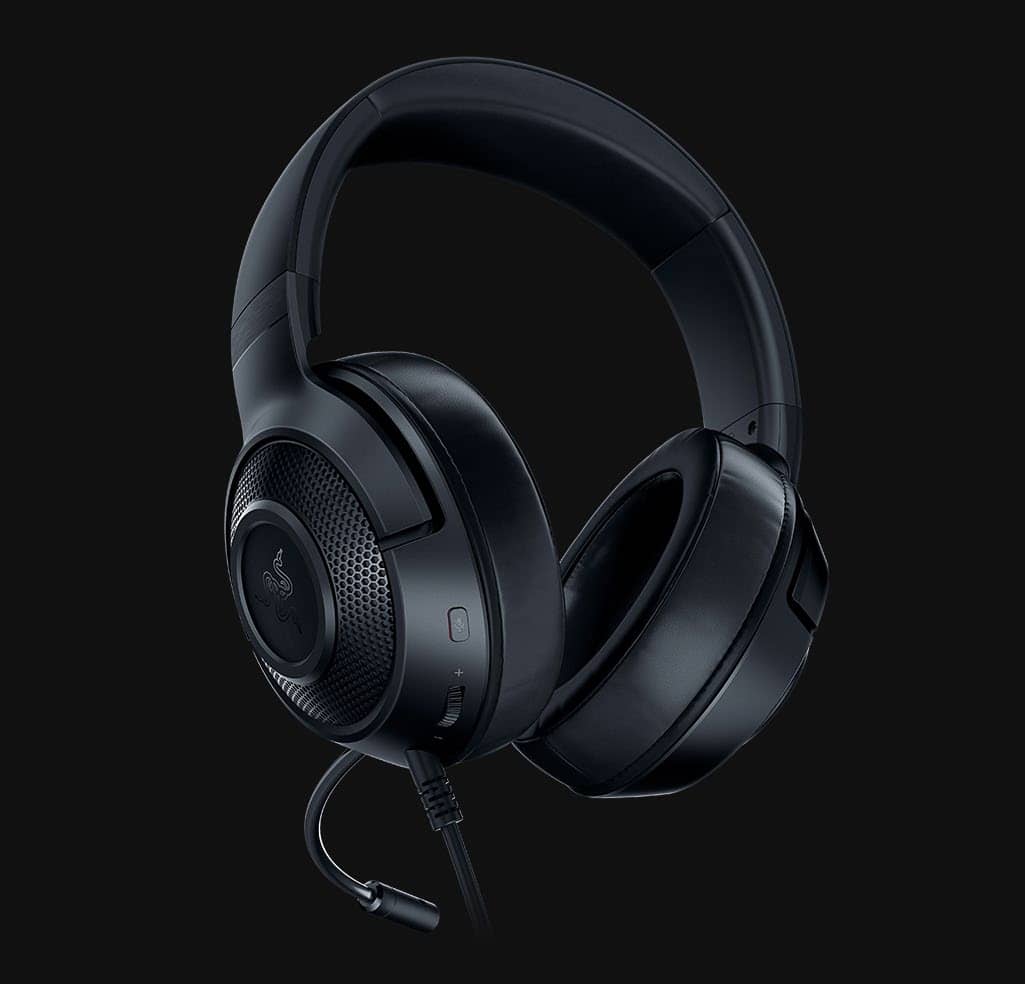 TAKING ANOTHER CRACK AT IT

I’ve said in the past: Just because you want a cheap headset doesn’t mean you want a cheap-looking headset. Luckily, Razer understands that sentiment better than just about any other manufacturer. The Kraken X may sell for only $50, but it looks near-identical to its full-price predecessor. Jet black, with the same metal mesh and three-headed snake logo on the ears, the Kraken X blends right in with the rest of Razer’s headsets.

Only the details differ. For instance, the Kraken X’s microphone is unable to retract. A huge deal? No, not really. It’s not like you’d want to take the Kraken X out of the house even with the microphone removed. That single change wouldn’t magically make it look less like a gaming headset. But I prefer having the option to get the microphone out of my face, either by retracting it, flipping it up, or detaching it entirely. With the Kraken X, the microphone is always there in your peripheral vision, and that can be annoying at times.

Razer also cut a few corners on build quality. The Kraken X headband is plastic all the way through, without the faux-leather trim or the metal reinforcement that underpins the standard Kraken. It’s also less padded, with only a thin layer in the center of the headband. The other Kraken models extend the padding to the sides of the headband as well, an allen-compassing cushion.

That said, Razer gets away with it because the Kraken X is incredibly lightweight. The all-plastic construction brings the Kraken X in at a mere 8.9 ounces, compared to 11.3 ounces for the standard Kraken. That might not sound like much but it makes a huge difference in a device you wear for hours at a time. The Kraken X even manages to best HyperX’s aforementioned Cloud Stinger, which weighs 9.7 ounces.

It’s surprisingly comfortable as a result, even if Razer skimped on padding. The fit is a bit tight at first, and the headband adjustments are clunky and stiff, but the Kraken X feels great once broken in. Give the headband a few gentle flexes when you take it out of the box to speed that process along.

And Razer finally moved away from circular earcups, which is great because… well, ears aren’t circular. It’s hard to tell, but the Kraken X’s earcups are slightly elongated. The resulting oval-shaped hollows are snug compared to Razer’s past headsets, but form a better and more even seal against the skull, blocking out more ambient noise. 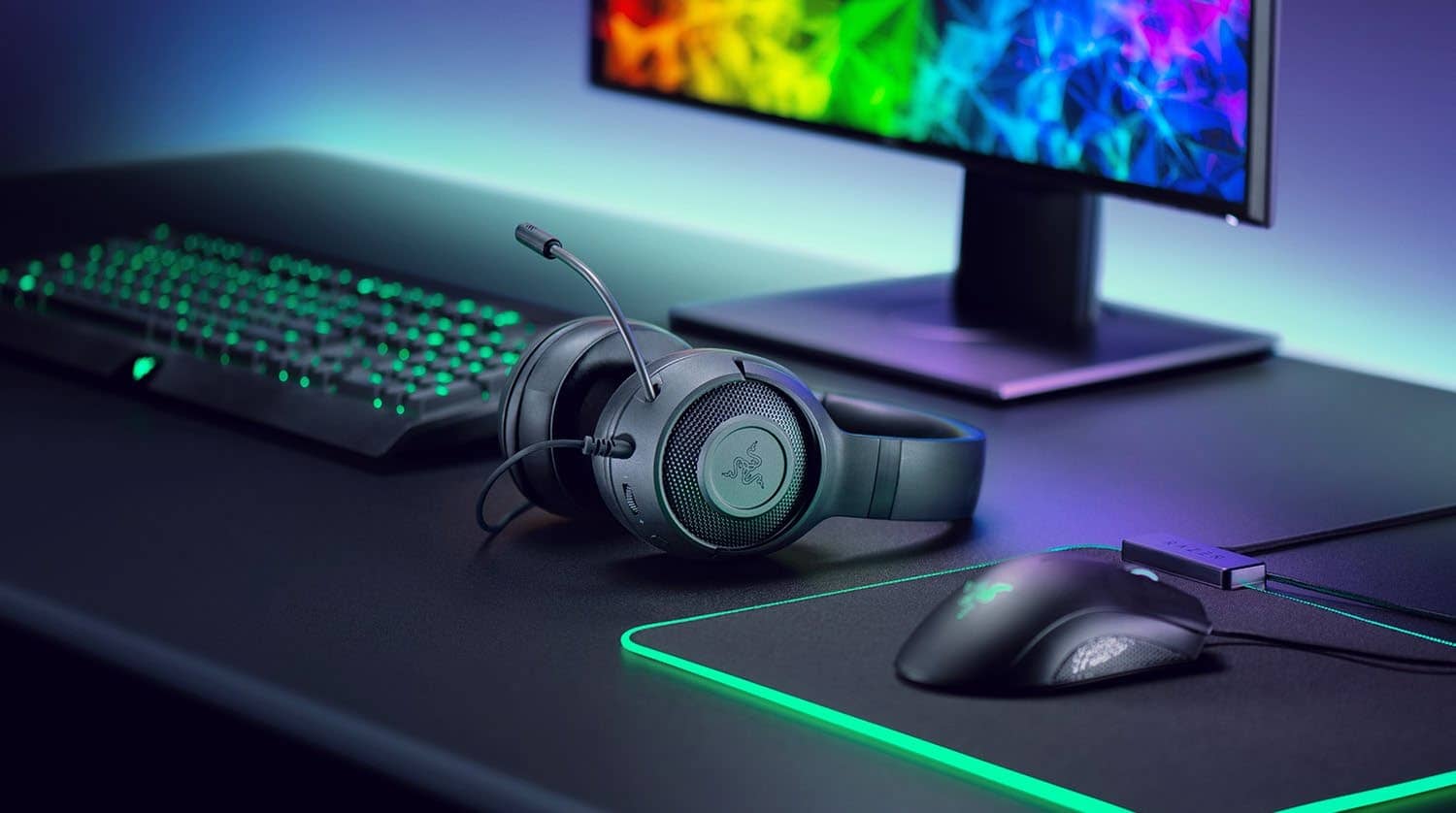