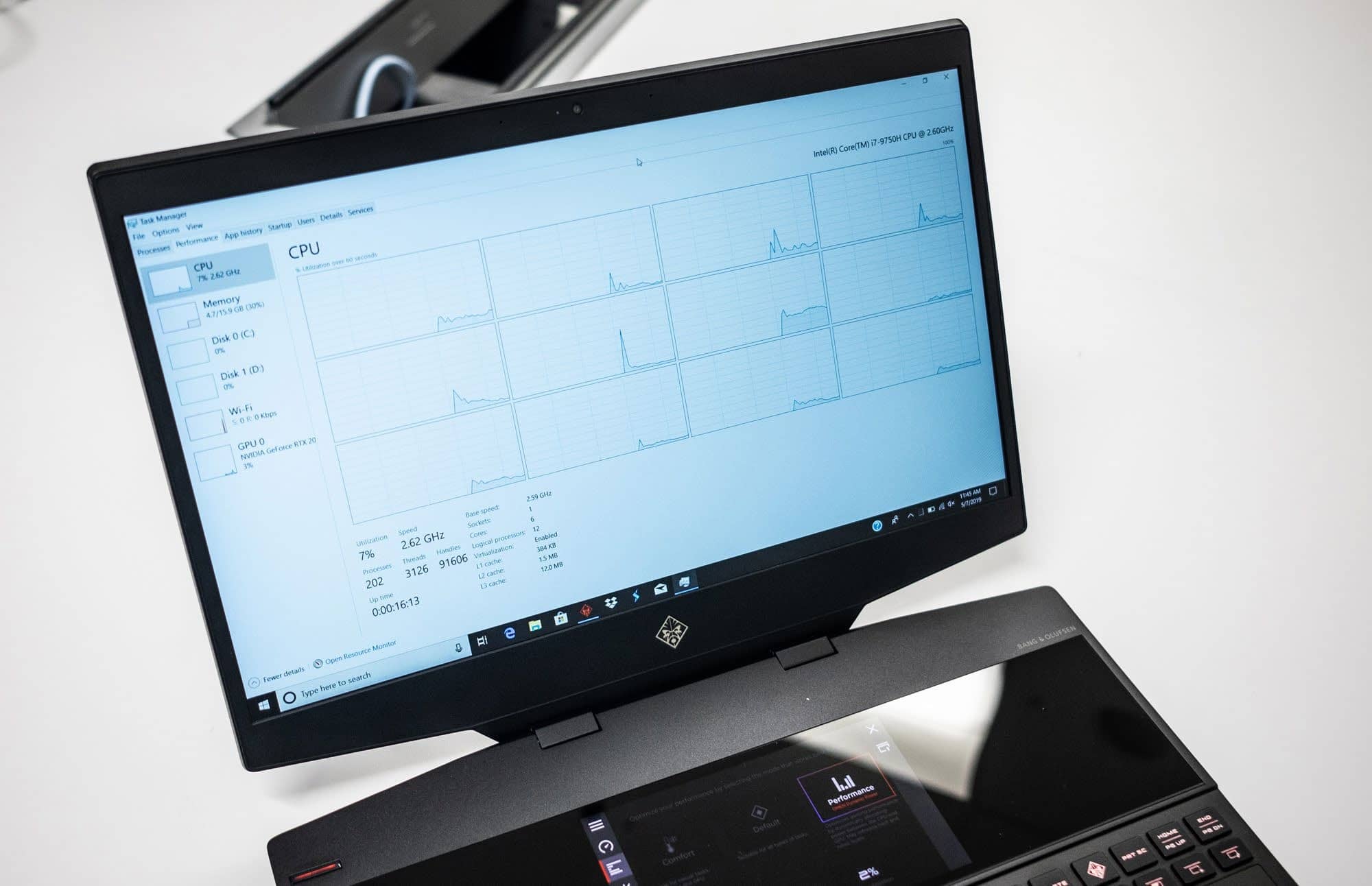 Here’s why you may want a gaming laptop with two screens.

Amid a growing crowd of super-thin, super-light and super-fast gaming laptops, HP’s Omen X 2S 15 just jumped above the noise. Sure this sub-five-pound laptop features an 8-core, 9th-gen Core i9-9880H CPU and a GeForce RTX 2080 Max-Q GPU—those specs are a given on any high-end laptop. But all those other laptops don’t have a six-inch touchscreen in the keyboard deck. The Omen X 2S 15 does.

Dual-screen laptops aren’t new, but they’re rare. Lenovo tried it way back in 2009 with its beefy W700ds, with a screen (go. pcworld.com/w700) that slid out from behind the main screen. Asus did it recently (go.pcworld.com/zb15) with the ZenBook Pro, which integrated a screen into the trackpad. Add in any number of dual-screen attempts along the way, such as Acer’s 2011-era Iconia 6120 (go.pcworld.com/ic61), and it’s a pretty old concept.

None of those are gaming laptops, though, which lets HP claim the mantle of being the “World’s first dual-screen gaming laptop.” (You can exclude 2014’s Razer Blade Pro [go.pcworld.com/rzpr] because the second screen wasn’t an extension of the desktop display, technically. And no, Razer’s three-screen Project Valerie [go.pcworld. com/prvl] was never sold.)

With the Omen X 2S 15, HP hopes to make its concept actually usable with some pretty cool software tricks. The six-inch secondary screen is essentially a 1920x1080 resolution LCD that Windows sees as a second display. You can push a button and have the active window moved from the main display (a 1920x1080 240Hz G-Sync panel) to the secondary display. This will let you watch your favorite YouTube show (go. pcworld.com/fnrd) or monitor Slickdeals. com for breaking PC deals. You can also monitor the laptop’s vital statistics, such as CPU or GPU temperature.

WHY THE DUAL SCREEN MATTERS