Hands On With Microsoft Surface Pro X, A New Direction For Surface 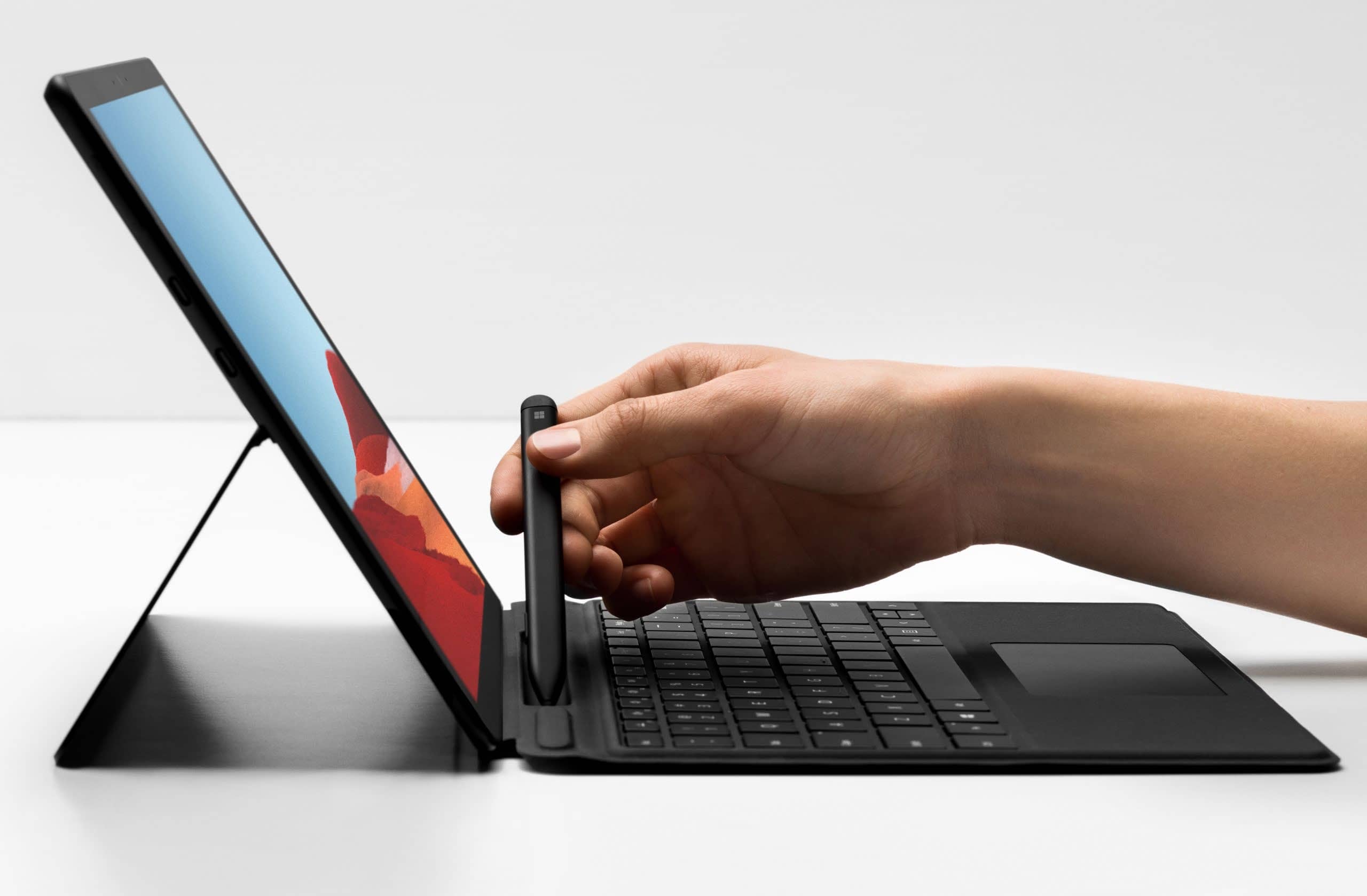 There are sacrifices: the microSD slot, USB-A port, and headphone jack.

Microsoft’s Surface Pro X adds a formerly missing piece to the Surface lineup: an always-on, always-connected device that enables productivity wherever you go.

What it changes on the inside—especially the custom Snapdragon 8cx-based processor that Microsoft co-designed with Qualcomm—is reflected by dramatic changes on the outside: a pair of USB-C ports, a rechargeable pen tray...and the unfortunate removal of the headphone jack, USB-A, and the microSD slot. There’s also a SIM slot for connectivity, though it’s well hidden. 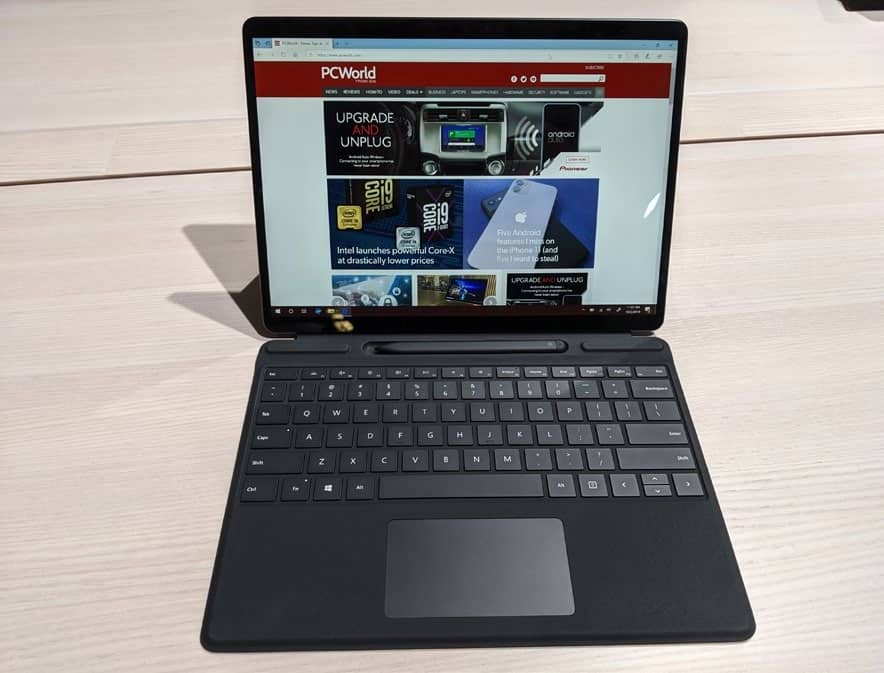 The 14-inch Surface Pro X tablet is priced from $999 to $1,799 (from Microsoft.com [go.pcworld.com/sfpx]) and will ship on November 5. That base price is a few hundred more than the cheapest $799 configuration of the Intel-based Surface Pro 7. As shown below, users will get to select from various memory and storage options, as well as consumer and business versions. A new Surface Slim Pen and Surface Pro X Signature Keyboard are also specific to the platform. Both the Slim Pen and keyboard appear to be sold separately, though we don’t have prices for either.

A BOLD NEW LOOK FOR SURFACE

It’s sort of hard to believe that the first thing worth highlighting is the Surface Slim Pen, but it absolutely is. With the Type Cover inclined, there’s absolutely no indication that anything’s changed. Detach the Cover, though, and a small cubby is revealed: a new, flattish Surface Slim Pen! That recharges when tucked away! That launches the Whiteboard app! And that won’t get lost! 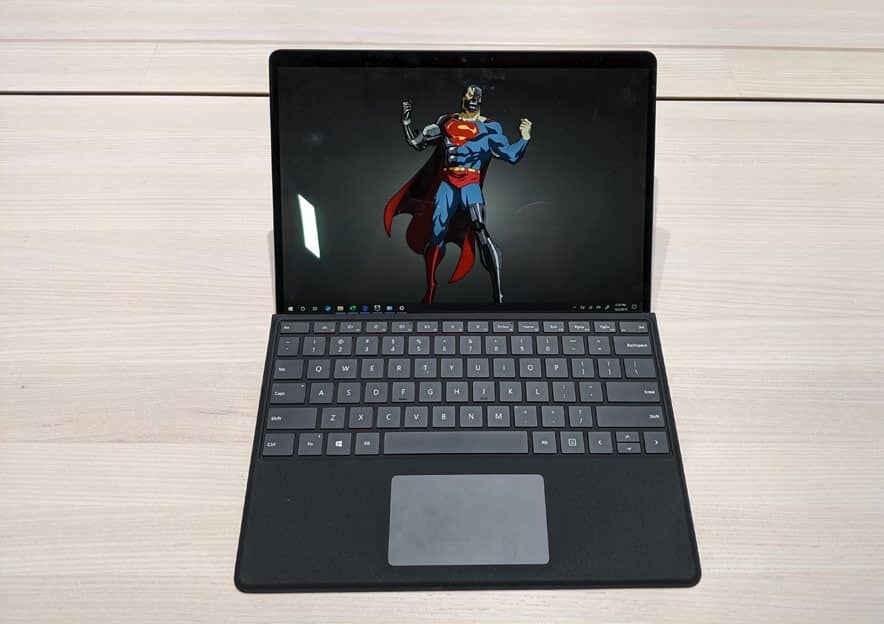