Acer Predator Triton 500: This Thin And Light Laptop Even Has Geforce RTX 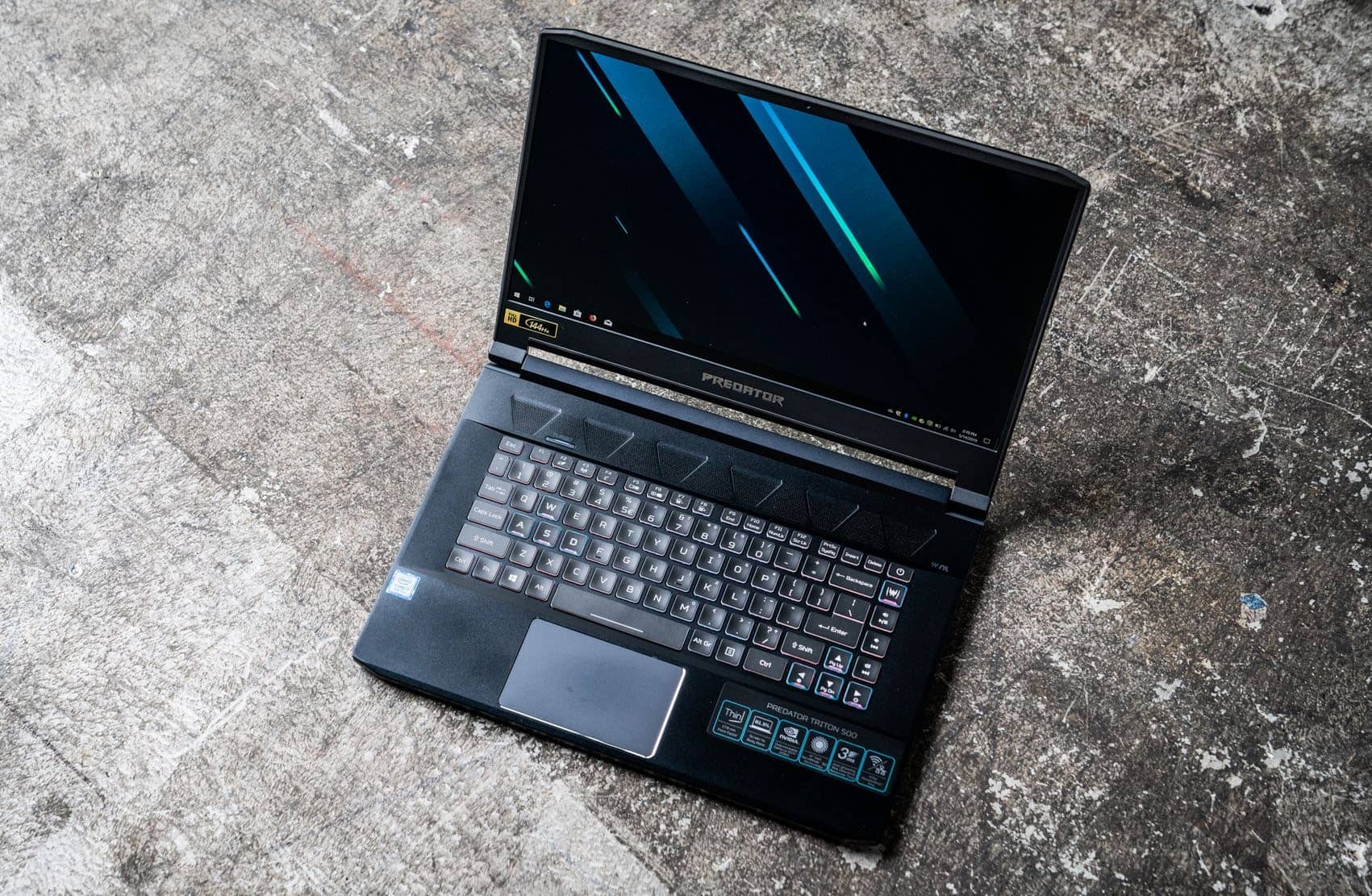 It’s worth a look with its GeForce RTX 2060 and svelte body.

Acer’s Predator Triton 500 is a gaming laptop we’d actually want to carry around. Sure, we may look hungrily at a monster gaming laptop that’s nearly as fast as a desktop gaming PC. But if you have to take it with you, the era of thin, light and powerful gaming laptops is a godsend.

The Predator Triton 500 is one of the first gaming laptops we’ve tested with Nvidia’s RTX mobile chip. Even though its CPU is “merely” 8th-gen when 9th-gen CPUs have recently become available, that GPU matters a lot more when it comes to gaming. Here are the details:

The Predator Triton 500’s size and weight put it in the thin-and-light gaming category. Granted, it’s almost 12 ounces heavier than, say, the original MSI GS65 Stealth we reviewed (go.pcworld. com/msig). However, MSI has since beefed up the original with newer components, and the latest version (which we’re still reviewing) weighs about 4.4 pounds.

The display is the standard-issue 15.6-inch, 1920x1080 resolution, 144Hz “IPS” panel seen in most thin and light gaming laptops. To aid in battery life, Acer also decided to skip G-sync, which means the GPU doesn’t have to be on at all times. G-sync is a proven drag on battery life in other laptops we’ve tested.

The right side of the Predator gives you a full-size HDMI port, analog mic and headset jack, a third USB-A port, a dedicated charging port, plus ethernet with support for 2.5 Gigabit using a Killer E3000 controller.

The Triton 500’s keyboard makes no major gaffes, and we like that Acer went with full-size cursor keys rather than the compressed keys you find on some laptops. The trackpad is fairly smooth, although with a slight drag to its surface. To its credit, however, it’s correctly sized and properly centered on the Y key. We’ve sometimes seen trackpads shifted an inch to the right, which caries the risk of placing more of your palm on the trackpad.

The only real stickler for some is that the keyboard has three-zone lighting rather than per-key lighting. For the price Acer wants for this laptop, the competition gives you per-key lighting.