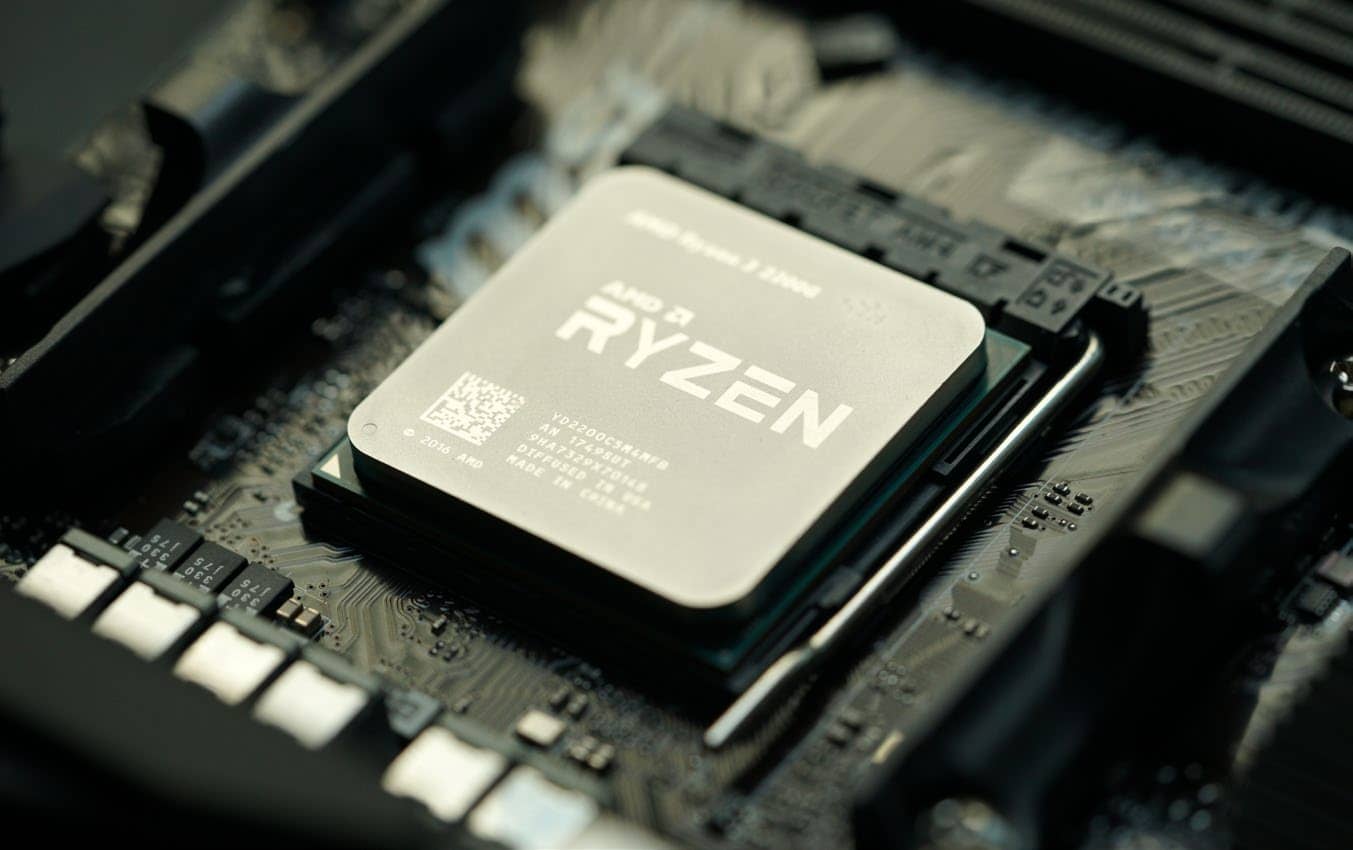 The Ryzen 3 3200G will feature a quadcore chip running with a 4GHz boost and 3.6GHz base speeds. For graphics, it will feature Radeon Vega 8 GPU cores running at 1,250MHz. The new APU will come with a Wraith Stealth cooler. 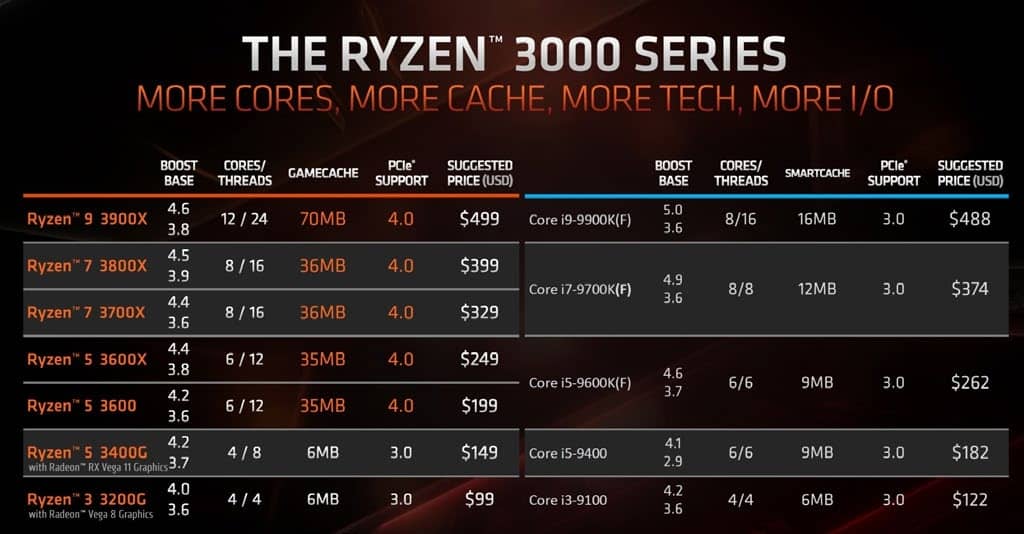 Compared to the previous Ryzen 3 2200G, the newer Ryzen 3200G (go. pcworld.com/ryz3) will run about 300MHz faster on the CPU side and about 150MHz faster on the GPU side. Budget gamers will be especially pleased by the price though: AMD will still charge $99 for the APU.

The $149 Ryzen 5 3400G justifies its higher price by outfitting its quad-core CPU with simultaneous multithreading. It’ll run at 4.2GHz on boost (about 300MHz faster than the previous Ryzen 5 2400G) and have a base clock of 3.7GHz. The graphics are faster too, upgrading to Radeon RX Vega 11 graphics that run at slightly higher clocks than its predecessor (1,400MHz instead of 1,250MHz). 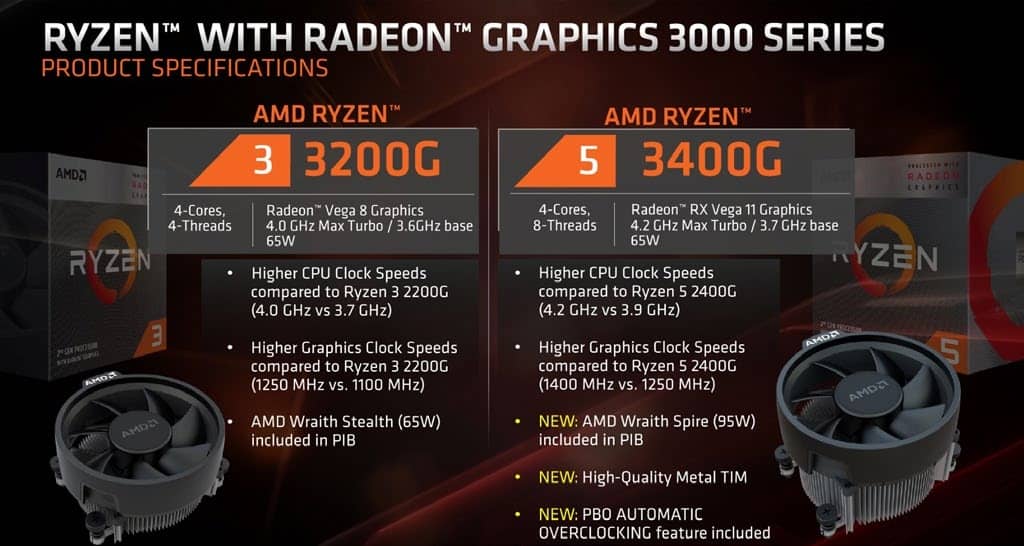