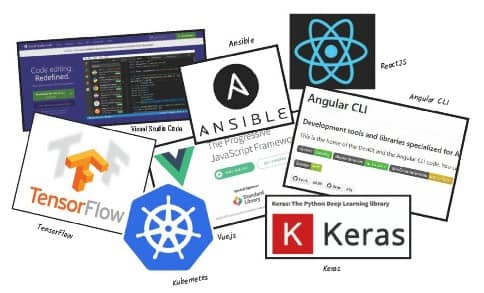 Let’s look back at the most extensively used open source projects of 2018. While this article is aimed at software developers using open source tools and frameworks to build applications, others too can get a feel of what’s trending.

The field of software development is always changing, with cutting-edge technologies, tools and best practices evolving continuously. Open source projects have a major influence in the software development world. As per the GitHub blog, in 2018 alone, more new users signed on than those that got added in the previous six years combined.

Visual Studio Code (VS Code) is a free and open source code editor developed by Microsoft. It includes support for debugging modern Web and cloud applications, embedded Git control, syntax highlighting, intelligent code completion, snippets and code refactoring. Visual Studio Code was ranked the most popular developer environment in the Stack Overflow 2018 Developer Survey, with 34.9 per cent of 75,398 respondents claiming to use it.

The good thing about VS Code is that you can customise every feature as per your needs, and install any number of third-party extensions. VS Code is an open source project; so you can also contribute to the growing and vibrant community on GitHub.

VS Code includes built-in support for Node.js development with JavaScript and TypeScript. It also includes great tooling for Web technologies such as JSX/React, HTML, CSS, SCSS, Less and JSON.