Get Your Design Organised 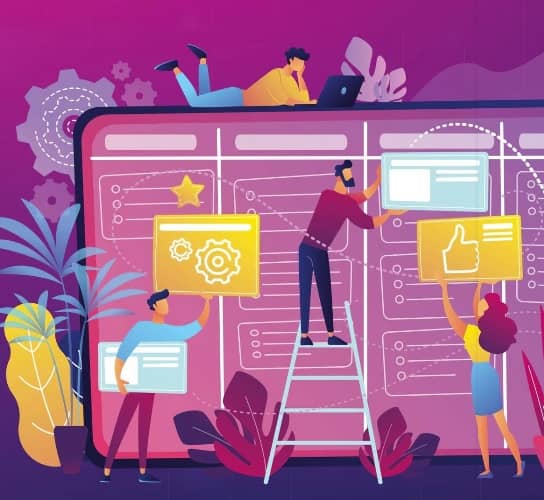 Ana Nicolau shows you how digital design’s journey paved the way for design systems, what they’re for and how best to use them.

Ana Nicolau
Digital design has been navigating uncharted waters for about 20 years, since the advent of mainstream internet. In the 1990s, any aspect of ‘design’ was in full control of the programmer – black backgrounds, bright web-safe colours in a highly pixelated 8 x 8 font, infamous vintage gradients that are now making a comeback and ASCII character drawings that made anything look cool.

At the time, concerns about web layout, information architecture and user experience were secondary – or even tertiary – in relation to content. The more that could be dumped on a web page, the better. Whatever information you couldn’t include on the landing page would be signalled by hyperlinks to drive the user to additional pages – who can forget those long, heavy text lists of rainbow coloured, underlined hyperlinks? In some cases, there was a certain attention given to navigation but only by absolute logical need. Navigational consistency between pages was another matter. Early days.

When designers joined the web revolution, it was like a whole new world had been unveiled. Suddenly, content didn’t have to be static. You could not only hyperlink it by absolute meaning but also create an interrelation of meanings with other types of content within the same environment.

Hyperlinks could be a full line of copy or just a couple of words, without any particular hierarchy. The groundbreaking innovation was that hyperlinks enabled the creation of more complex journeys – you could now tell a story. These were the early stages of what we now call user journeys, where web designers defined how and when the user would see and interact with content.

Going into the 2000s, technology developed rapidly and with it arrived a myriad of new devices, mediums and channels. As a relatively and recently acknowledged discipline, digital design had been limited to react in response to technical developments. Until then, it was merely adapting while playing catchup with technology rather than evolving and help defining it.

Suddenly, what was previously a new, fascinating world was becoming a limitless reality. Designers now had not only to worry about multiple screen resolutions but also endless device types. Questions of adaptive layout, hidden content on smaller screens and readability – just to name a few – came front and centre. With the complexity of new challenges and opportunities, design became a key element of web build. Aspects like information architecture, user journeys and overall user experience now complemented purpose, functionality and branding. Elements of cognitive science slowly but surely came into full play when designing a website.

In the early days of ecommerce, brands with the most economic foresight started developing dedicated mobile websites, leading other industries to follow. Market confidence grew and with it further investment in tech and design, which eventually led to the groundbreaking development of responsive web design – a term coined by Ethan Marcotte in 2010.

This approach was a complete game changer. It introduced a new way of coding that allowed for fluid grids and control of content display across any screen resolution regardless of device via media queries. A true innovation that put designers in control, it instantly elevated the quality of the output while allowing the focus and time to be spent on optimising a 360-degree user experience.

MORE STORIES FROM NETView All