Why Music Makes Us Feel, According to AI 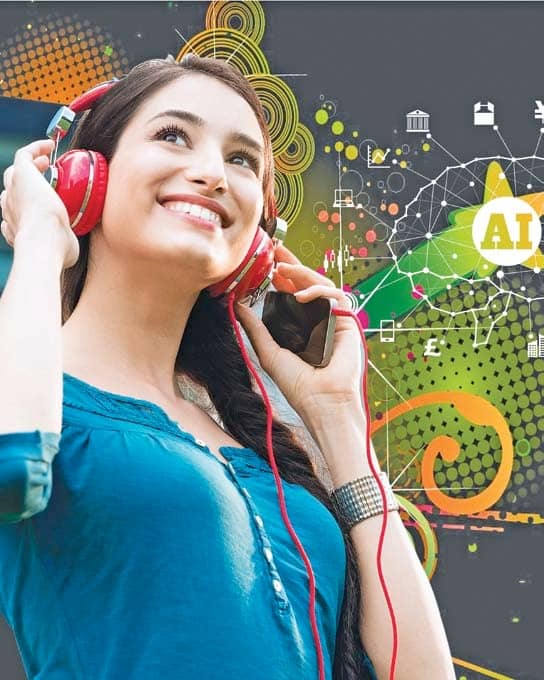 In a new paper, a team of USC computer scientists and psychologists teamed up to investigate how music affects how you act, feel and think. The team found that the brain responded to pulse clarity, or the strength of the beat, and that change in rhythm and timbre, or the introduction of new instruments also brought about an uptick in response. Additionally, the researchers also found that galvanic skin response (a measure of sweat) increased after the entrance of a new instrument or start of a musical crescendo.

Your heart beats faster, palms sweat and part of your brain called the Heschl’s gyrus lights up like a Christmas tree. Chances are, you’ve never thought about what happens to your brain and body when you listen to music in such a detailed way.

But it’s a question that has puzzled scientists for decades: Why does something as abstract as music provoke such a consistent response?

In a new study, a team of USC researchers, with the help of artificial intelligence, investigated how music affects listeners’ brains, bodies and emotions

The research team looked at heart rate, galvanic skin response (or sweat gland activity), brain activity and subjective feelings of happiness and sadness in a group of volunteers as they listened to three pieces of unfamiliar music.

Of the 74 musical features examined, the researchers found dynamics, register, rhythm and harmony were particularly helpful in predicting listeners’ response.

“Taking a holistic view of music perception, using all different kinds of musical predictors, gives us an unprecedented insight into how our bodies and brains respond to music,” said the study’s lead author Tim Greer, a computer science Phd student and a member of the USC Signal Analysis and Interpretation Laboratory (SAIL).

Amongst their findings, the researchers noted that music powerfully influenced parts of the brain in the auditory complex called the Heschls’ gyrus and the superior temporal gyrus.

Specifically, the brain responded to pulse clarity, or the strength of the beat (put simply: your gyri will be looking lively when listening to Lady Gaga’s Bad romance).

They also found that changing dynamics, rhythm and timbre, or the introduction of new instruments, brings about the uptick in response. In other words, contrast is crucial. For instance, the gyri activate when there is a change in dynamics, or “loudness.”