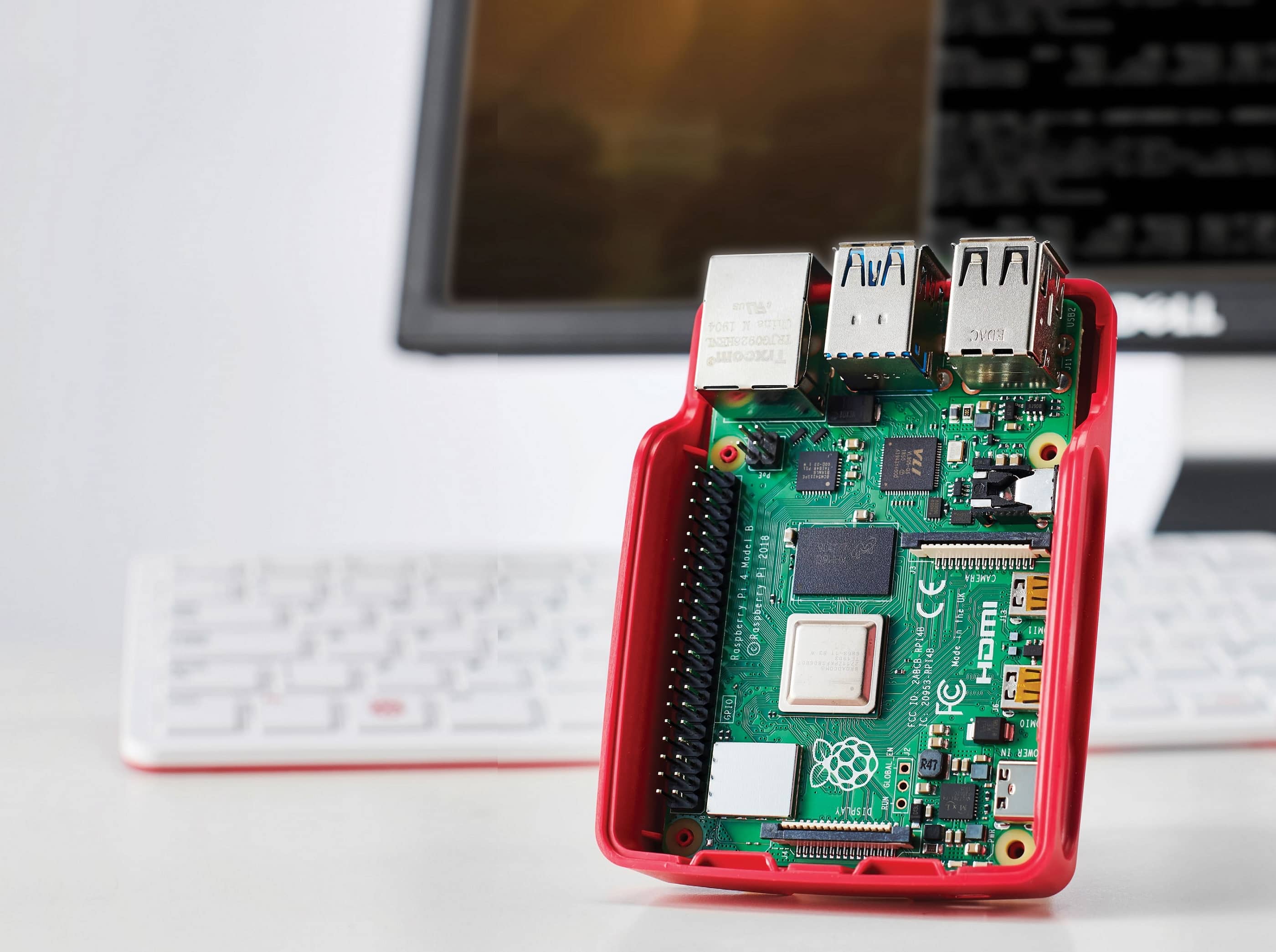 A pack of perfect projects to get your Pi 4 journey off the ground.

The Raspberry Pi 4, the latest iteration of the world’s most popular single-board computer, has dropped with a big impact, sporting a huge uptick in specifications that doesn’t affect its credit-card-sized footprint. But once you’ve invested your $35, what are you going to do with that cut-price, cut-sized hardware? How do you exploit its abilities? We have a few ideas that use those new features—the gigabit Ethernet, upgraded CPU and GPU, 4K-capable dual HDMI ports—and make the Pi 4 shine.

It actually arrived a few months ago, but we’ve held off on taking a dive into the Pi 4’s potential abilities because it hasn’t been ready—the hardware leap from the previous generation hasn’t been easy for software creators to catch up with, and its firmware has lagged behind a little. While things have improved, you need to go into this adventure knowing you might not yet be creating anything that’s production-ready.

That said, there’s still plenty to play with and a lot of benefit to be eked out of the miniature marvel. The Pi 4 is a feasible compact desktop computer at last. Its architecture—which includes USB 3 ports that no longer share a bus—lends itself to running as a custom NAS controller, a network appliance, or a TV media box. And as software support improves and that firmware firms up, as the key distros bring their full functionality to the Pi, there’s a world of potential to explore.

New hardware is highly exciting, and the natural response to a spiced up Pi would be to abuse it to the max. So, why not use it as a full PC? Yes, it has always been technically possible to use a Pi as a functioning desktop PC. Even the Raspberry Pi 1 Model B, with its 512MB RAM and 700MHz ARMv6 CPU, could manage a rudimentary desktop, in much the same way as you can force a Commodore 64 to run a GUI or even a Linux analog if you’re crazy. Of course, those with long memories will remember PCs of yesteryear running with far lighter specs, but they weren’t the size of a credit card with a severely limited architecture.

While there’s been incremental improvement in the Pi’s desktop performance over the years, the new hardware in the Pi 4 does away with the “technically possible” part of the equation: It is not just feasible to run a Pi 4 as a desktop machine, it is positively pleasurable, so much so that the Raspberry Pi Foundation is selling its own Raspberry Pi desktop kit. That new processor has enough muscle to fling around whatever you might throw at it, network and USB no longer share the same bus, there are multiple monitor outputs right there on board, and (depending on the spec you pick) your desktop OS can access up to 4GB RAM. Usually. Note that, so far, we’ve not been able to force Windows 10 on to a Pi 4, but given our experiments with doing so on a Pi 3—a 10-minute boot time and almost completely unresponsive desktop—we imagine it wouldn’t be too fruitful. This is a Linux-only task.

Some caveats for the overexcited, before we get too involved. This will never replace your highend desktop machine. That would be preposterous—it’s a $55 bundle of electronics, not a $1,000 killer rig. Realistically, unearthing some old desktop hardware and slapping some variety of Linux on it will offer a much more capable and flexible experience. This isn’t only because that hardware is typically much faster, with functions given to dedicated hardware on traditional PCs forced to run on single chip—or, worse, in software—on the Pi, but because the CISC architecture of x86 can take many more shortcuts than ARM’s RISC layout. Speaking of which, the Pi’s architecture restrictions haven’t changed: Any software you run needs to be compatible with and compiled to run on ARM. Thankfully, there’s a large library out there, and it’s often possible (though slow) to build your own packages from source, if there’s no ARM version available.

GET THE HARDWARE RIGHT

If you’re going to use a Raspberry Pi 4 as a desktop PC, you need to make a choice: Do you opt for 1GB RAM (no), 2GB (possibly), or the most expensive Pi 4 build at 4GB? The latter would seem like a no-brainer, but at the time of writing, the Pi 4’s firmware isn’t super-reliable— some OSes, notably Ubuntu, can’t take advantage of the full 4GB, requiring a hack that leaves you with less usable RAM. It’s still more than 2GB, though, and that rocky start for the firmware isn’t likely to continue forever, so we’d absolutely suggest a 4GB Pi for the task.

Next, controlling the thing. Peripherals aren’t really a huge issue, even if they use heavy drawing RGB, because the Pi 4 uses a 3A power supply, but it’s worth considering compatibility. Linux’s hardware management and driver support continues in the same slightly ropey vein it always has, meaning certain wireless devices aren’t supported well. Don’t think about switching out that official power supply for something else, though, because the Pi 4 lacks the relevant resistor to support smart charging supplies, and you could put your hardware at risk.

In terms of display output, the Pi 4 has a huge advantage in that it can comfortably support dual screens through its pair of built-in micro HDMI ports. Comfortably, that is, as long as you don’t mind dual 4K screens being forced to run at 30Hz; 1080p, or a combination of one 1080p panel and one 4K, can hit the full 60Hz refresh rate. Dual screens really do give this a leg up on the previous generation, positioning it as a truly modern desktop, but while its enhanced GPU, a Broadcom VideoCore VI running at 500MHz, might be powerful enough to handle two screens, don’t anticipate relying on that single-chip solution for heavyweight pixel-pushing tasks. Photo editing, perhaps, but video editing is plausible only in certain circumstances, specifically when you’re working with the particular flavors of H.265 or H.264 that are natively supported by the GPU.

Storage is the big issue, at least at press time. As of the current firmware, there’s no support for USB booting (unlike on previous Pis), and running a desktop operating system from a microSD card—a format that is, beside its lack of speed or, potentially, space, liable to literally set itself on fire if tested too hard with this kind of work—isn’t the best idea. USB boot is actually some way down the firmware roadmap, sitting somewhere behind network boot, but we can get a little clever: By putting just Linux’s boot partition on the SD card, and shuffling everything else out to a USB-connected SSD, we’ll avoid unnecessary wear and reliance on that microSD.

Which desktop OS should you choose? The Pi 4 improves on its predecessors by carrying an ARM v8, 64-bit processor, and any distro that can work with that (also known, in Debian lingo, as arm64, or in Fedora terms as arm-64) is worth at least a cursory look. ARM v7 builds should work fine, too. Let’s look at the main candidates.