Machine of the Month: Commodore Amiga 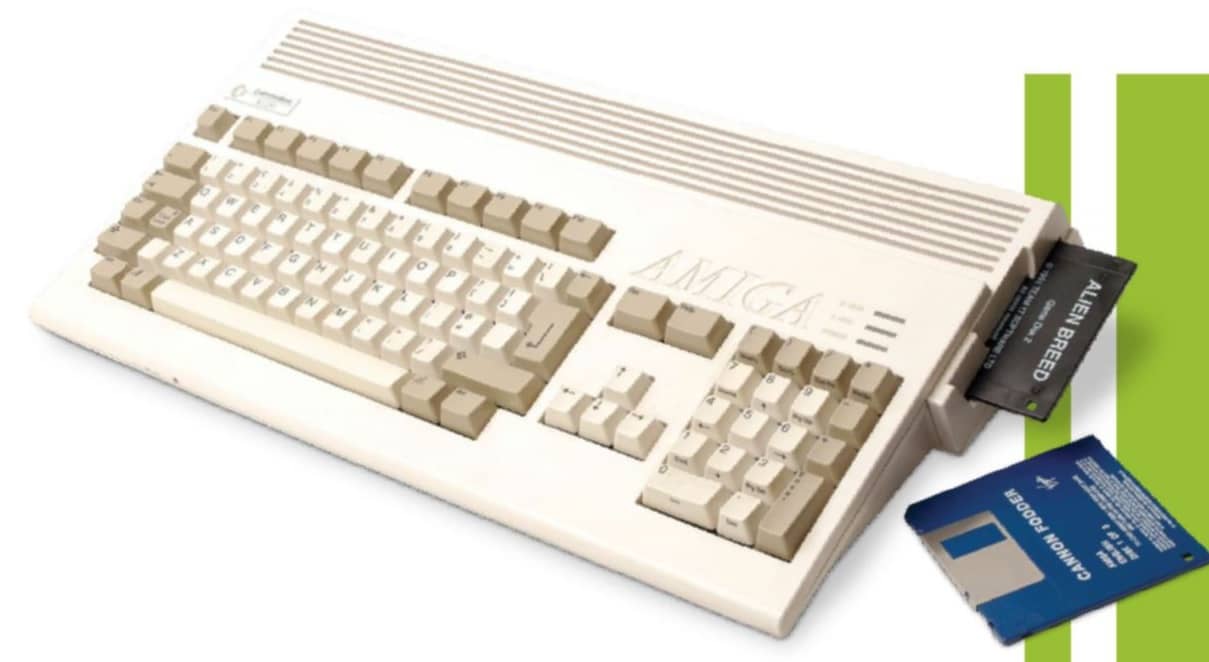 THIS MONTH, WE CONTINUE the 16-bit battle between the Atari ST and the Commodore Amiga, where engineers from each company switched sides for one of the weirdest rivalries in computing history. This time, we’re focusing on Commodore.

A cult favorite in the US and a computing goliath in Europe, the Amiga was a multimedia powerhouse way ahead of its time, with functionality PCs would struggle to replicate for the next two decades.

From its jaw-dropping audio-visual demos, to its brilliant sound and image editing, the Amiga would quickly establish itself as an industry favorite among artists and content creators. In spite of a slow start, its multiple advanced processors and 16-bit CPU would eventually usher in a new era of gaming possibilities.

Despite its success worldwide, Amigas are relatively rare in the US, leaving emulation the only real option for all but the most hardcore users. Emulating it isn’t always easy, so let us do the hard work, so you can hit the ground running with this beautiful machine.

The Amiga’s story begins at Atari. Disgruntled engineers had left the company after failing to interest management in a 16-bit machine, based on the Motorola 68K CPU. In 1982, they created their own company: Hi-Toro, later renamed the Amiga Corporation. Over in Commodore land, CEO Jack Tramiel would leave the company in early 1984 and buy Atari’s consumer division, giving himself an established brand to sell products under—chiefly his new 16-bit computer, the ST.

>> Unfortunately for Commodore, Tramiel swiped its most important engineers to work on his machine, and Commodore didn’t have enough engineers to create a new 16-bit computer. Meanwhile, Amiga was bleeding cash and owed money to Atari after a rather predatory loan. As Commodore needed a new machine, it simply bought out Amiga, paid off the debt to Atari, and rebranded the Amiga as its own.

>> Launched in July 1985 as “The Amiga from Commodore” (later the Amiga 1000), it was a month behind the Atari ST. The Atari put up a strong fight with a lower price and twice the RAM, but the Amiga had a large 4,096-color palette, a proper multitasking GUI, and a far superior sound chip. More importantly, the Amiga was designed around multiple co-processors for audio, video, and memory access, thereby freeing up the CPU, and generally outperforming its competition.