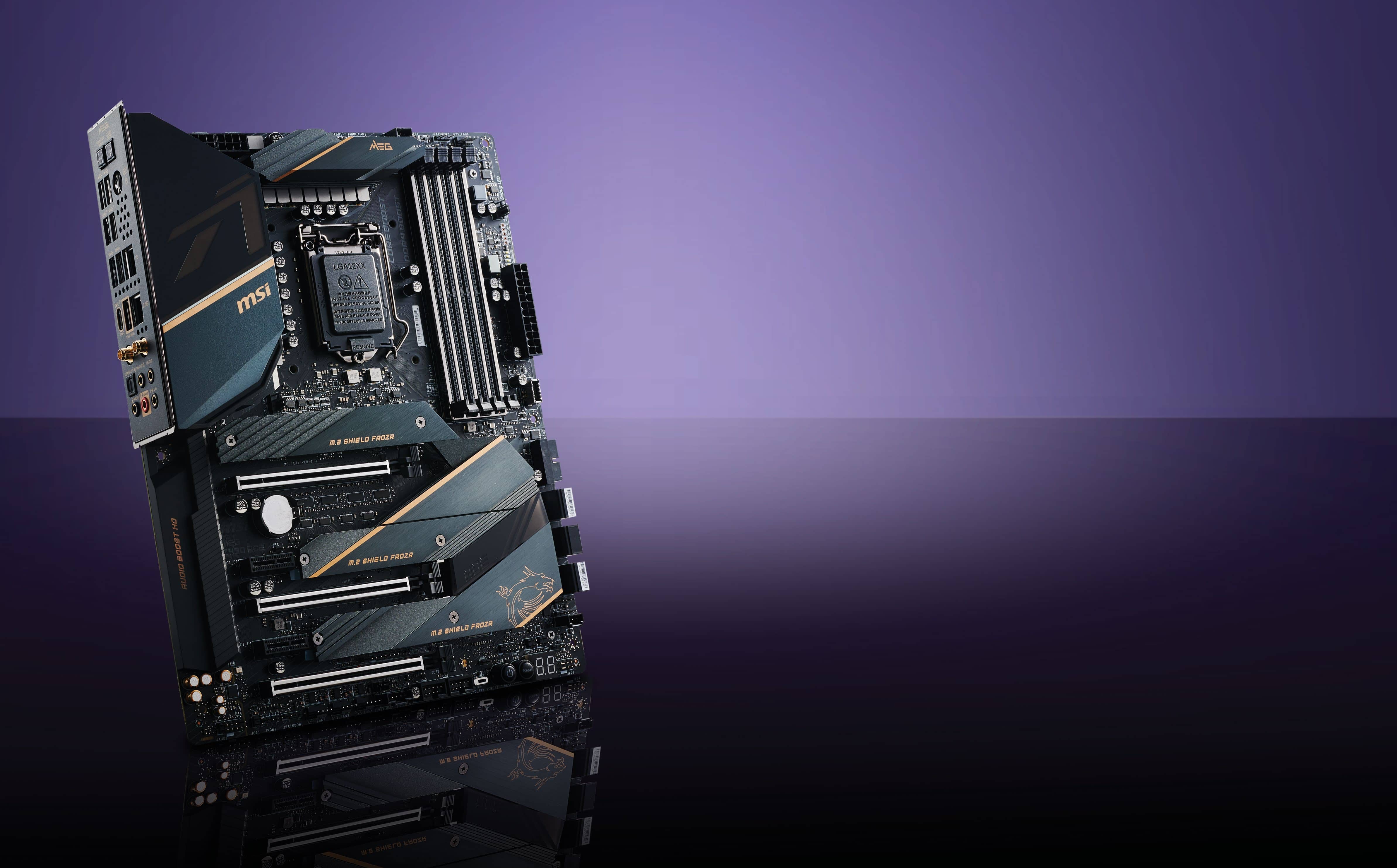 LET’S JUST PREFACE this by saying, yes, this is a $400 motherboard. However, we’ve already featured the Gigabyte Z490 Aorus Pro AX in our build this issue, and the motherboard Intel sent us with its media package is the insanely expensive Asus ROG Maximus XII Extreme, which currently clocks in at no less than $750. So weirdly this is currently our only “mid-range” motherboard, so far as it’s the middle one in our office right now. How odd. That’s not to say there aren’t budget options out there—there’s a bevy of boards below the $150 mark still harboring the Z490 chipset spec, and on top of that manufacturers have launched H470 chipset motherboards too, which are even cheaper than that. So what makes the MSI MEG Z490 Ace so special?

Well, in a similar manner to Asus’s Apex series of mobos, or EVGA’s Dark lineup, it’s all about providing a solid overclocking platform, alongside a swathe of modern connectivity and aesthetic design appeal. Now that might not sound very appealing to the average Joe, but you’ve got to understand that a lot of stock processor performance relies on that same overclocking heritage. It’s all about the capacity of both your cooling solution and the motherboard’s power delivery. Whether that’s with Ryzen’s PBO and auto-overclocking features, or Intel’s Turbo or TVB (Thermal Velocity Boost) frequency tech, there’s now no longer a fixed max clock-speed.