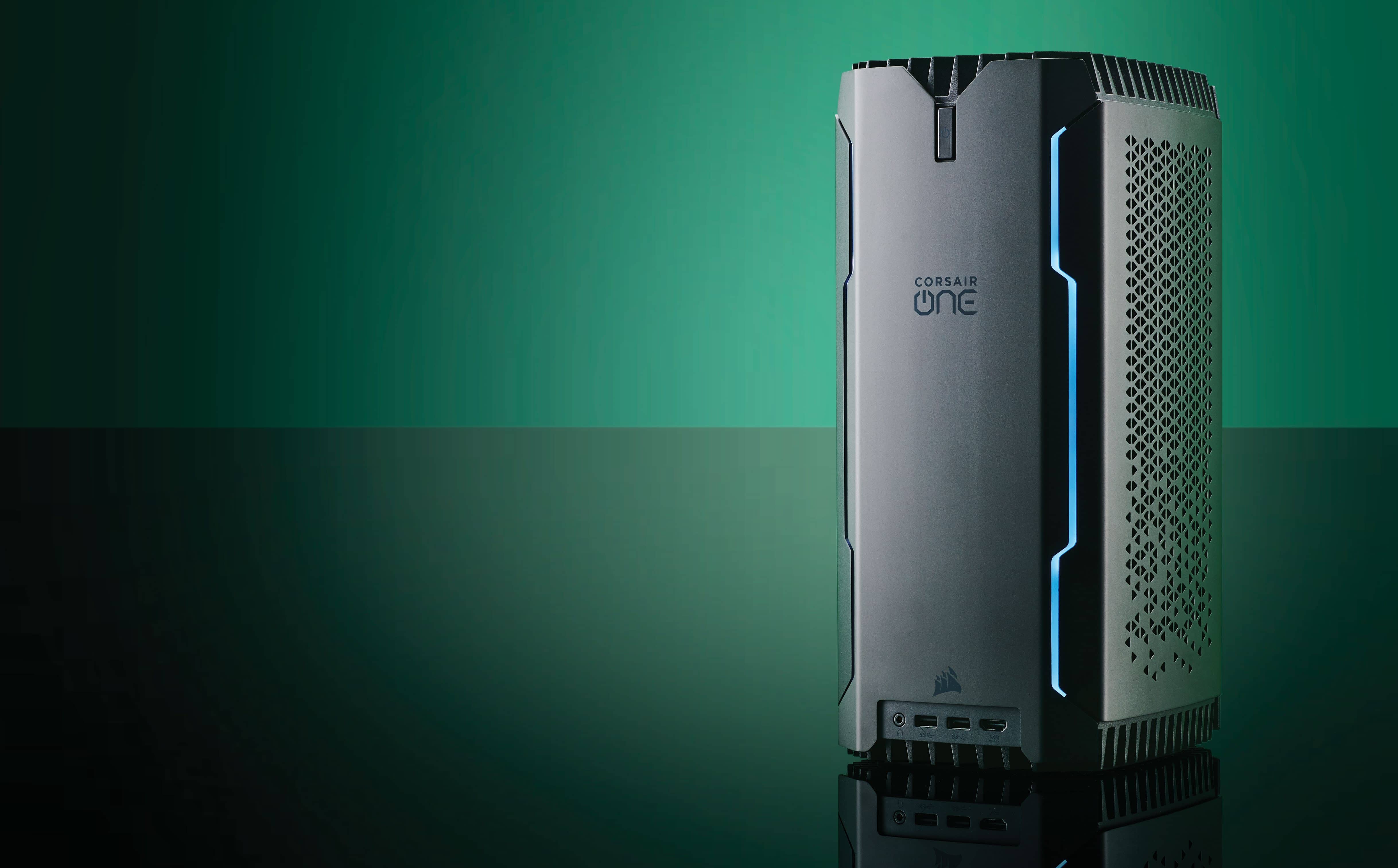 Return of the king

OUR FAVORITE compact desktop PC is back! The Corsair One returns with, at first glance, no discernible changes. The solid metal case is exactly as we remember it —a thin tower with a tiny square footprint, gunmetal gray, with two tasteful RGB strips inlaid down the front. But this isn’t the same machine we’ve seen and loved before; this Corsair One is a traitor to its kin, because inside that outer shell is an AMD Ryzen processor.

You might’ve guessed this already from the name: “a” for AMD, much like the Intel-powered One models use ‘i’. The processor in question is a Ryzen 9 3950X, a 16-core beast of a chip that currently occupies the top of the Ryzen pecking order. When it comes to gaming, AMD finally has a Ryzen chip that can compete with Intel’s similarly powerful offerings.

This isn’t a Pro version of the One, so as per Corsair’s modus operandi it’s a more gaming-oriented system. That’s not to say that the processor and graphics card can’t handle workstation-level tasks; all it really means is a relatively conservative 32GB of RAM and a slightly smaller power supply. A Ryzen-powered One Pro has yet to be announced, but we wouldn’t be surprised to see one. The a100 is simply better suited for hardcore gaming; that being said, Nvidia’s new studio drivers are always an option.