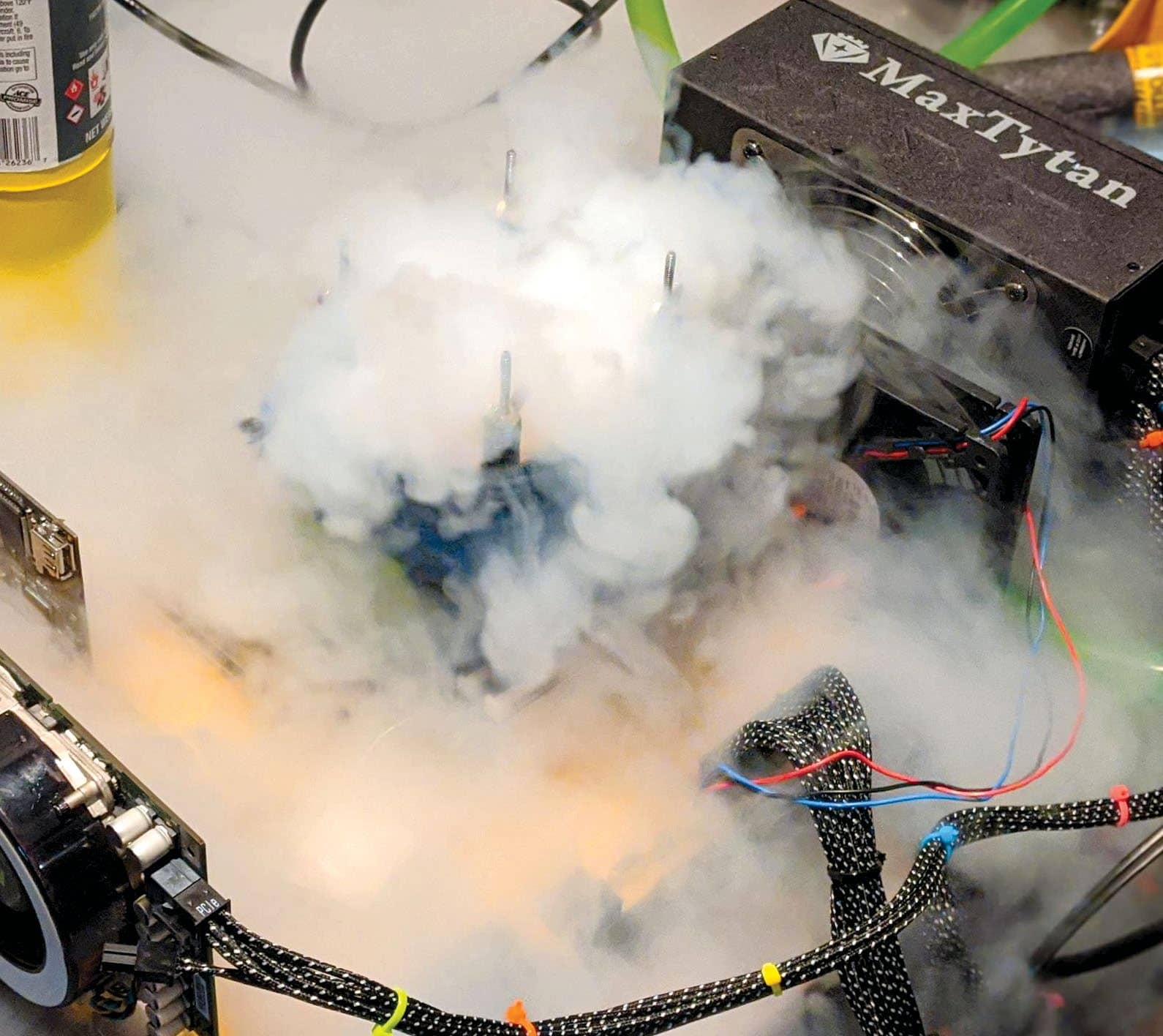 Want to be a competitive overclocker? Here’s how to get started, by Scharon Harding

OVERCLOCKING boosts your performance, but what about your street cred? You can boast about your achievements to friends, but when you’re ready to show the world your skills, there’s competitive overclocking. Competitors enjoy a vast community online and at events worldwide. There are also prizes for winning competitions and breaking records. Competitive overclockers’ ultimate destination is HWBot, which hosts global overclocking competitions and maintains a database of world records. Place near the top of one of its ranking boards, and you’ve made it.

Sound exciting? For those new to overclocking or interested in competing, we’re here to help. Here are successful professional overclockers’ best tips for getting started.

Start with CPUs or RAM, not graphics cards. Premium graphics cards are usually more expensive than CPUs or RAM kits, so you’ll be more upset if you kill one by pushing it too hard. CPUs and RAM are also easier to overclock.

CPUs are the most popular starting point. Like other components, they also have built-in safety features, like thermal throttling, to help avoid damage from excessive voltage or inadequate cooling. In addition, keeping your CPU’s heat at bay is easier than cooling “most reference GPUs” according to Albrecht Mesotten, who’s been competing since 2009. “It’s also much easier to test stability for a CPU than for a GPU, he added.

Mesotten points to the different requirements needed for the benchmarks, such as operating systems, even outdated platforms like Windows XP. One of the trickiest parts is that you need a multitude of operating systems available for your setup to get the best performance. If you spend a lot, you’ll be that much more in the hole if a product gets damaged.

If you’re air cooling your CPU, you’ll probably hit a maximum of 4.8-5.2GHz on Intel’s 7th generation and later K-series processors, depending on your luck with the silicon lottery—variances in silicon that result in different performance among processors with the same model number. AMD’s 2nd-generation Ryzen processors will reach 3.8-4.2GHz with a beefy air cooler. If you want to go higher, you need to upgrade your cooling, a milestone for serious overclockers. To be highly competitive, you’ll want to get into liquid nitrogen (aka LN2).

But you don’t have to start with LN2. Cooling is one of the biggest challenges for newbie overclockers. So, consider working your way up from air or water cooling to single-stage cooling and cascade cooling, before graduating to liquid nitrogen. “Whether the new overclocker wants to do 2D processor benchmarking or 3D graphics card benchmarking, the most important aspect to overclocking is ambient cooling testing. The first step for beginners is to obtain a high-performance air cooler or some variety of liquid cooler,” David Miller, a competitor since 2010, told us. Also, consider building your own water-cooling loop. Mesotten said that, while all-in-one water coolers are nice, they don’t offer the same performance as a custom setup.

Single-stage cooling uses a compressor that can let you reach subzero temperatures—around -40C to -60C. When you move on to cascade cooling, you can hit around -80C. But liquid nitrogen will let you drop your CPU temps even further, to -197C.

TOOLS OF THE TRADE

Choose your equipment with care. Enthusiasts are very vocal about their preferred brands. Unfortunately, however, there’s no magic formula of brands and products that’ll guarantee a record-breaking rig, but we did get some advice from the experts for building your overclocking system.

“It’s always good to test each individual component and then build them up. The trick is really to find each particular component that is good, and then bring them in and build something out of it. Because if you have one weak component, obviously that’s going to be your weakest link,” Joe Stepongzi, a competitive overclocker since 2009, explained. “It is good to test each individual component separately in some way, so we use different benchmarks to do that. Once we’re happy with that, we bring them all together and put it to work.”

Which CPU is best to start your overclocking career? Experts we spoke to recommended Intel’s K series, such as the 8700K or 9900K, which are unlocked for overclocking. Mesotten advises against high-end, non-K Intel CPUs, since these are locked and not as overclockable. Almost all AMD CPUs have unlocked multipliers, which will help you bring out a few hundred MHz of extra power.