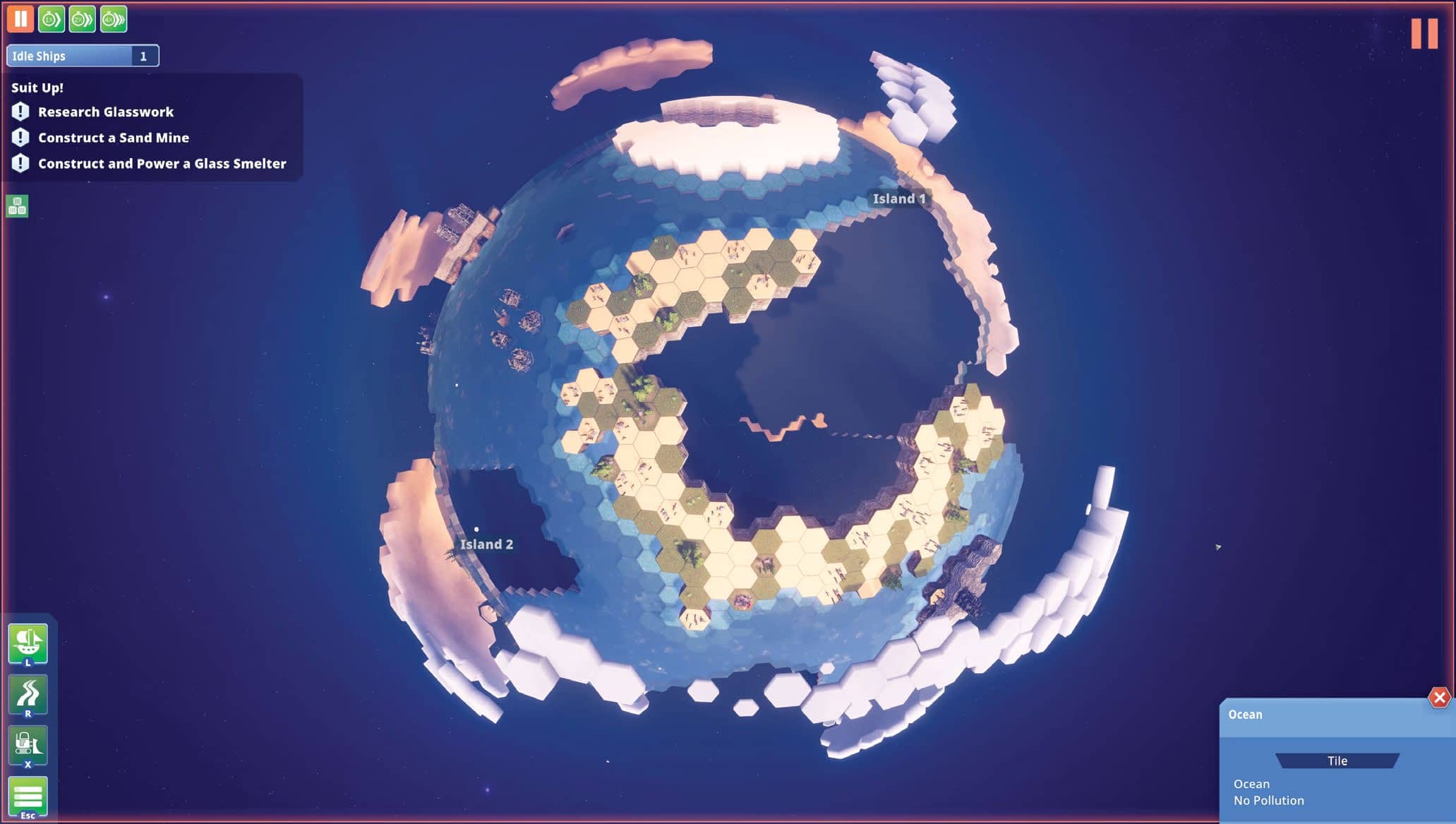 Build a cosy colony, but beware of the whales

READERS OF A NERVOUS disposition may want to look over the page at the game in which you chainsaw bad guys, because despite its nonviolent nature, city and planet-builder Before We Leave hides a dark secret: It calls its population “peeps.”

Players who can get past the twee, however, will discover a 4X game without the extermination—a 3X if you like—in which your citizens emerge from an underground bunker to revel in the sunlight of a rejuvenated world. What the disaster was that forced them down into the darkness we’re not told, but judging from the artifacts left on the surface, the peeps’ ancestors were once an advanced spacefaring civilization.