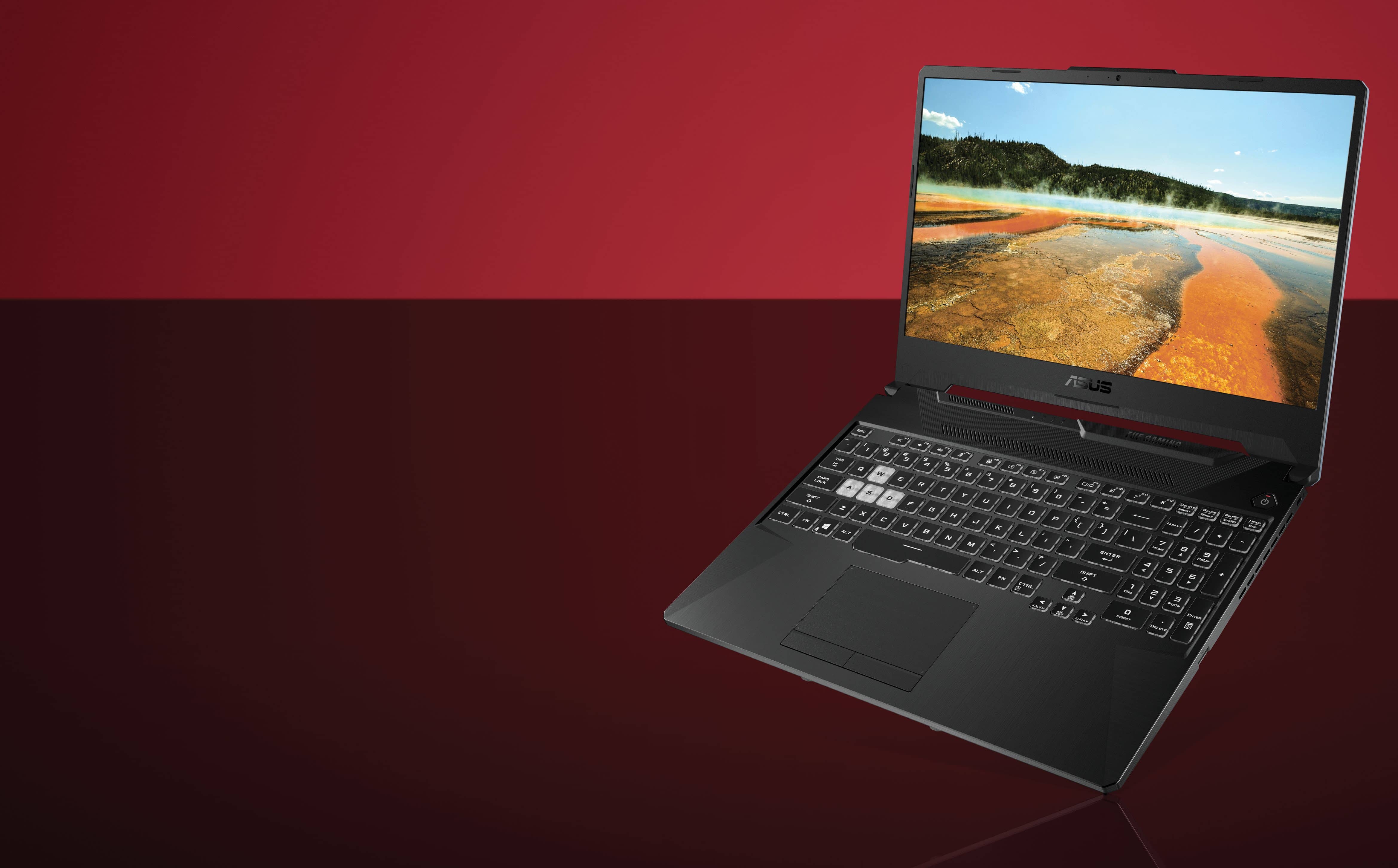 AMD’S 4000 SERIES of Ryzen CPUs has finally arrived for laptop manufacturers to stuff into their systems, and the first we’ll be taking a look at is the TUF Gaming A15 FA506 from Asus. This powerhouse gaming laptop comes with the 8-core, 16-thread Ryzen 7 4800H, although a 6-core 4600H model is also available.

So, how does this processor measure up? Performance in CPU-bound tests was good, comfortably outstripping last-gen AMD and Intel chips in an exceptional manner that didn’t result in heat or noise spikes. The FA506 ran cool throughout our benchmarking process, even using the “performance” preset in Asus’s Armory Crate software. A dual fan setup means it isn’t silent, but compared to some of the jet-engine gaming laptops we’ve heard, it’s impressively low-key.

This is in part due to Asus’s excellent work on the FA506’s chassis, but also due to the 4800H’s relatively low thermal design power of 45W, which exactly matches the TDP of our zero-point gaming laptop’s Intel Core i9-8750H processor. Considering that the newer 4800H hit almost double the 8750H’s performance in Cinebench R15, we’re impressed.

The FA506 surprises again by being one of the few “military-grade” gaming laptops that actually looks like it could be a piece of military hardware. The brushed metal body is almost entirely black, save for the back of the display, which is gun-metal gray, with a small hexagonal bolt in each corner. As far as we can tell, these are purely aesthetic, but we like it. An RGB-backlit keyboard ruins the image a bit—we can’t imagine controlling a Predator missile with rainbow-lit keys— but it’s easy enough to turn off.