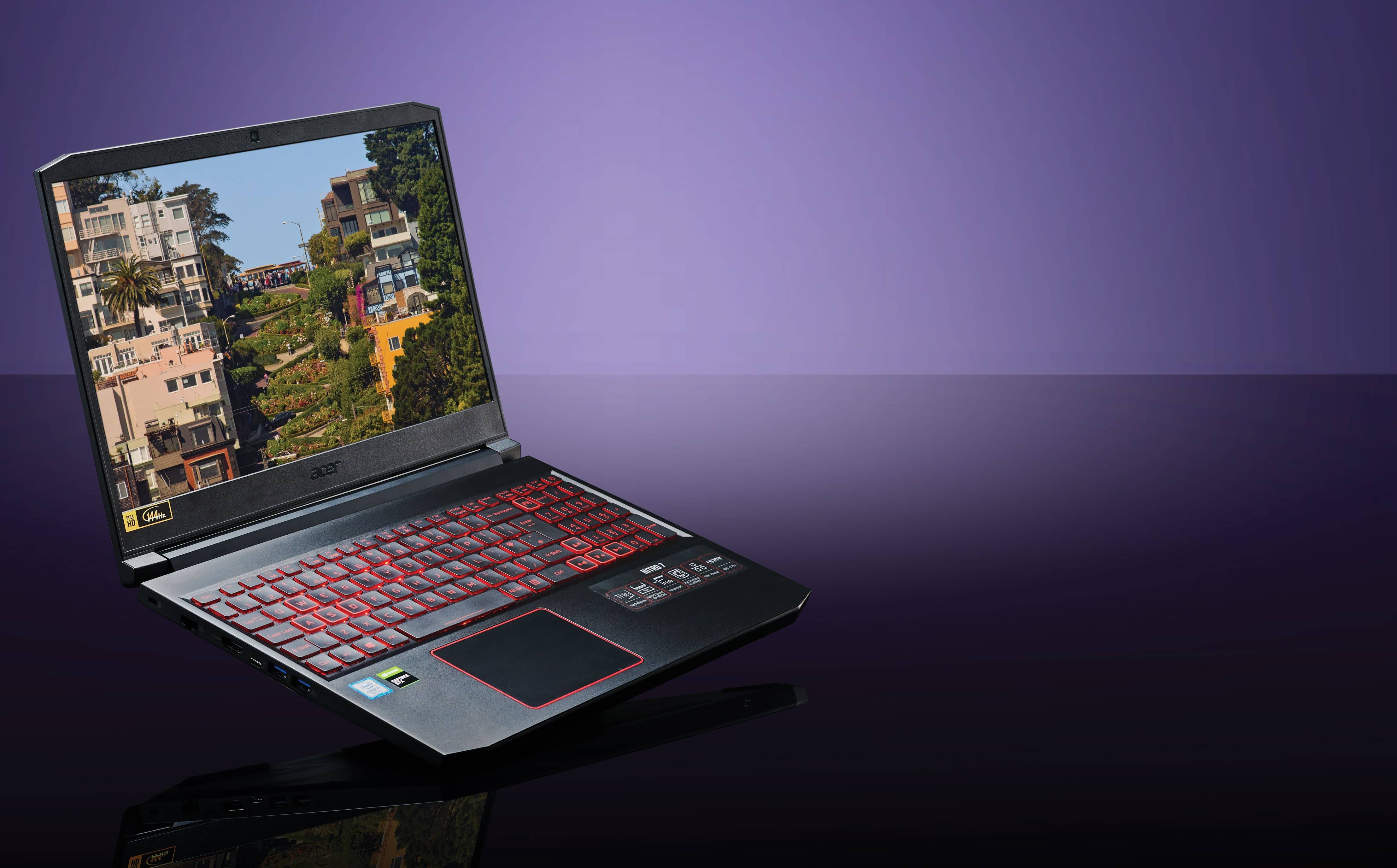 THE NITRO 7 isn’t immediately exciting. It looks exactly how we imagine a “gaming laptop” should look: Sturdy, with a big screen, and red keys against an all-black chassis. It’s relatively well-made, but it doesn’t jump out at us like some new laptops do. That’s not to say we don’t like it; despite its metal exterior and large screen, the Nitro 7 barely weighs five pounds, and is easy enough to slip into a shoulder bag when you’re on the move.

Let’s talk about that screen first. It’s a standard 15.6-inch 1080p panel, with a crisp 144Hz refresh rate, ideal for twitchy shooters. The brightness and color density are good, although we wish the chunky upper and lower bezels were a bit smaller—a change that could potentially shrink the laptop’s overall footprint too. The display’s hinge leaves a lot to be desired, as the screen wobbles a bit whenever its position is adjusted. We’d like the entire thing to feel a bit more robust, but it doesn’t quite verge into feeling cheap. This isn’t a chassis to rave about, but the metal construction does look good.